82-year-old is self-proclaimed 'tough, old broad' when it comes to the snow

Muskegon's Marlene Downing embraces the snow and cold temperatures, says it reminds her of growing up in North Dakota. 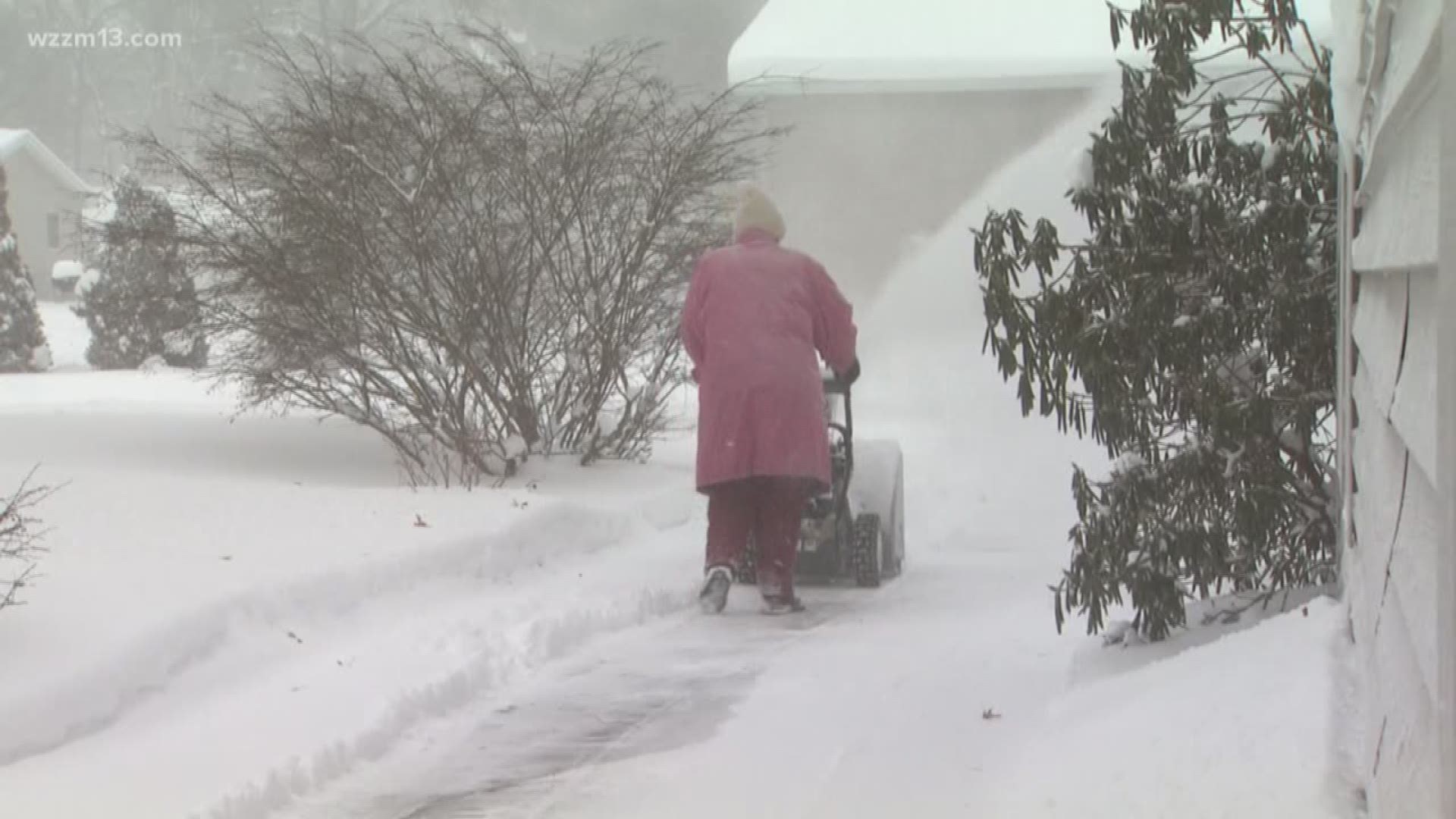 MUSKEGON, Mich. — The temperature in Muskegon around noon Tuesday, Jan. 29 was 10-degrees. The cold didn't keep 82-year-old Marlene Downing from starting her snow blower and clearing her drive way.

"I was waiting for this snow," she said. The cold reminds her of her youth growing up in Harvey, North Dakota.

"They never shut anything down," she said.

Some high temperatures in that state Tuesday were -20 degrees. It was the kind of upbringing that gave Downing the ability to embrace cold weather. Her children and grandchildren have told her to stay inside and give up snow blowing.

A photo of Downing snow blowing received a whole lot of attention on Facebook this week. It has some calling Marlene Downing Muskegon's "snow blowing granny."

Downing says she loves snow blowing in part because the powerful machine reminds her of the Harley-Davidson she rides in the summer. "I think the engine sounds like my Harley," she said. She put more than 135,000 miles on the bike. Many of those miles with her dog Pippa riding in the side-car.

"She just likes to ride," she said.