A hit-and-run crash prompted Saturday's motorcycle ride, which was aimed at seeking justice and spreading awareness. 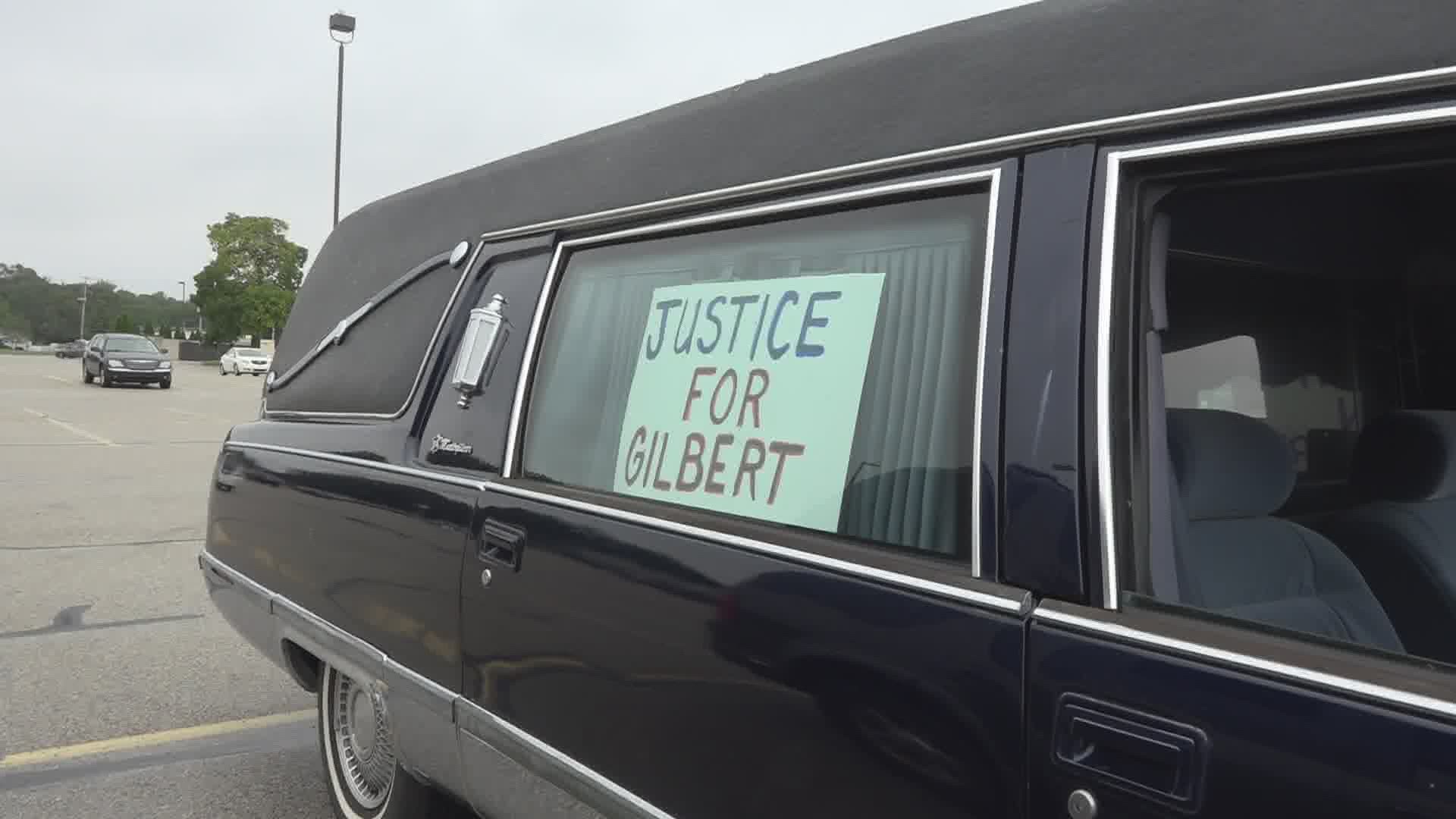 MUSKEGON, Mich. — It was supposed to rain, but the clouds stayed full throughout a Muskegon Motorcycle Memorial Saturday afternoon.

It has now been over two weeks since Olson learned about the death of her 44-year-old son. Police officers called her around midnight about a crash that happened around 4 p.m, according to his father, Mike Olson.

Martinez died on Aug. 30 in the crash at the intersection of Shoreline Drive and Ottawa Street. He just bought his bike two weeks before he got on the road for the last time. Police said the crash was a hit-and-run and they are still looking for the suspect. Witnesses have given a full description of the car that they said intentionally hit Martinez, according to police reports.

Mike Olson is asking that whoever hit his son just turn themselves in to help them get back their peace.

"We don't hold it against you and understand that sometimes people lose their temper but we have to know what happened. We need justice," said Olson.

Credit: Courtesy
A roadside memorial for Gilbert Martinez, a 44-year-old man who died in Muskegon motorcycle crash. The vehicle involved fled the scene.

At Saturday afternoon's memorial ride, participants also promoted a message of safety. There were 122 motorcycle fatalities in Michigan last year according to Michigan State Police data, which is a 9% decrease from 2018.

"I wish the public would understand how important motorcycling is," said Alex Quick, a member of the Hooligans Motorcycle Enthusiast, a Michigan Motorcycling Facebook group. "When you see a whole group, we aren't just riding together; it might be for a charity. It is really a community thing. If you see a bunch of bikes don't do anything stupid, just calm down and give us the right of  way. It's important."

While safety was a part of Saturday's ride, the event was also a fundraising both to aid Martinez's family and help achieve justice.

"We have a GoFundMe. We have a reward fund. We have a goal to not only cover the funeral costs but to also set aside something to start up for his kids hopefully," Quick said.