Vacant retail space in Muskegon is being put to use. 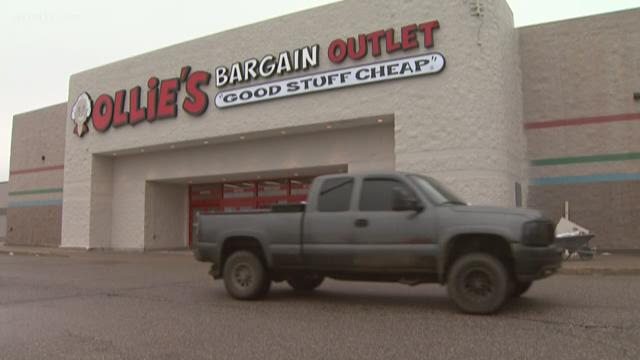 A bargain retailer, with stores in 21 states, chose a Muskegon location to enter the West Michigan market for the first time.

Ollie's Bargain Outlet will open in mid-April inside the Sherman Boulevard space Target left in 2007. The space has sat vacant ever since Target left for a new location in Fruitport Township.

It's often very difficult for developers to find new uses for closed big-box stores like Target and K-mart.

Muskegon County has two vacant former K-mart locations, one in Norton Shores that closed in 2004 and another in Muskegon Township that closed in 2017. Both retail locations are more than 100-thousand square feet in size. The size is one reason developers choose to invest their money in smaller location.

Muskegon's Planning Director Mike Franzak is pleased owners of the former Target location in his city divided the space into three smaller retail suites. "It is important for the whole area to get those vacant buildings up and running again," said Franzak.

Ollie's Bargain Outlet will share space with Planet 3 Extreme Air Park. The trampoline park center should be open before summer. California-based Pacifica Muskegon LLC is in talks with a retailer to occupy the third space at the former Target.

"There has been retail challenges across the country lately," Franzak said. "But we are starting to see that come back here which is great.

Mercy Health Partners is considering options to use the vacant former Old Country Buffet near the property. "We think that might tie in well to bring some extra people in the area" Franzak said.

According to its' website Ollie's Bargain Outlet is one of America's largest retailers of closeout merchandise and excess inventory. The store sells everything from housewares and sporting goods to flooring and food.