Downtown Muskegon was already pretty close to the beach, and now it's even closer. 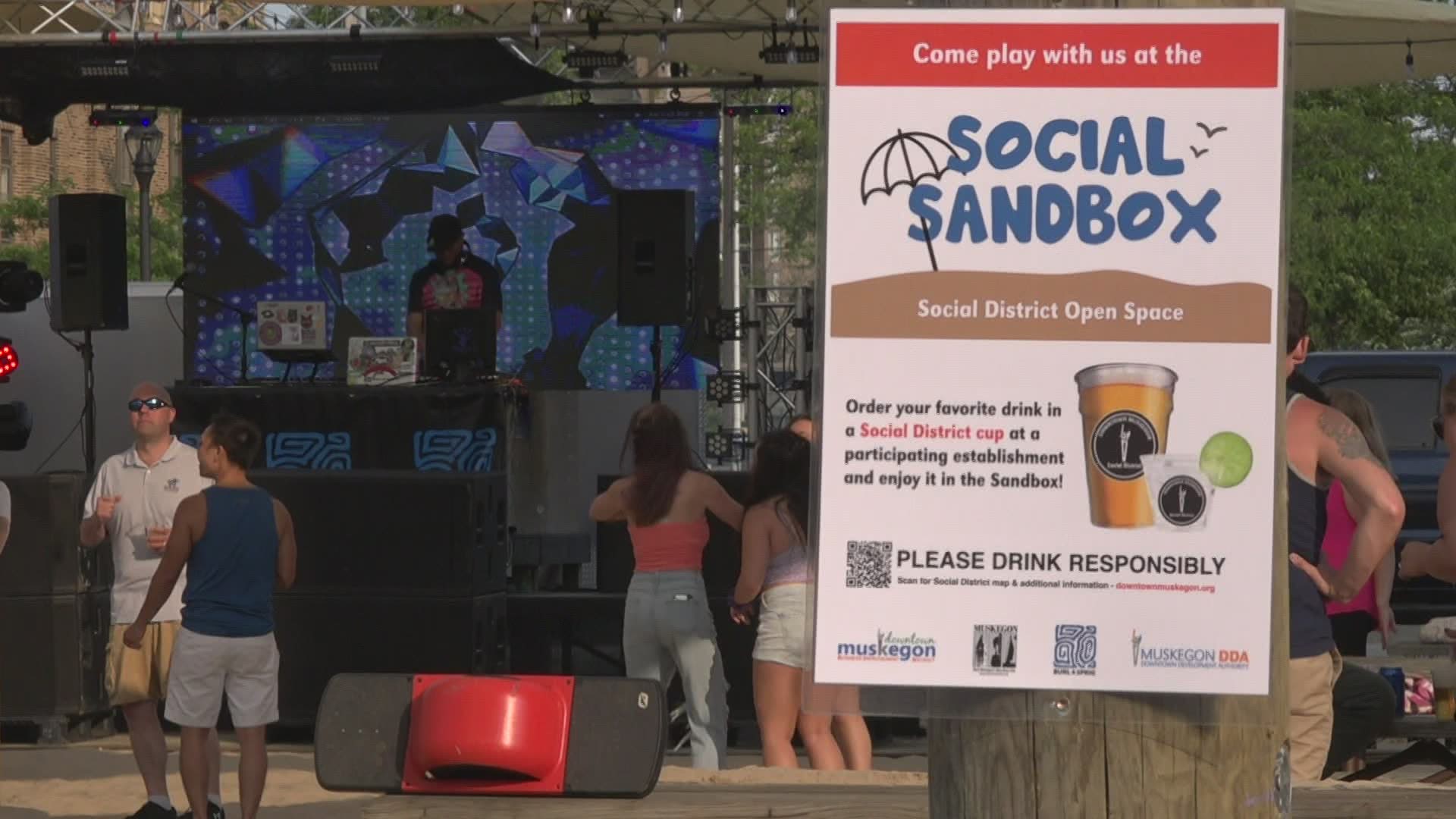 MUSKEGON, Mich. — As you approach downtown, you can hear the music from blocks away. Summer energy is back in Muskegon and now people have a chance to experience that energy like never before.

A previously unused lot at the corner of 2nd Street and Western Avenue has been transformed into what's being called a "Social Sandbox." It's part of the downtown Muskegon social district.

"We got the land from the developer here and we were just like we want it to be something, and it was overgrown, and it was where the old mall used to be, and so we just had a crazy idea to make it a beach," said Jessie Wilde who serves as the marketing and communications director for the Burl & Sprig cocktail bar.

Along with the sand, sun sails and garden lights have been added to the lot.

"You want to come at night. It’s so amazing. We turned them on for the first time last night," Wilde said.

During the holiday weekend, the Social Sandbox will serve as a second stage for the "We Discover Festival" that's bringing EDM music and hot rods to the downtown area. But after the festival is gone, the sand and stage will stay. People can grab food and drinks from participating social district businesses and walk to the sandbox to enjoy them.

The Social Sandbox is a collaboration between the City of Muskegon, the Muskegon Lakeshore Chamber of Commerce, Burl & Sprig, and Ramos and Sons Auto Body.

"They’re constantly rebuilding and redefining downtown Muskegon and I think this is just an awesome opportunity for our community to just come together and have a good time," Wilde said. 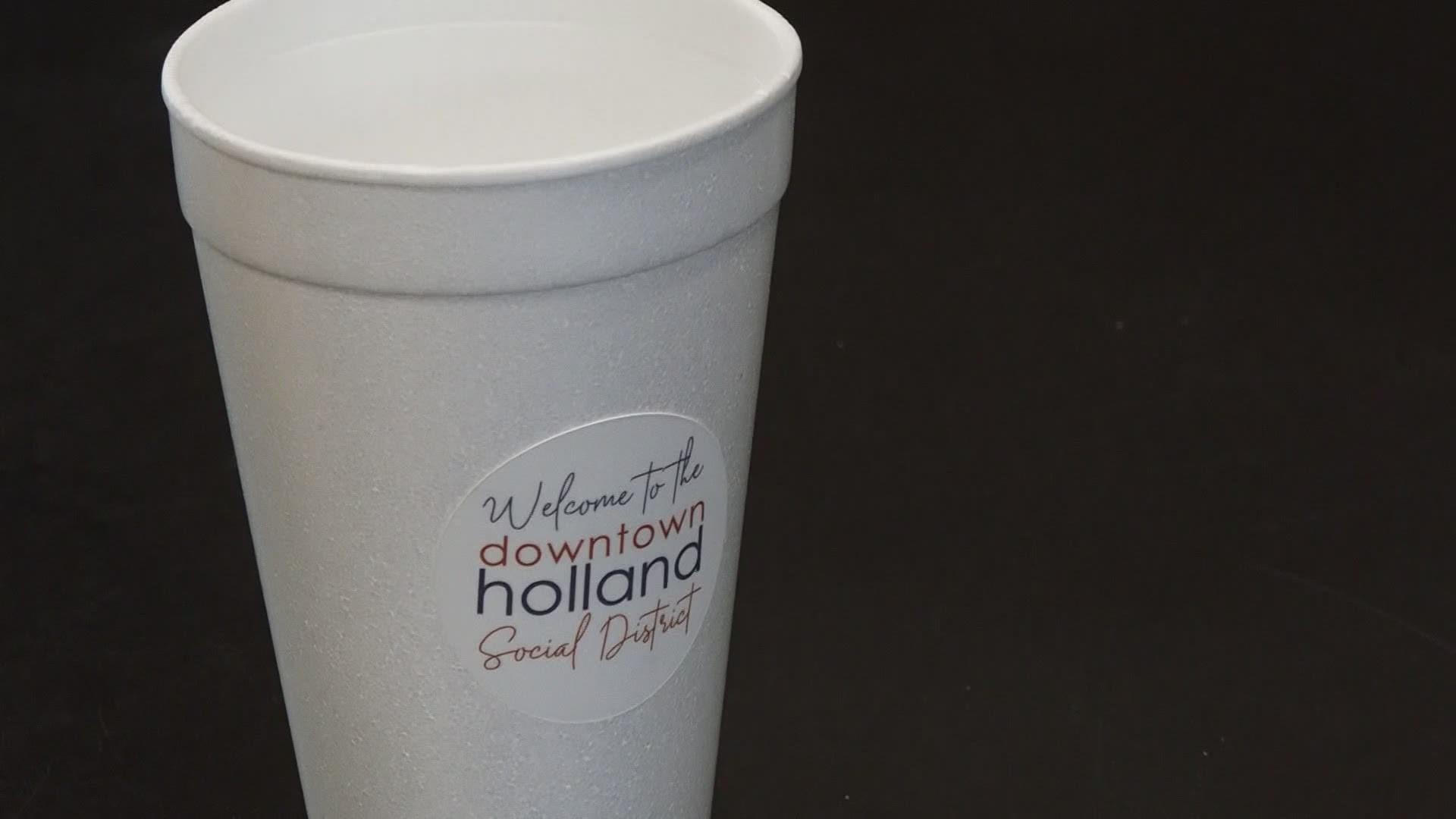