Nearly $1 million worth of renovations are underway at the L.C. Walker Arena to improve fan experience and turn 58-year old venue into social gathering spot. 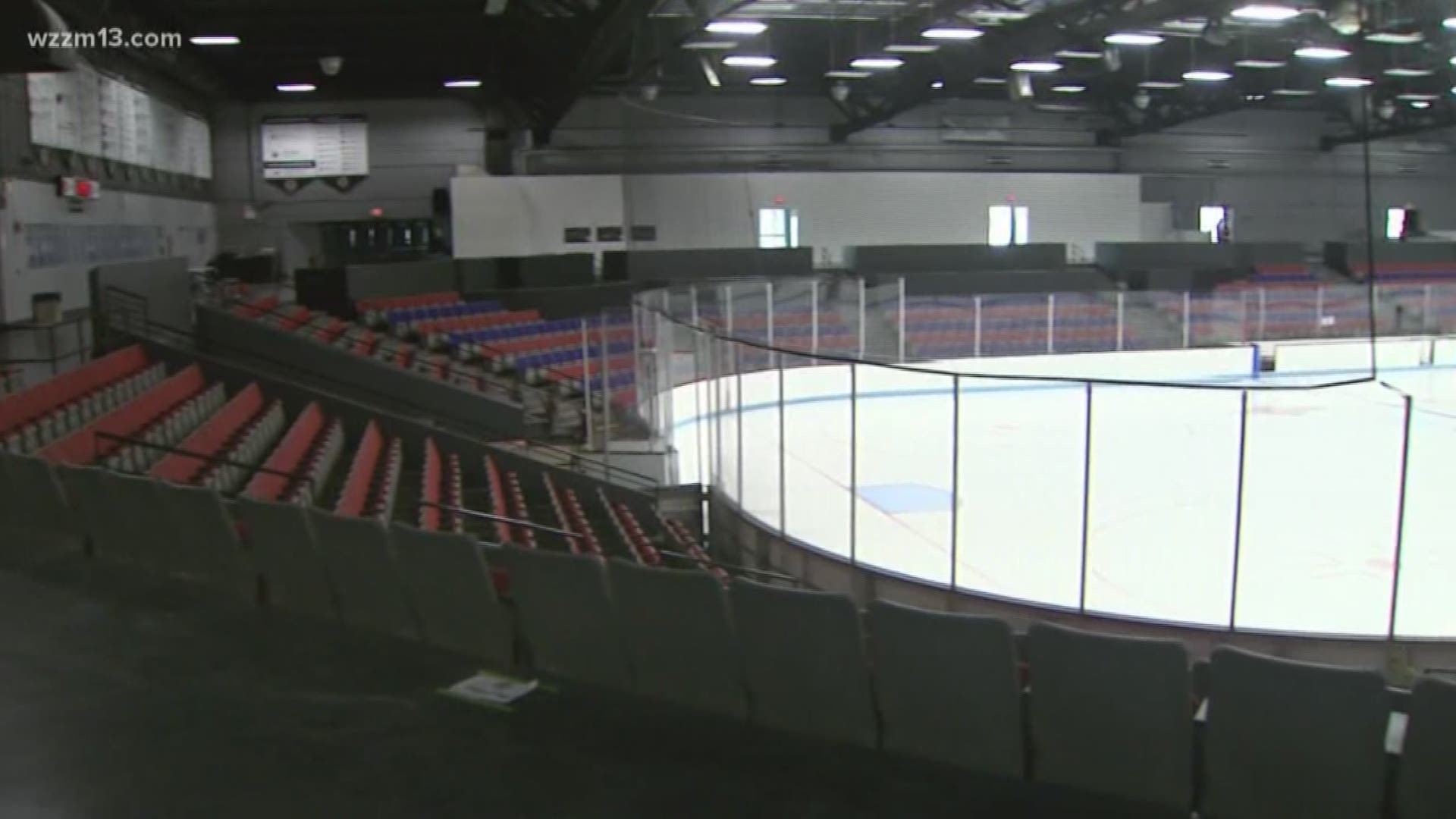 MUSKEGON, Mich. - Nearly $1 million worth of renovations are underway at the L.C. Walker Arena in downtown Muskegon. The home to the Muskegon Lumberjacks is 58-years old. The work should improve the fan experience and create a social gather spot in the city's downtown.

"When your walk in it's going to be a much more open feeling than it has been in the past. It's brighter, and I think fans are going to be thrilled," said Mike McCall, Muskegon Lumberjacks' president of business operations.

Workers have until Oct. 12 to finish the project. The team's first home game is Oct. 13.

Fans will notice the upper bowl is gone. What's left is a lower bowl with a larger concourse that will be filled with other seating and standing options.

"This is really going to be a very intimate arena for hockey because all of the fans are now going to be in one level instead of two," said McCall.

"You are in row seven hanging over the glass almost," said Mike Hamilton, Muskegon Lumberjacks Coach. "So it's awesome."

Workers continue building out the new seating area that include suites, a club area, party decks and a kids zone.

The glass around the ice has been replaced with the same kind that's used at NHL arenas.

Other improvements fans will notice include new concession options and renovated restrooms.

The project aims to make attending a game feel like you've just stepped into your favorite sports bar. And McCall says it's happening just as Muskegon's downtown is turning a corner.

"The one thing we focused on was trying to create something for everybody here at L.C.Walker Arena," said McCall.

Muskegon has a long history with hockey. The renovation should attract old and new fans to the arena and game.