His family says 16-year-old Zamarian Cooper was protecting his younger sister when guns were fired at a birthday party Saturday night. 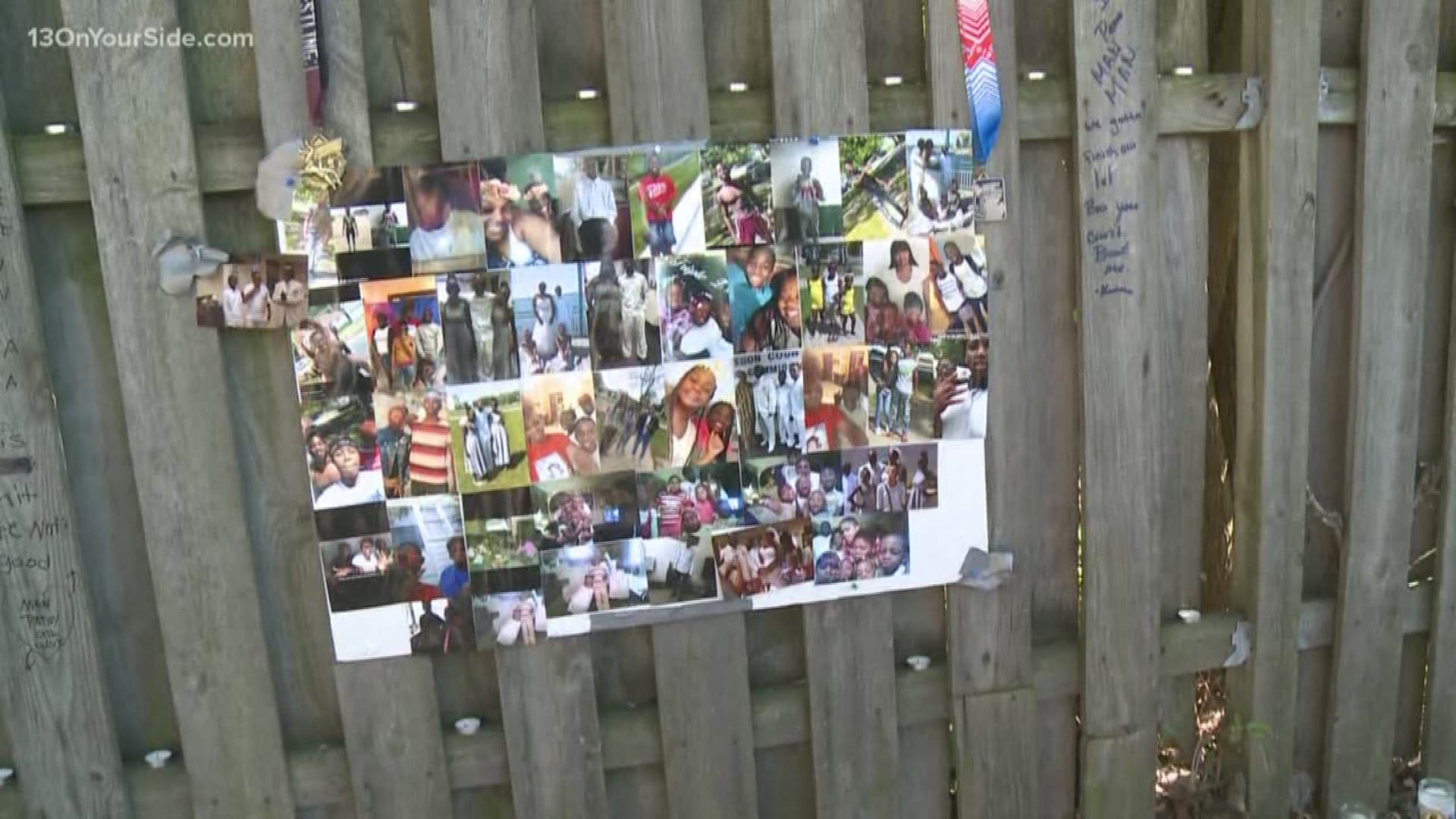 MUSKEGON, Mich. — His family says the 16-year-old Muskegon boy shot to death this weekend died shielding his sister and making sure she was safe.

They say Zamarian Cooper is a hero.

“He was just running and protecting his sister,” explains his mother, Keata Bailey.

Cooper and his younger sister, Zaquia, were at a birthday party near their grandmother's Muskegon home Saturday night when a fight started and people started shooting. He grabbed her hand and protected her as they ran for safety. She made it. He didn’t.

“Everybody is shooting, pow-pow-pow,” recalls Zaquia Cooper. “I was hiding under a car. My brother was by a pole. He said 'tell Mama I love her and I love you, too. I didn’t know he was hurt. We just started running and he fell right there,” she says pointing to a spot where the family and friends have created a shrine with candles and photographs.

She said he told her to keep running.

“My son never made it home,” says Keata Bailey. "I shouldn't be having to bury my 16-year-old."

Ten years ago, when he was age 6, Zamarian nearly died when a mysterious illness put him in intensive care for weeks.

"He fought a long fight. That was my miracle child," said the boy's mother.

But he survived, and in high school he was a wrestler and saxophone player in the school band.

Credit: WZZM
Zamarian Cooper in 2010, about a year after he was hospitalized with a life-threatening, mysterious illness.

“Zamarian wasn’t a bad kid,” says his mother. “Never had a criminal history or trouble with the law. He was loved by everybody.”

The family and their friends are raising money for Zamarian’s funeral by washing cars and serving supporters food at the corner of Wood Street and Laketon Avenue near the spot where the teenager was killed.

"If it takes every breath in me, I'm gonna fight for him. I'm gonna get justice for my son," said Keata Bailey.