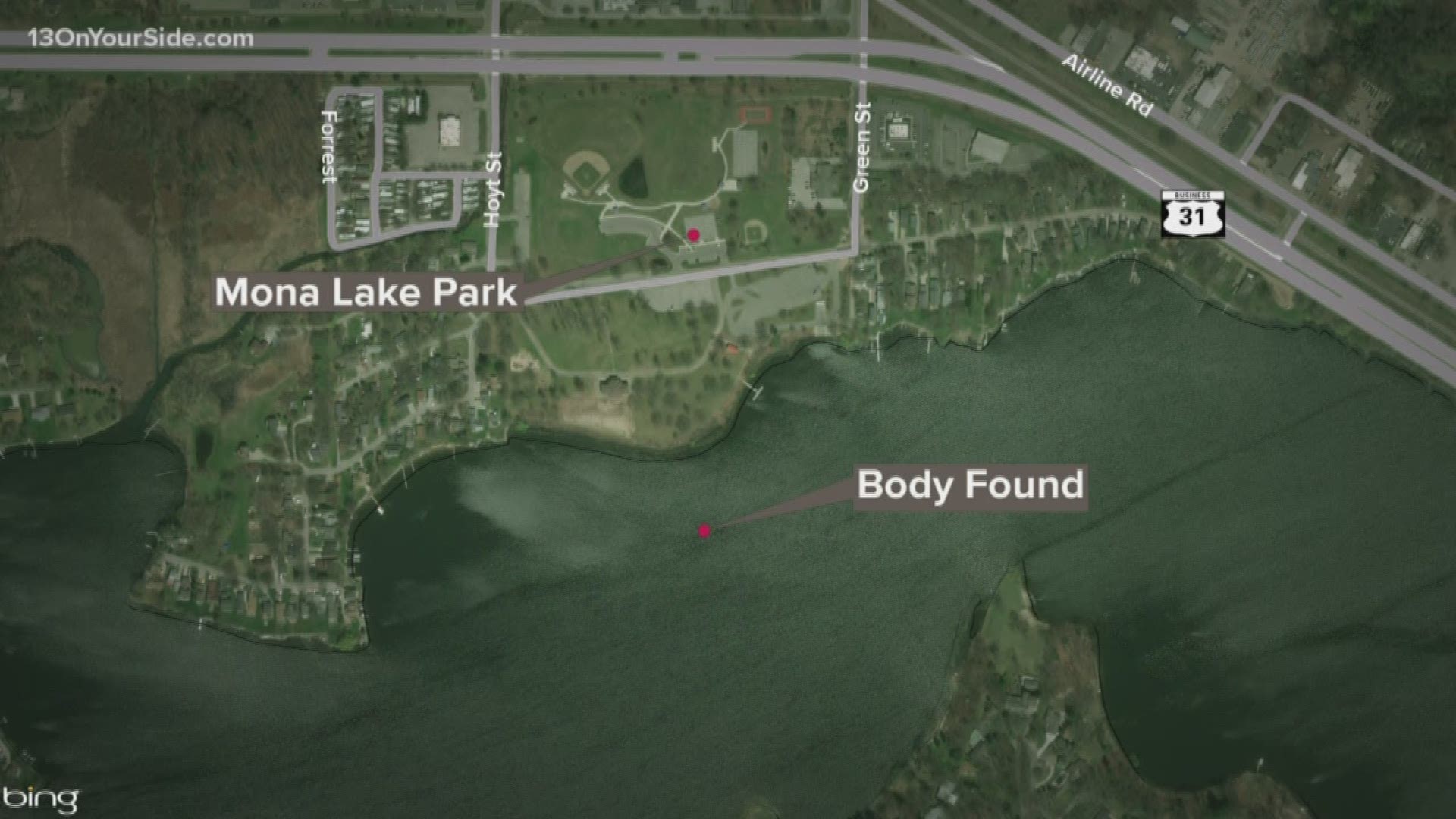 MUSKEGON HEIGHTS, Mich. — UPDATE: Muskegon Heights Police identified the man found in the water at Mona Lake Park as 71-year-old James Alan Hiza. No other details about the incident were released.

MUSKEGON HEIGHTS, Mich. - Police recovered the body of a man from Mona Lake on Tuesday afternoon.

Muskegon Heights Police Chief Joseph Thomas said it appears to be a white male likely in his 60s. The body was recovered around 3:30 p.m. on March 24.

Thomas says the identity of the man is unknown at this time.

The body was about 15-feet from shore at Mona Lake Park. Two people walking at the park spotted the body floating face down in the water and called 911.

Thomas says there’s no sign of trauma to the body or the man's clothing. The man’s glasses were still in place.

Muskegon Heights Police will do a full investigation.

The department believes the man is an area resident and they’re asking anyone who might know the identity of the man to call the Muskegon Heights Police Department at (231) 733-8900.