When all the work is done, not only will there be a new hospital, but also the centralization of Mercy Health's inpatient services will be at one campus in Muskegon. 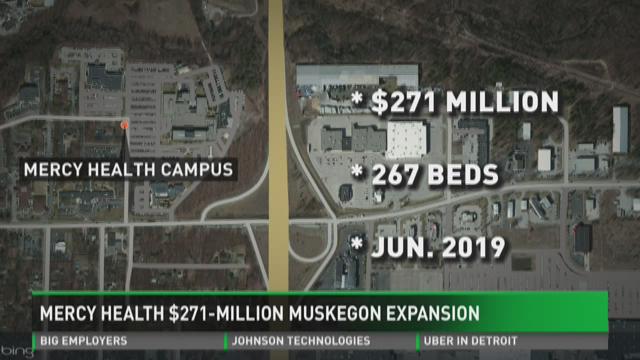 Mercy Health began a major and transformative construction project Tuesday in Muskegon. It's one that's not expected to finish until June 2019.

When all the work is done, not only will there be a new hospital, but also the centralization of Mercy Health's inpatient services will be at one campus in Muskegon.

At $271 million, it's believed to be the single largest construction project ever in the county.

Monday, Sept. 19, workers were busy setting up a large tent just outside the hospital at 1500 East Sherman Blvd. in Muskegon."Beyond excited, this is a day everybody had been waiting for for a really long time," said Erin Patrick, regional manager of communications and public relations for Mercy Health. 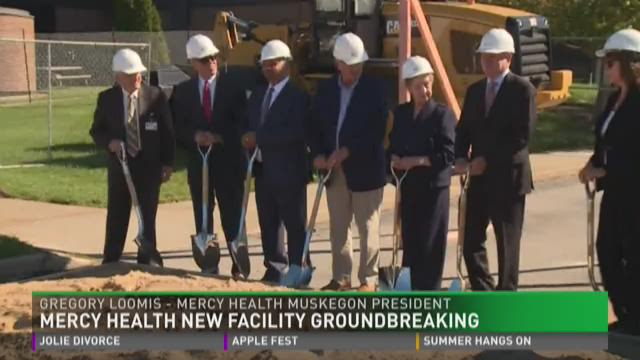 Tuesday, hospital leaders and invited guests gathered inside the tent, then just in front of the hospital break ground on the new medical center.

"This is something that is going to be revolutionary for Muskegon," said Patrick. "Nothing of this magnitude has ever happened construction wise for Muskegon County."

Hospital leaders say the facility will have a major economic impact on the region. The new center will be be an energy-efficient, green facility. The nine-story hospital will bring all Mercy Health Muskegon-area inpatient services to one campus.

For two-and a half years, 100 or more construction workers will be just down the road from Jessie and Ana Olson's restaurant.

"The economic gain for out community starts tomorrow but it is going to keep going years and years," said Cindy Larsen, President of Muskegon Lakeshore Chamber of Commerce.

Larsen says the hospital project is among $550 million in current projects in Muskegon County under construction and another $800 million more is development under consideration.

On Sept. 30 the chamber is hosting a breakfast talk centered around the billion dollars of projects.

"We are going to give an overview on all of the big project that are going on in our community," said Larsen.

Next on the list is Alcoa Howmet, followed by the county of Muskegon, Meijer and Adac Automotive.