This is the largest construction project ever in Muskegon County, Mercy Health says. 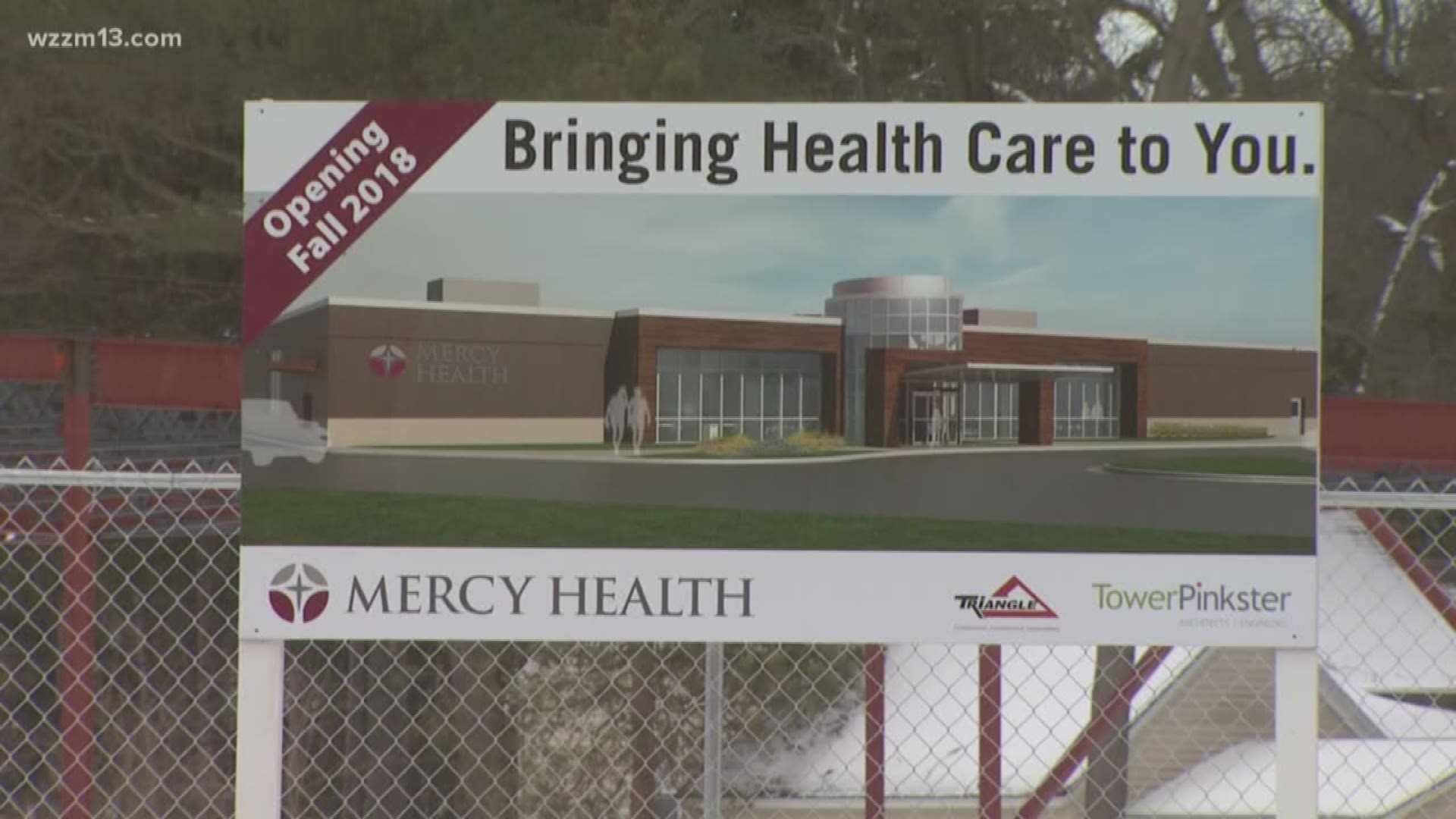 MUSKEGON, MI - If all goes as planned then a portion of Mercy Health's new Muskegon hospital will open in September.

The $271 million project includes the new hospital and renovations to the existing hospital.

According to the Catholic health care system, it's the largest construction project ever in Muskegon County.

The emergency department and operating rooms will be the first to receive patients. Site work for the new hospital began in May, 2016. The construction project is expected to finish late summer 2019. On average 300 workers from a variety of trades are at the site each day.

"The amount of change and the progress and pace that our construction partners are making on this is nothing short of amazing," said Nicholas Strait, Director of Clinical Consolidation Mercy Health.

The hospital will include 267 licensed beds, and inpatient rooms equipped with a wardrobe, flat-screen television, and wireless internet access.

Strait has been acting as primary tour guide for Mercy Health co-workers. Nearly every day he's escorting staff through the construction site.

"And it's amazing the excitement and the engagement we see from those colleges as they come through," said Strait.

Mercy Health is also building a primary and urgent care facility facility on Holton Road in North Muskegon. That facility is expected to open in November. And may turn the closed Old Country Buffet restaurant in Muskegon into a medical center.