Update: The victim has been identified as 29-year-old Lance Jenkins of Fruitport Township 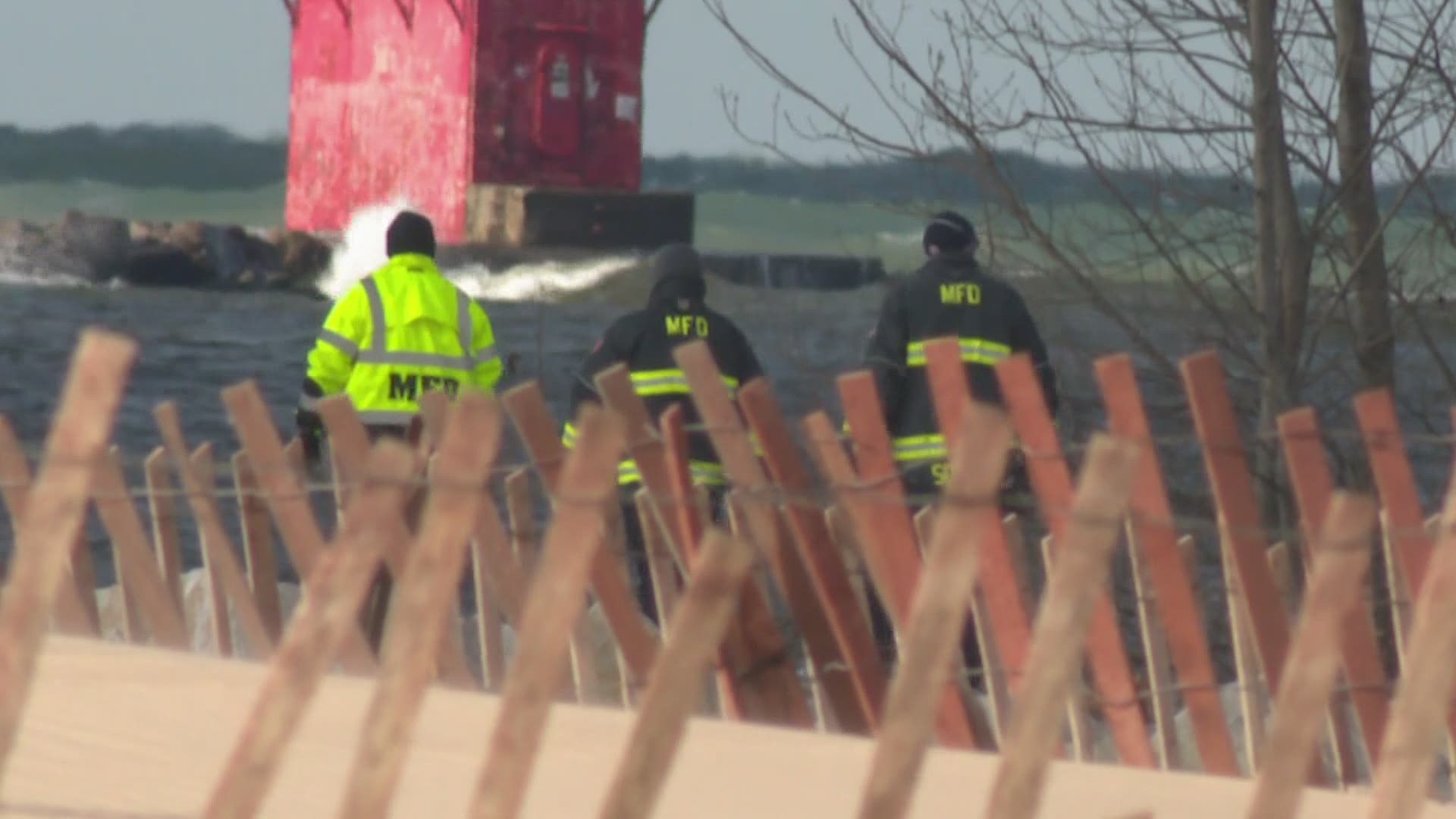 MUSKEGON, Mich. — A Muskegon area man is missing in Lake Michigan after going into the water from the Pere Marquette pier Sunday night.

First responders from the Muskegon Fire and Police Departments were dispatched to the south breakwall at Pere Marquette Park at around 10:12 p.m. Sunday. Upon arrival, officers located two men who said they had been on the pier with a third man when strong winds and large waves swept them into the water.

The first two men got themselves out of the lake and called 911. Police say the third man, who has been identified as 29-year-old Lance Jenkins of Fruitport Township, was located clinging to rocks on the north side of the south break wall.

Firefighters worked off the pier and by boat while attempting to rescue Jenkins, but police say weather and lake conditions prevented rescue. At the time, winds were gusting over 50 miles per hour and waves were between eight and 12 feet.

After several hours of rescue attempts and searching, the rescue was called off Sunday evening due to worsening conditions. Early Monday morning, the Coast Guard searched the lake by helicopter. Currently, firefighters are searching the rocks along the pier.

Lake conditions Monday morning were evaluated and determined to be too rough to send out divers and boats, police said.