Muskegon punts away home field advantage due to field conditions

Muskegon Big Reds football will open the 2019 playoffs with a home game on the road. 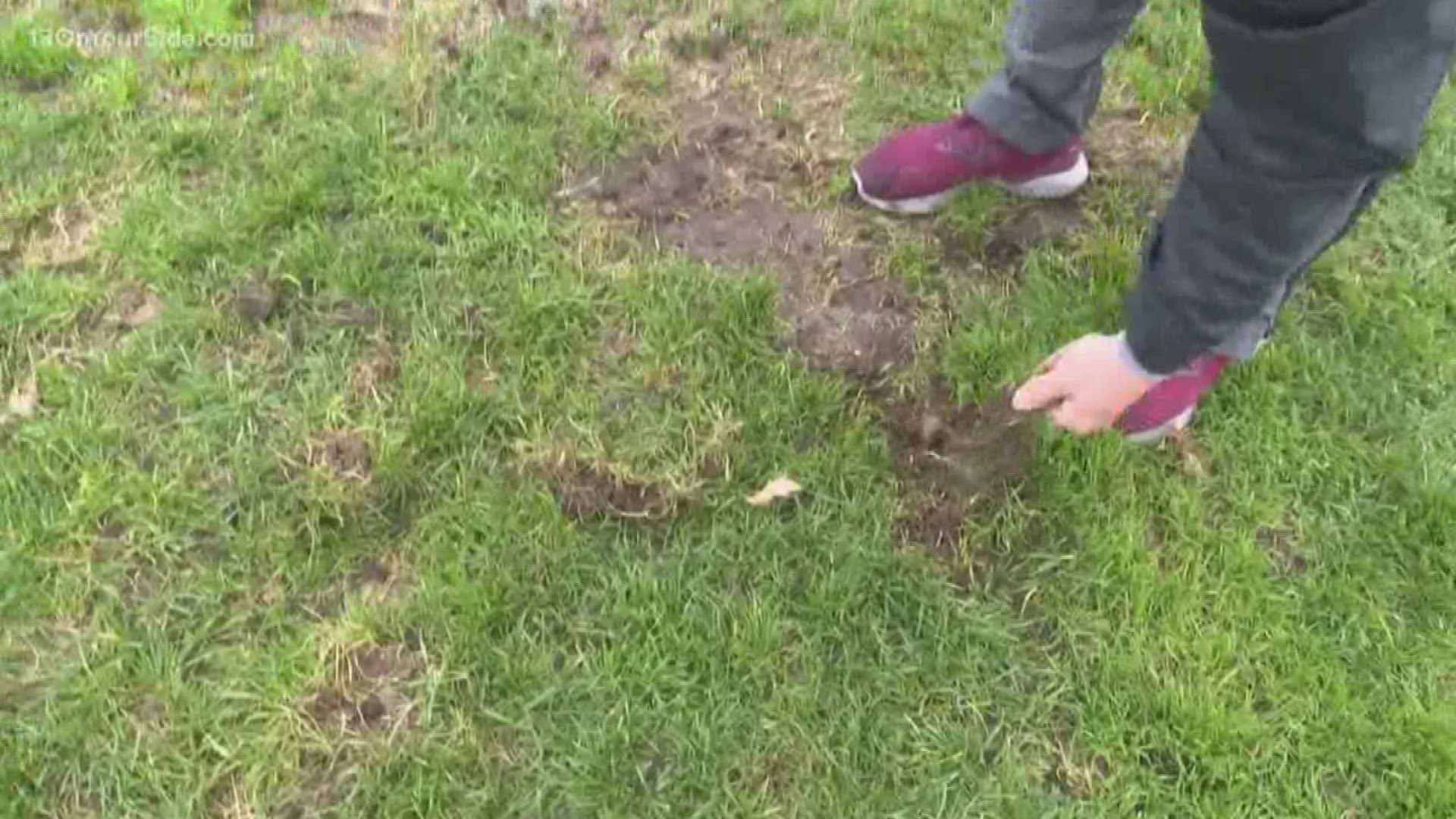 MUSKEGON, Mich. — It's becoming a tradition in Muskegon: the big Red Reds football team makes the playoffs, earns home field advantage, then punts that advantage away due to field conditions at Hackley Stadium.

The school has been playing football on the grass field for more than a century. It's the 10th season for Muskegon Big Reds' coach Shane Fairfield.

"We thought it was the best interest of our kids and our football team at this time to move the game and put it on a more playable surface," Guy said Wednesday.

Coach Fairfield inspected his team's home field Sunday. Since then conditions deteriorated even more due to additional rain.

"The ground clearly is unsafe," Fairfield said. "You can just see the ground moves."

Muskegon has moved home playoff games to Grand Haven and Holton in recent years. Cost estimates show replacing the grass at Hackley Stadium with artificial turf would cost at least $700,000.

Even during warm and dry Octobers and Novembers the grass field only holds up for one or two playoff games.

Muskegon Public Schools are in the process of finalizing an expected bond proposal that's tentatively planned to go before voters in May of 2020.

Informational videos on the district's web site list some athletic improvements that may be part of that possible bond request, but the turf at Hackley Stadium is not part of the proposal.

"Hopefully someday we will get it," Guy said. "But we're a financially strapped district and we understand that there are other priorities, hopefully, one day field turf will make its' way up the priority list."

At home or on the road, favored or the underdog Fairfield pledges any community chatter about the teams' move to a neutral field will not impact his teams' preparation going into the playoffs.

"Because they understand what's at stake," Fairfield said. "The ultimate prize is to play for a state title."

If Muskegon wins Saturday the team would have a home game in rounds two and three of the playoffs.

Guy says it's possible that one of those games could be at Hackley Stadium, but the decision would be based on the field's conditions at that time.