It was previously reported that more than 130,000 gallons of sewage were spilled, but it was later determined to be 20,000 gallons. 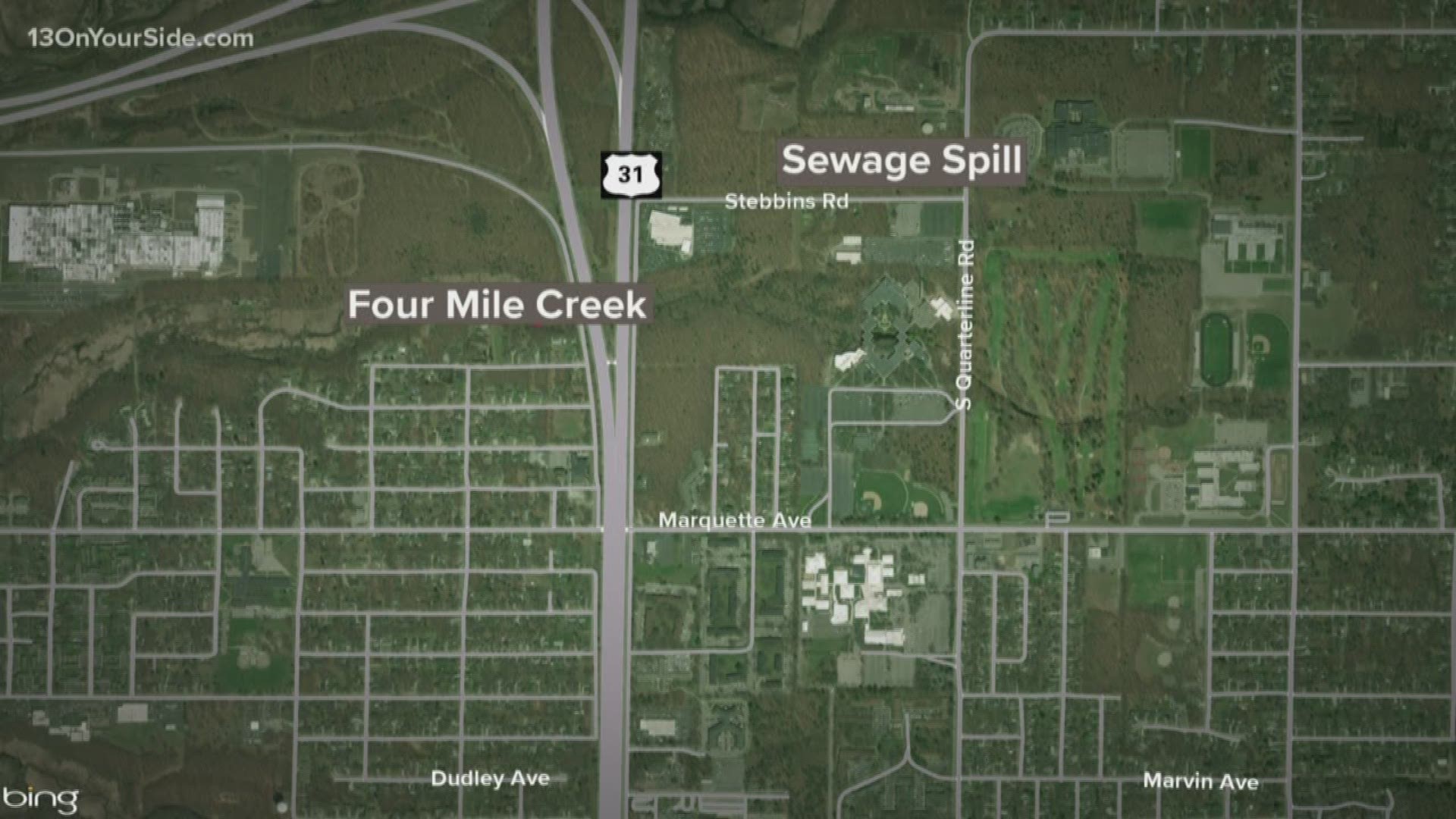 MUSKEGON TOWNSHIP, Mich. — The amount of sewage that leaked from a broken pipe in the municipal sewage line Tuesday in Muskegon County was overestimated by officials, according to the Muskegon County Wastewater Management System.

Previously, it was believed that about 132,000 gallons of untreated sewage spilled from a pipe beneath Quarterline Roads.

However, upon further inspection Wastewater determined the entire pipe did not break according to director Dave Johnson Wednesday morning. Johnson confirmed to 13 ON YOUR SIDE that about 20,000 gallons of raw sewage spilled.

Once the pipe was removed, Johnson said crews discovered a couple of golf-ball sized holes in the line was causing the much smaller spill.

The spill, regardless of size, may still impact Four Mile Creek. Health officials issued a no body contact advisory for the creek Wednesday evening until the breaks can be fixed and the area cleaned up.

"We take the spill seriously either way," Johnson said in an email update. "But, we want to present the best information possible. We were able to improve the estimated size of the spill as we got more information."

Health officials are sampling the creek for E.coli and phosphorus. In the meantime, they are recommending people avoid touching the creek or fishing in it as a precautionary measure. 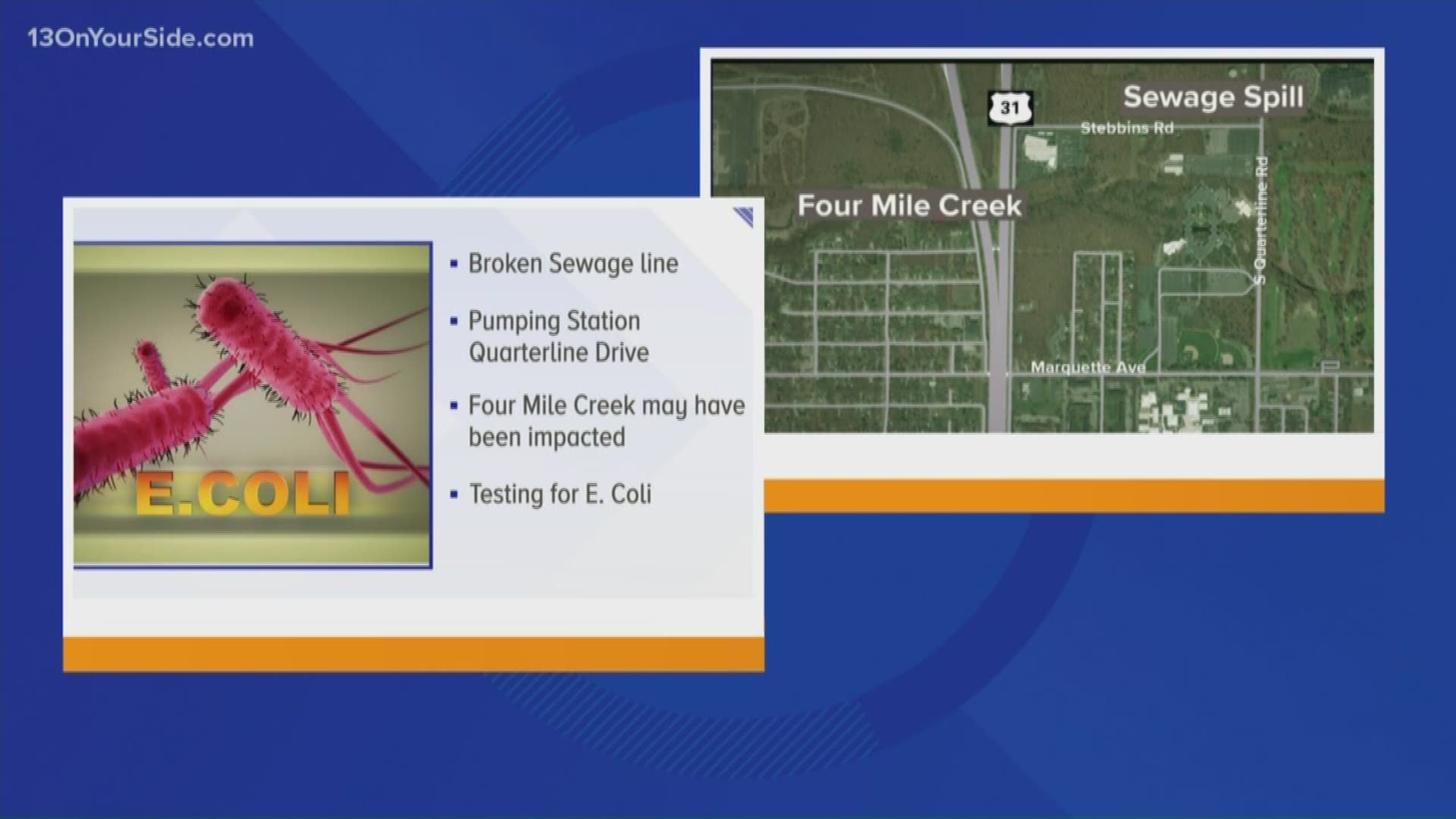