13 On Your Side obtained a separation agreement between the City of Muskegon and Charles Anderson through a Freedom of Information Act (FOIA) request.

MUSKEGON, Mich. — A white Muskegon police officer who displayed Ku Klux Klan memorabilia inside his home, which was up for sale,  will retire with benefits from the department at the end of the year.

A five-page separation agreement between the City of Muskegon, officer Charles Anderson, and the Police Officers Labor Council was signed by all parties in April.

The document was obtained by 13 On Your Side through a Freedom of Information Act (FOIA) request this week.

In a report released by Muskegon City Manager Frank Peterson last year officer Charles Anderson claimed the framed Ku Klux Klan application on a bedroom wall at his home was part of an antiques collection.

The city's investigation claims items with images of Confederate flags at Anderson's home were part of a "Dukes of Hazzard" collection.

Last August Rob Mathis, who is black, toured Anderson's home in Holton with his wife Reyna and a Realtor.

Rob Mathis posted a picture of the framed KKK application on Facebook, at the time knowing the home belonged to a Muskegon Police officer.

The separation agreement states Anderson will remain on unpaid status until December 30, 2020. Effective December 31, 2020, Anderson's employment with the city will end by way of his retirement.

The agreement also means a wrongful termination grievance Anderson and the Police Officers Labor Council filed against the city following the firing will be withdrawn.

All parties agree not to file suit, submit charge, claim, or complaint to any agency, court, or judicial forum.

During Anderson's remaining time on no-pay statues he'll not have access to employment-related benefits. On December 31, 2020 Anderson will have accrued a total of 25 years and two months of service credit.

The city and Anderson agree neither party will publicly disparage the other party, including, "comments or statements to the press." 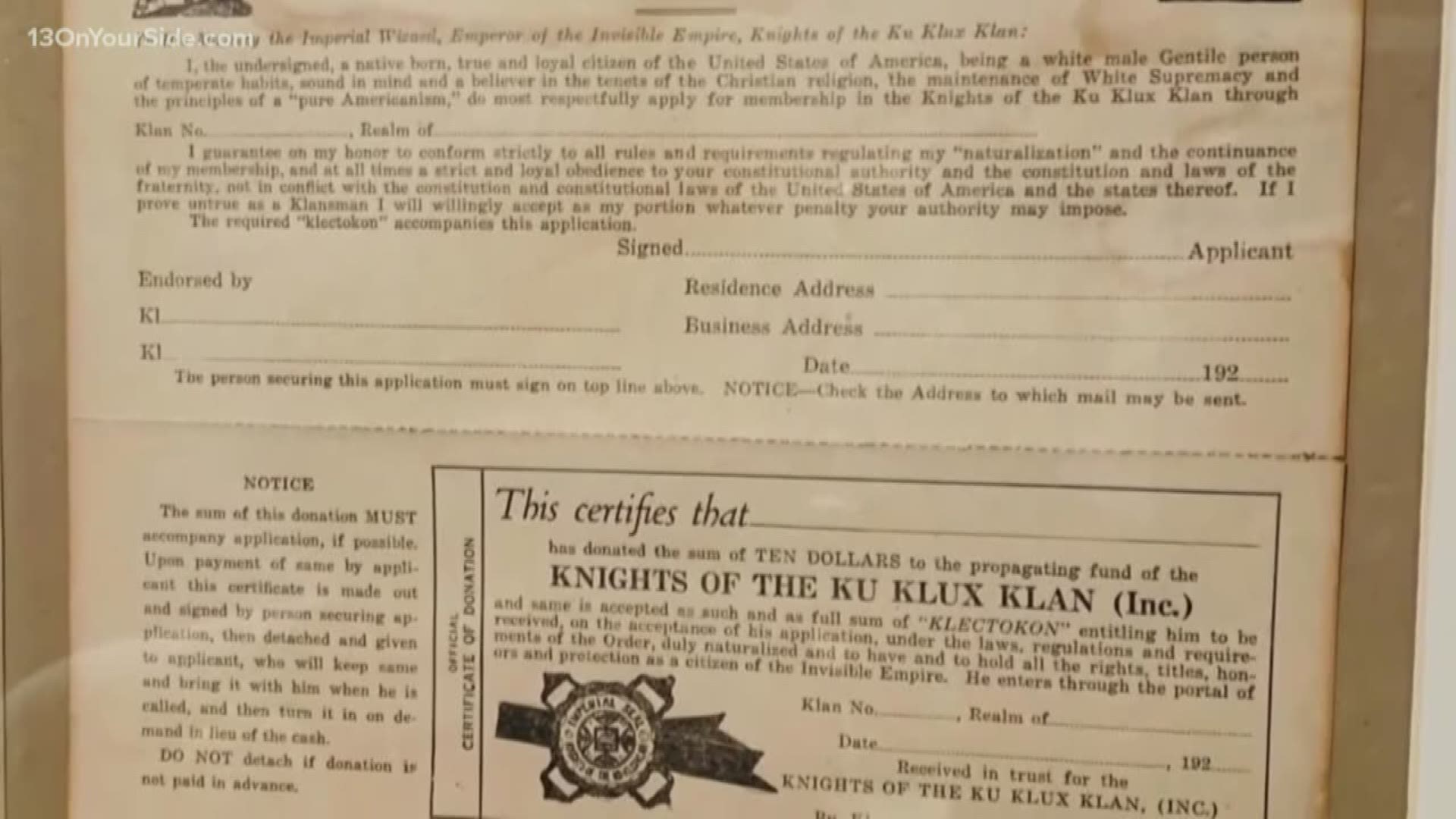