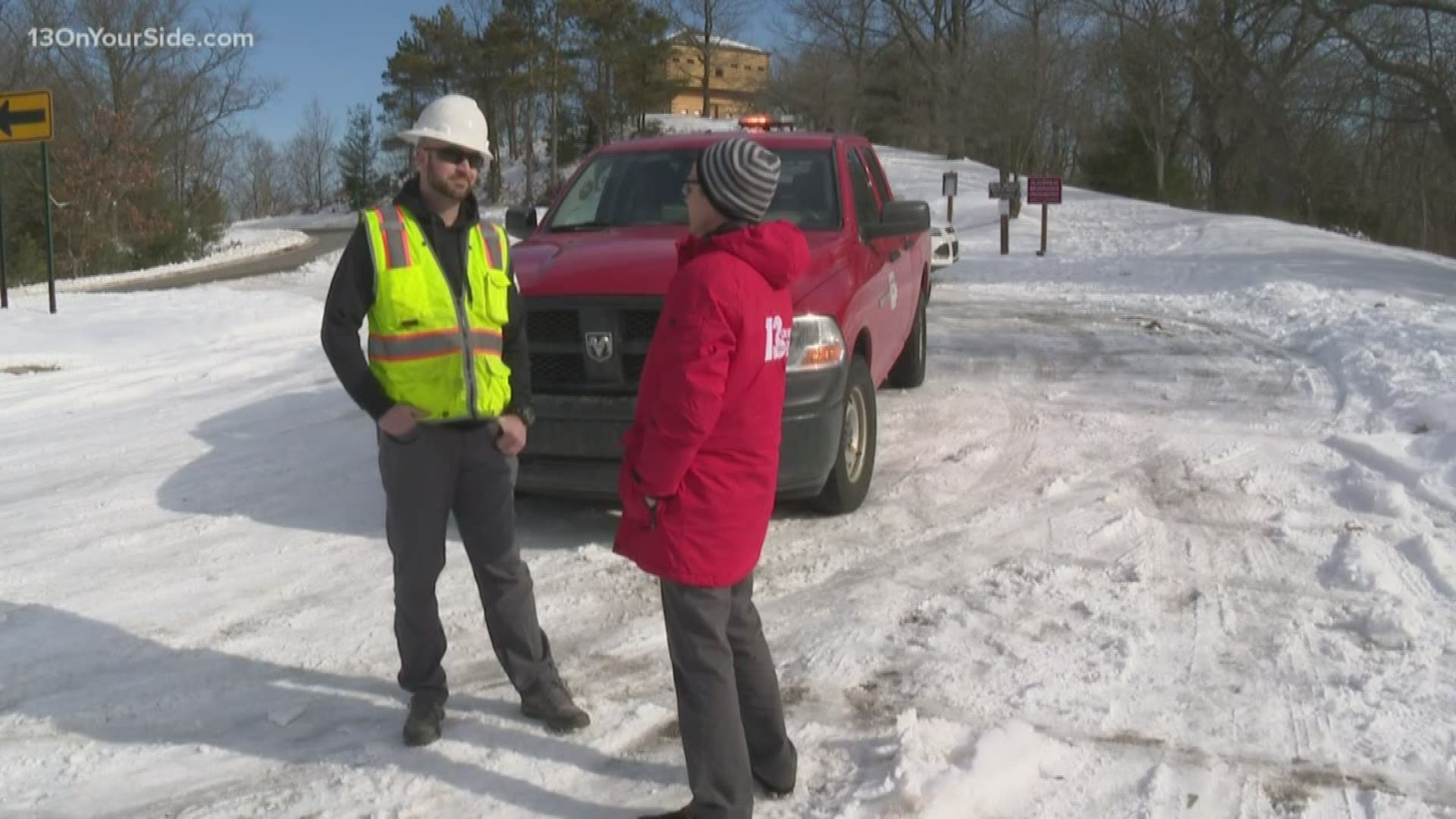 MUSKEGON COUNTY, Mich. — So far this winter members of the Muskegon County Road Commission (MCRC) have spent less time behind the wheel of their big orange snowplow trucks and more time running chainsaws along county roads.

Work trimming trees and limbs from above county roads is replacing time that most winters would have had those plow drivers making laps on area roads.

Wednesday, most of the winter roads from US-31 to side streets were free of snow and ice.

Maintenance Superintendent Andrew Nichols says even when it has snowed the snow hasn't stuck around for long.

"I think that we've had three major storms but within two or three days it was melted off and we were on to doing trees and other things," Nichols said.

By removing overhanging limbs the sun can reach roadways and better melt snow and ice.

Nichols says it's too early to tell, but if the mild weather continues it will have a positive impact on the road commission's budget.

"We plan for bad winters and when they're mild it allows us to allocate that money towards other things in the summer," Nichols said.

M.C.R.C. is planning to overlay 34 miles of road this summer. Three or four more miles could be added if savings from a decrease in snow removal continues.

To date Muskegon has only received 42.1 inches of snow, it's around 30 inches below the average yearly snowfall total.

MCRC has a stockpile of road salt on hand. Nichols said if that supply goes unused it will result in savings for the year's budget too.

Mild weather may also mean spring and summer road projects will start earlier than originally planned and finish sooner too.

MORE WEATHER STORIES ON 13 ON YOUR SIDE: 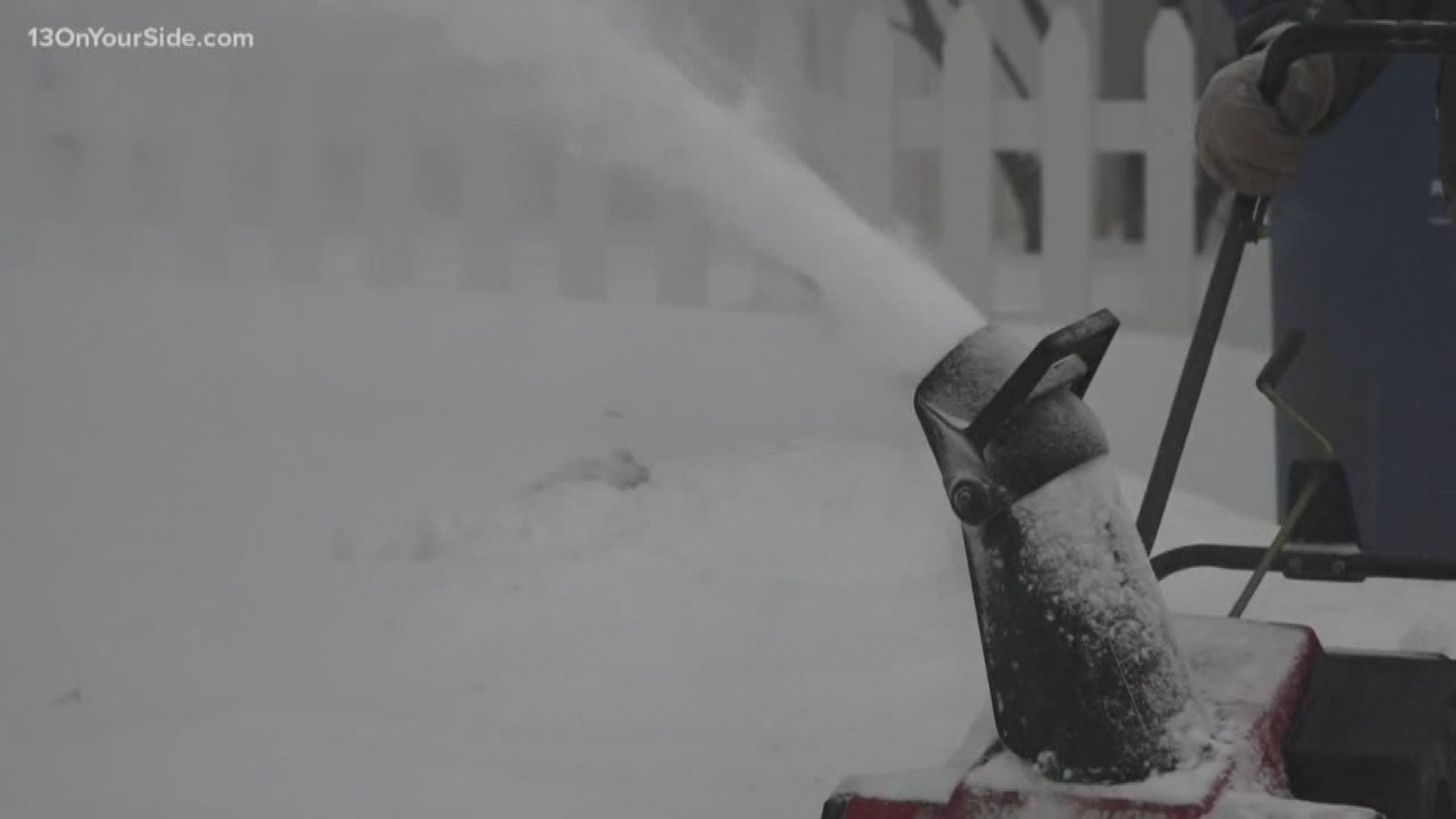