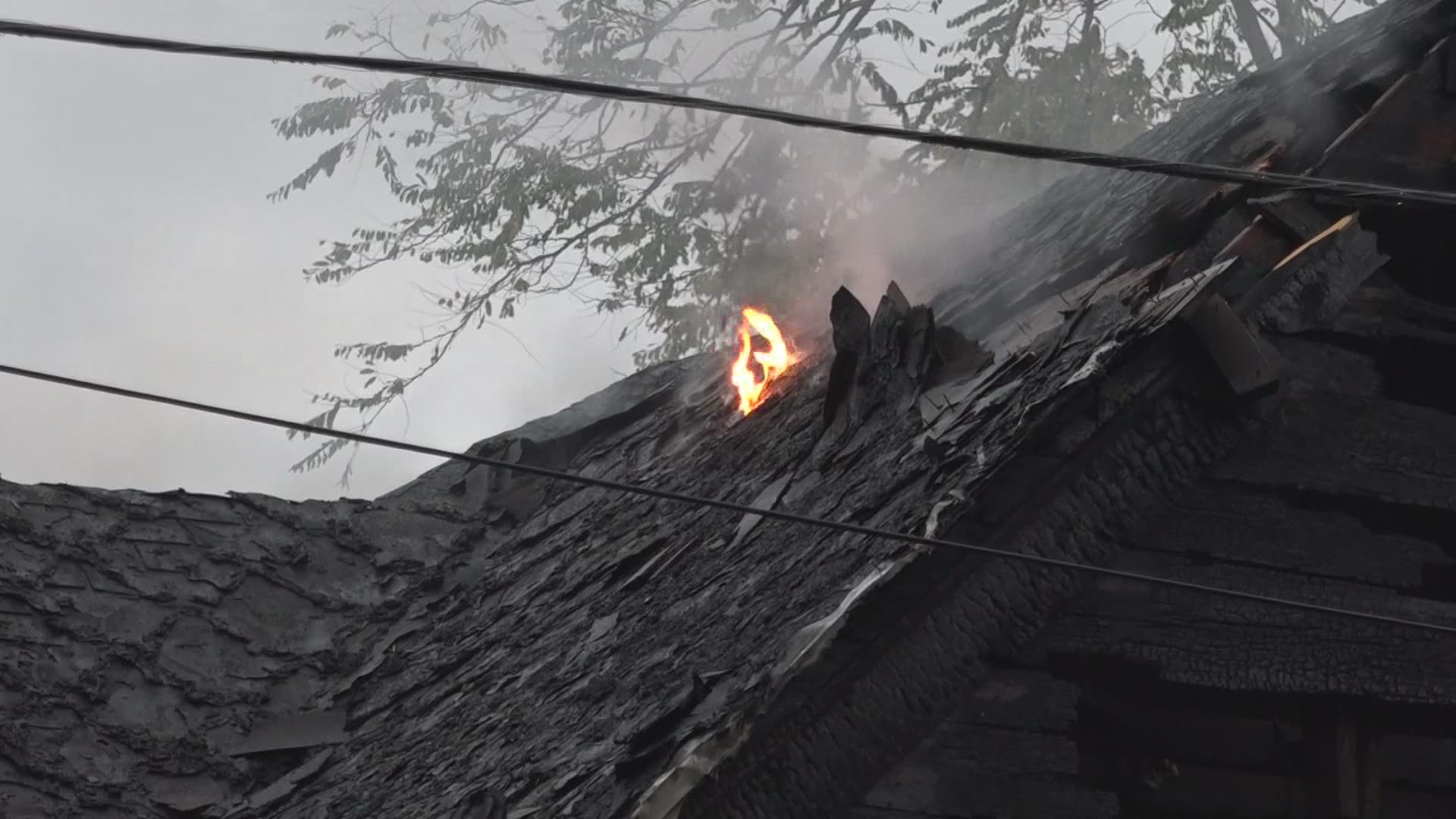 MUSKEGON, Mich — Crews in Muskegon are trying to figure out what caused a home to catch fire early Sunday morning.

The Muskegon City Fire Department was called to the home on East Grand Avenue and Jiroch Street just before 4:30 a.m. Crews were initially having a hard time getting into the house to search for any additional occupants due to the size of the fire and the home's structure.

There was a propane tank inside the home, but it is not known at this time if that caused the fire. The home is a total loss.