The clinic was set to close on March 31, according the to former interim CEO. 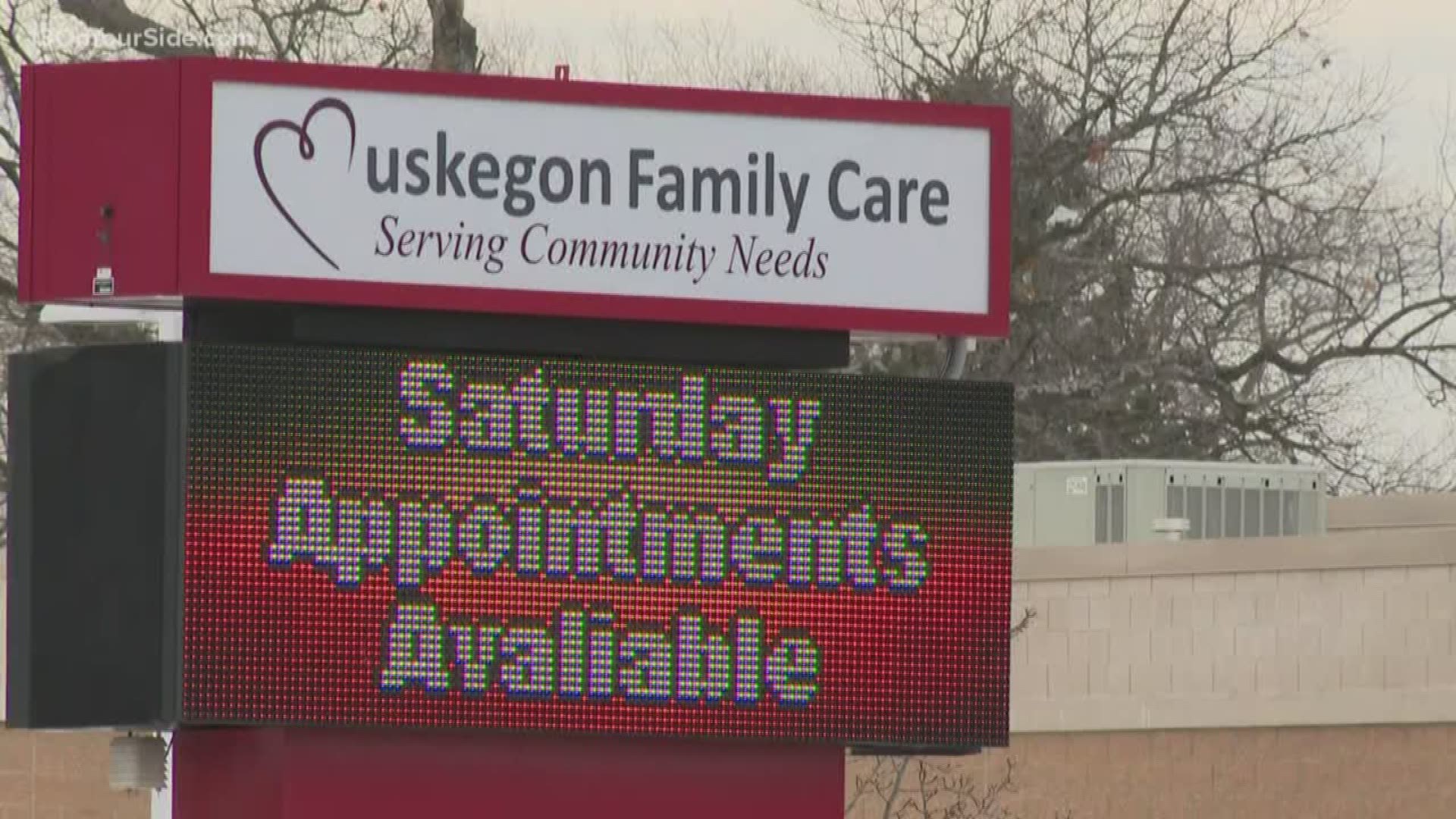 Now, the board has elected a new CEO, Daniel Oglesby. He said Friday the facility has no plans to close down operations.

"The closing of Muskegon Family Care Facility is a misnomer," said Oglesby, "It was a narrative communicated from outside that took root inside. And with patients that could have been devastating to the community, just thank God it’s only four weeks old."

Oglesby said about 40 staff members have been let go. Some chose to leave prior to that. Currently, he estimates there are about 150 to 160 employees.

The facility treats more than 20,000 patients in Muskegon Heights. Oglesby said he wants those patients to know the clinic still cares about them, after all the closing confusion and drama.

"I want the patients to know that we have the same level of service, the same character, treatment and behavior they have learned to appreciate," said Oglesby. "And they are welcome. We do apologize for the media frenzy and the rumor mill. This is a small community. A narrative of a place that is closing of value to 22,000 people in a place of about 50,000 people is a big big deal. So I have to understand that."

He addressed challenges both with communication and finances. He said it's a big job, but he's up for the challenge. 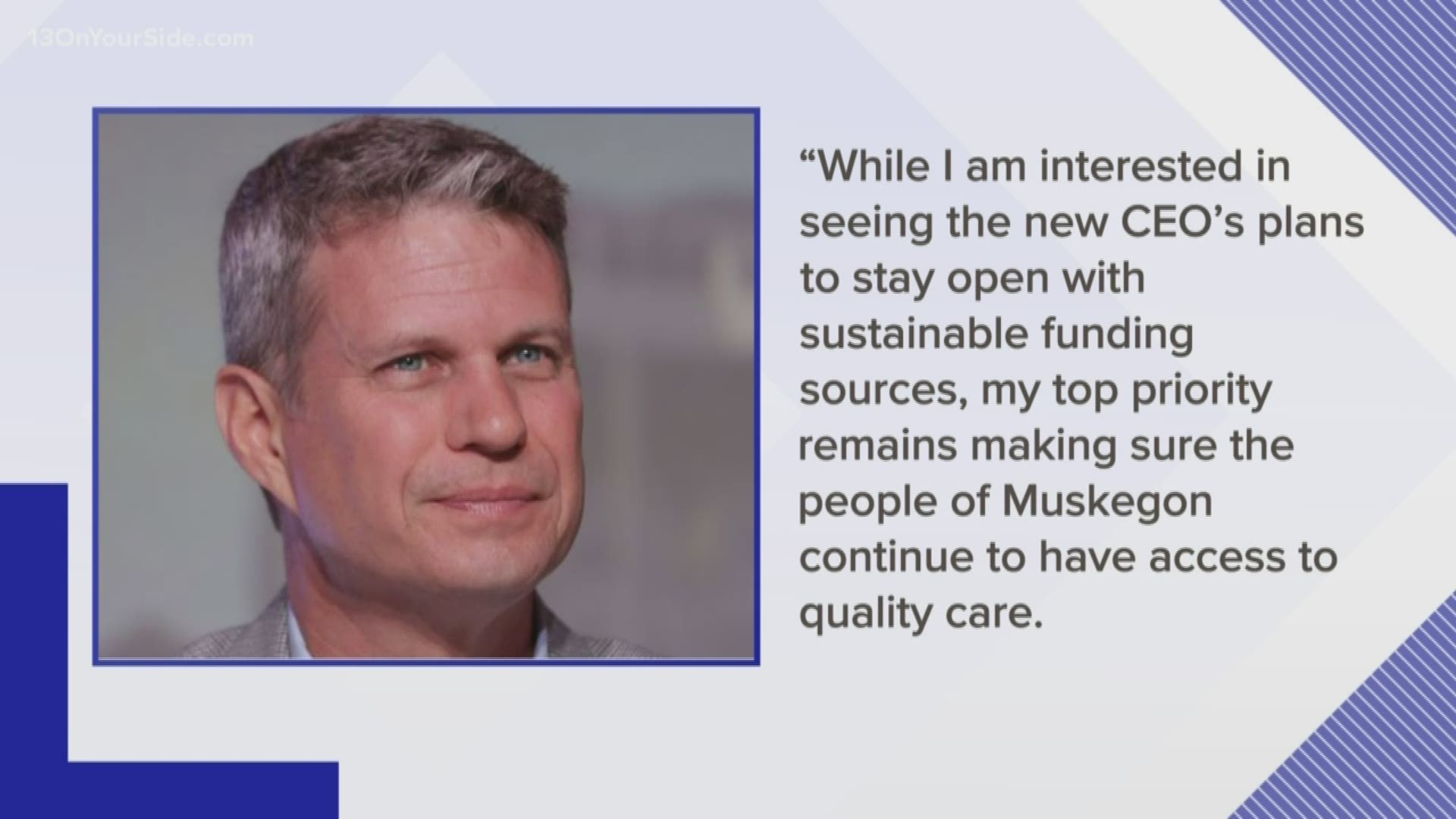 "The financial challenges are there," said Oglesby, "I want to address challenges where we are weak and there is some debt in the organization. And we have to creatively work though how to mitigate that, and work through that. It’s not extreme. I’ve been in organizations in much worse situations, and we were able to right size them."

Michigan State Police also launched an embezzlement investigation into former staff at the clinic. Oglesby said he was not briefed on that, and could not comment.

Congressman Bill Huizenga has previously called the embezzlement situation with MFC "problematic." He said the case has also been referred to the FBI and U.S. Attorney, and it's his understanding they are investigating.

In a statement today, Huizenga said, “While I am interested in seeing the new CEO’s plans to stay open with sustainable funding sources, my top priority remains making sure the people of Muskegon continue to have access to quality care. I am committed to working with HRSA to ensure that whatever role the federal government plays in supporting healthcare in Muskegon is done so in a fiscally responsible and transparent manner that prioritizes patients.”

MCF had been looking for a new CEO, after the former President and CEO, Shelia Bridges, was terminated. She was escorted from the facility in December.

Oglesby is a current resident of Grand Rapids, and a former resident of Muskegon. He has leadership background at Dow Chemical, Corporate Express, and Amway Corporation. He was the Executive Vice President of Spectrum Health Systems Leadership team. He is also the founder and pastor of Living Word Christian Center Church in Wyoming.

"Dan has participated in 89 mergers and acquisitions and was instrumental in supporting the globalization initiative at Amway Corporation and the merger of Grand Rapids Butterworth and Blodgett Hospitals, forming the Spectrum Health System," a press release from interim CEO Mitze Alexander said.

Muskegon Family Care provided medical, dental, and mental health care to around 20,000 patients. The facility provided service despite a patients ability to pay. MFC is in communication with other area health care facilities including Hackley Community Care, Mercy Health and Affinia Health, to continue patient coverage.