The man was found on the ground outside of a Muskegon home with a gunshot wound in his back. 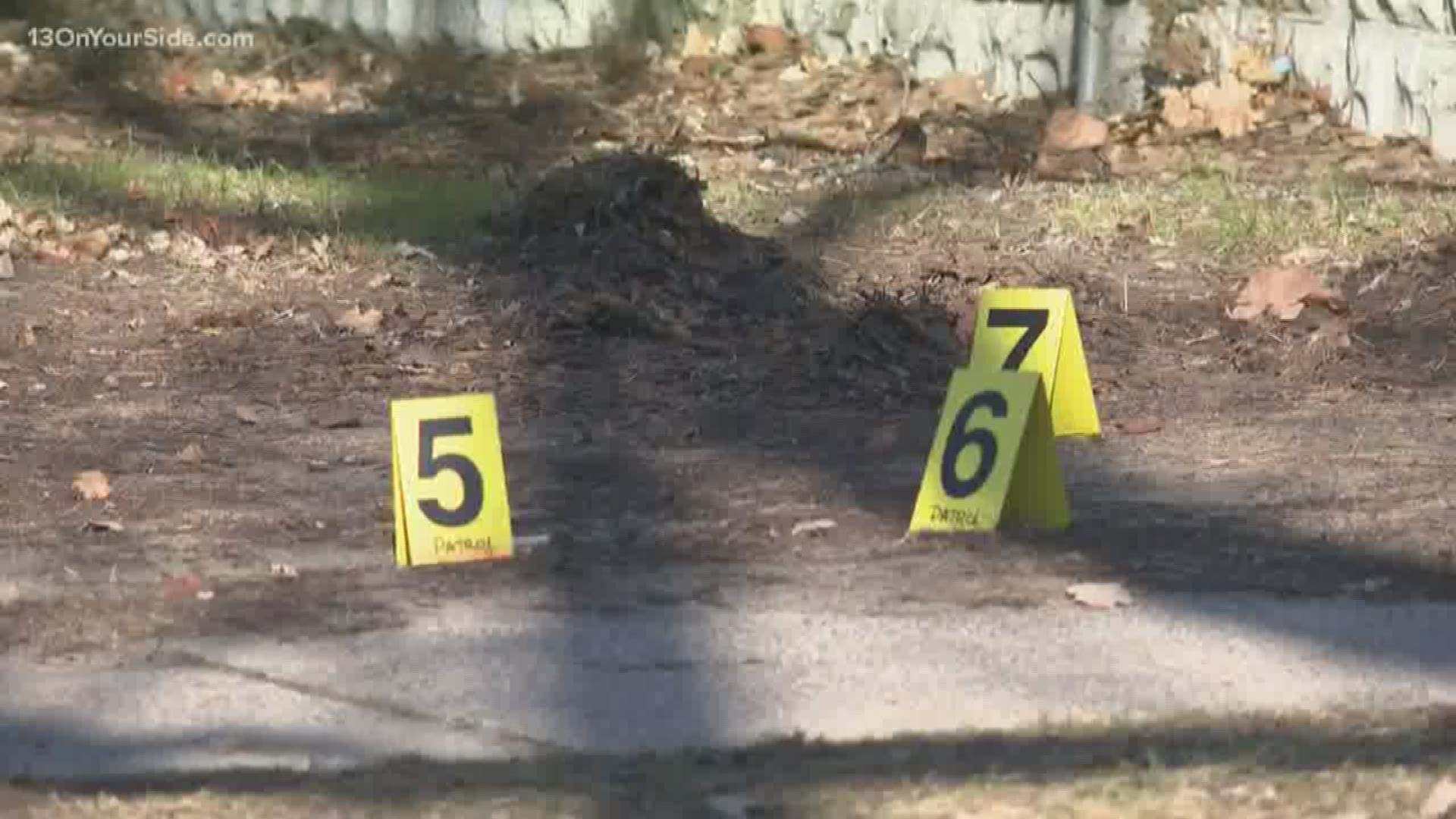 MUSKEGON, Mich. — A 21-year-old man was shot and killed Monday afternoon outside of a house on Orchard Avenue west of S. Getty Street.

Muskegon Police responded to a report of shots fired and a subject down around 1:14 p.m. When officers arrived, they found the Muskegon man on the ground outside of the home. He had been shot in the back and was pronounced dead at the scene.

Investigators were at the house Monday, which was encircled with crime tape. Evidence markers in the driveway indicated multiple shell casings. A woman who lives in that area said she heard around eight gunshots.

Family members who gathered outside the house Monday tell 13 ON YOUR SIDE the victim is Da'Monte Neal who was a new father, a 2017 Muskegon High School graduate and member of the school's football team.

No arrests have been made.

The investigation is ongoing. If anyone has any information on this incident please call the Muskegon Police Department as 231-724- 6750 or Silent Observer at 231-722-7463.