Devin Gibbs thought he was going to get to be on the sidelines to see his teammates compete for a state championship, until hours before kickoff. 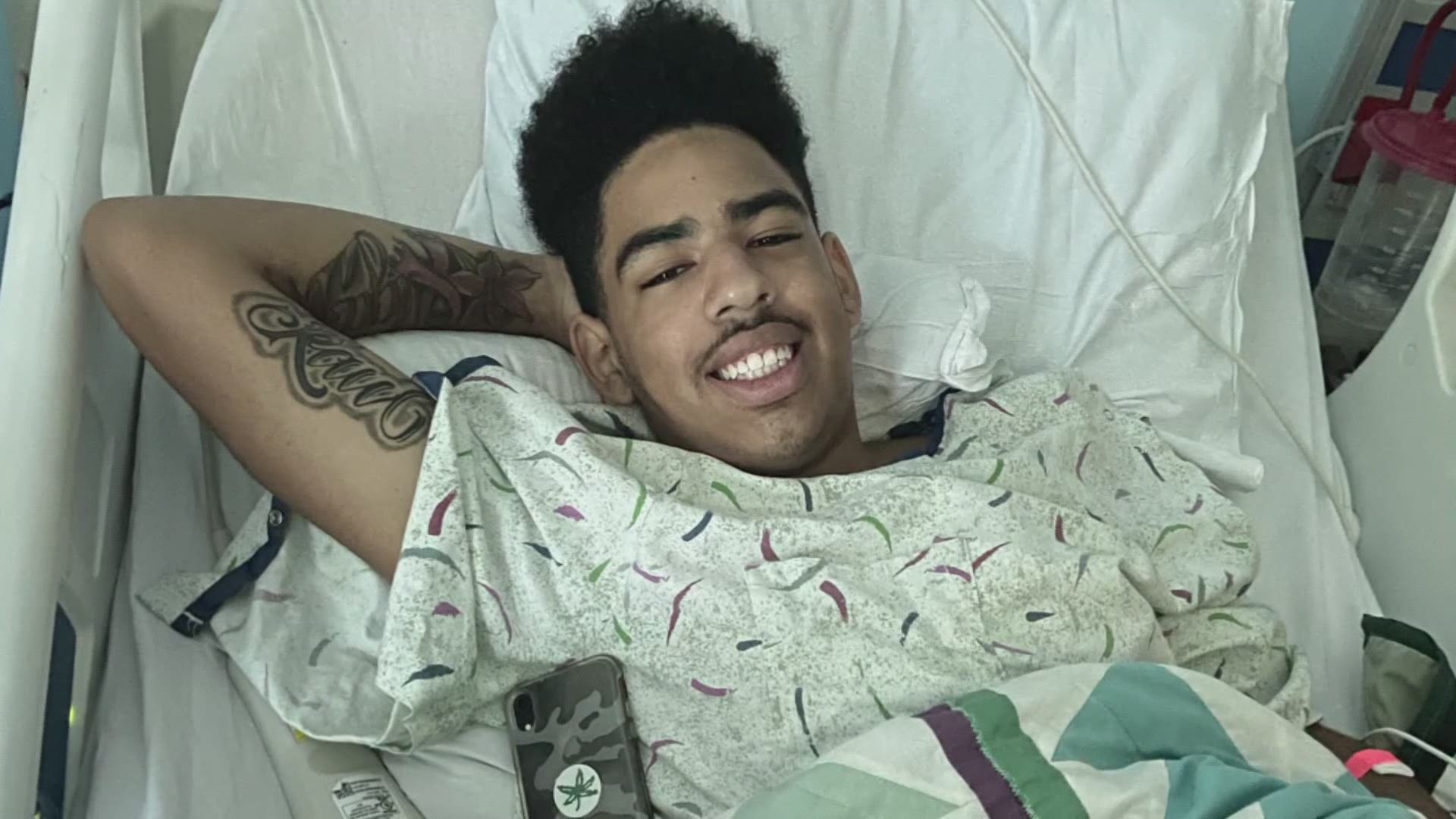 LIVONIA, Mich. — The last 17 weeks have been a nightmare for Devin Gibbs and his mom Vanessa Guardiola.

In September, Gibbs was diagnosed with acute myeloid leukemia, which would keep him from playing his senior football season for the Mona Shores Sailors.

"It’s been hard watching your child go through something like this," said Guardiola.

Gibbs has gone through chemotherapy and recently he came down with pneumonia and suffered from a collapsed lung. But despite that, he's made strides and on Wednesday his doctors cleared him to travel to Detroit for the state championship game against Warren DeLaSalle.

"He’s definitely a fighter and it’s made me so proud of him. There’s no giving up even when times are a little difficult. A little hard. He does not give up. He keeps fighting and fighting," said Guardiola.

Gibbs and his mom traveled to the team hotel in Livonia on Thursday night, stayed with the team, and come Friday morning they were excited for gameday.

But as 13 ON YOUR SIDE was interviewing Gibbs about his excitement outside the hotel, Guardiola received a phone call and that's when she says she learned that because of COVID-19 protocol at Ford Field, she would not be able to be at field level with him. She says because of his condition, that's a problem.

"I needed to watch his blood pressure, oxygen on a regular basis. I’ve got his medications in my purse to give them anytime that he needs them," she said.

Mona Shores offered up their athletic training staff to watch out for Gibbs. But Guardiola was worried that they would be busy tending to players that were involved in the game, and she wasn't taking any chances.

"It’s about his health. My son is here because this is his team, but his health is the number one focus. The game is not my focus. My child is. That’s the only thing I care about right now," she said.

Feeling frustrated, Guardiola opted not to get a seat in the stands. Instead, she and Gibbs drove back home to Muskegon.

"The last thing I want to do is jump through hoops. I just want to be with my friends one last time," he said.

He's disappointed he missed his team's 25-19 win in the state title game, but Gibbs has proven over the past several months that he can overcome even the most surprising of setbacks.

On Feb. 8, Gibbs will be back at the hospital for a very important procedure.

"I have one more round of chemo left, so everything will be alright," he said.

One week after that, his sister Alexius will be his donor for a bone marrow transplant.

"Me and my sister have always been very close. And because in the hospital they thought we were twins and we’re five years apart," Gibbs said.

"Even with everything going on, hopefully everything will be back to normal in a couple of months."

A family friend has set up a GoFundMe page to help pay for medical expenses. 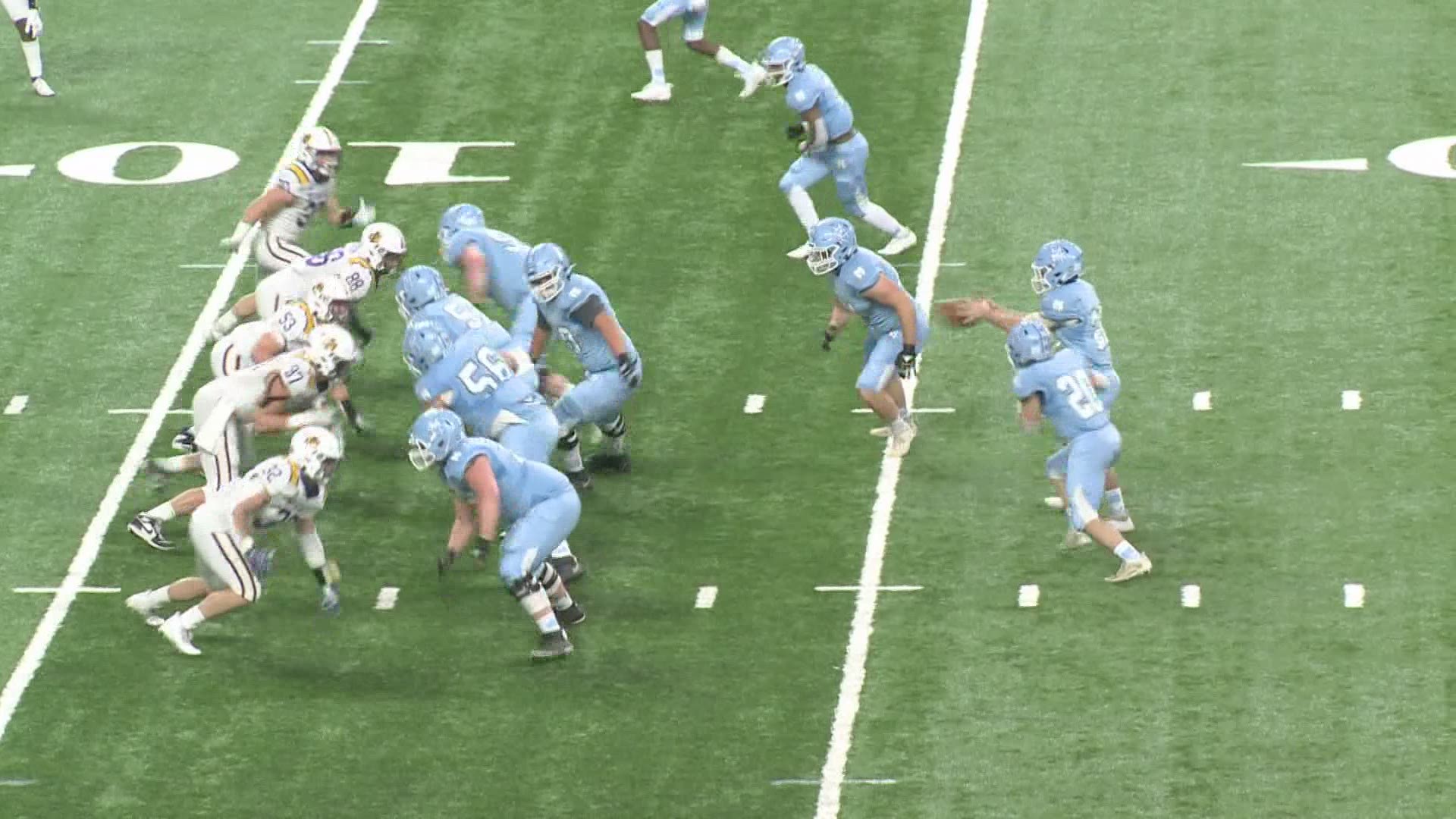