The justices heard oral arguments on People of the State of Michigan vs. Mead. 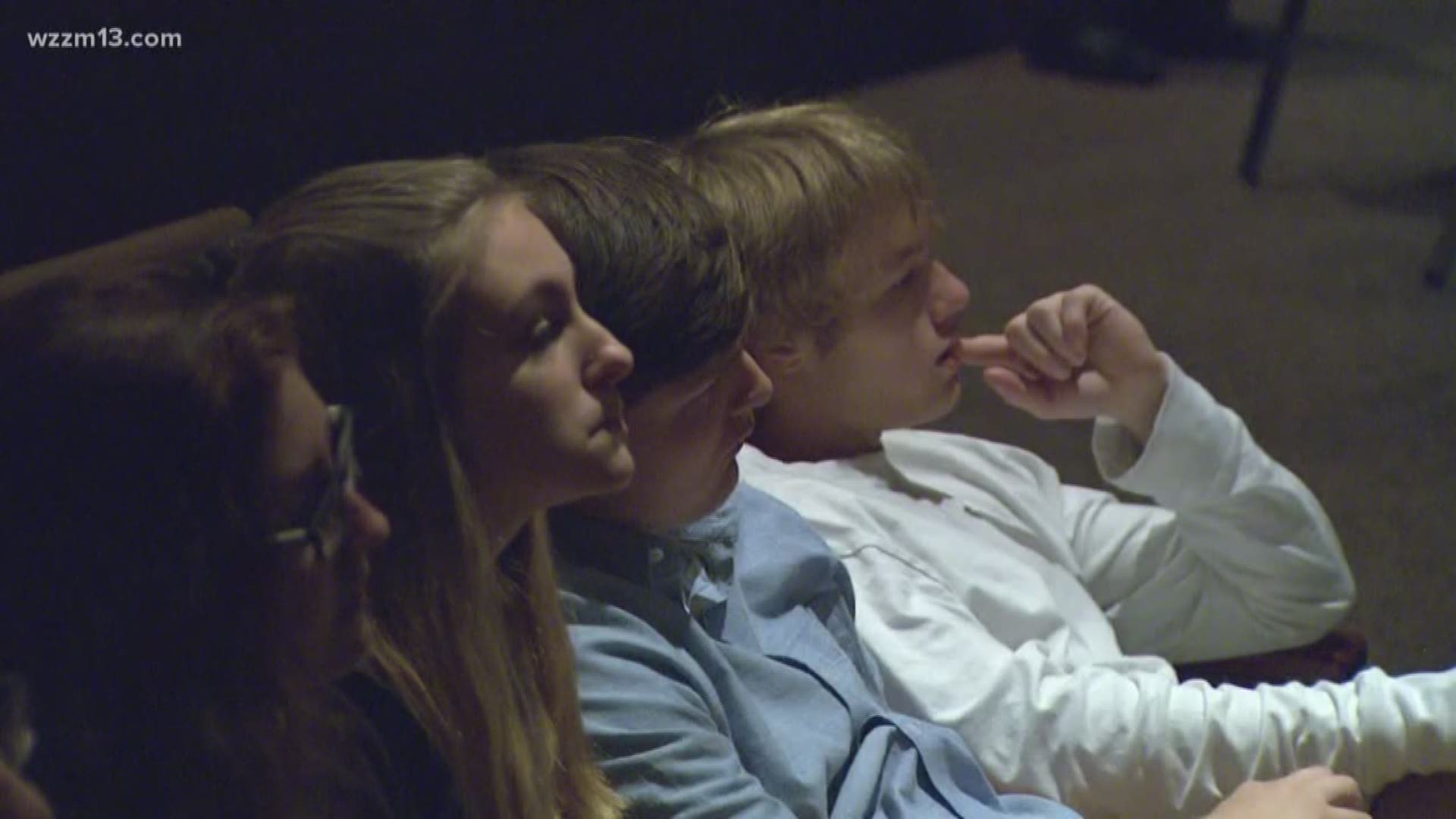 The day away from Lansing for the court was part of the court's community connections outreach.

The justices heard oral arguments on People of the State of Michigan vs. Mead.

Details of the case aren't new to the auditorium of students from 12 Muskegon area high schools that attended the community connections event.

"We were presented with some of the facts of the case," says Evan Hodson, a senior at Reeths-Puffer.

Members of the Muskegon County Bar Association have been meeting with more than 700 students for several weeks.

"To talk about the case, explain the rulings, and explain the procedure," says Timothy Hicks, a Muskegon County Circuit Court Judge.

Larry Mead was convicted, and sentenced to prison after police found drugs in a backpack he left in a car that had been stopped by police. The case centers on whether or not police had the right to search Mead's backpack.

"It was kind of incredible to see the play off between the attorneys and the justices," says Olivia Aldesteffer, a senior at Reeths-Puffer. "They both worked differently towards what their goals were."

The procedure played out just as if the oral arguments in front of the justices had happed at the court's home in Lansing.

Judge Hicks hopes the experience gets some of the students in attendance to consider law related careers.

"There are all kinds of opportunities, there are law fields, there's law enforcement," says Hicks. "I think just seeing the court in action is inspiring."

"I want to go into environmental science with an emphasis on public policies," says Hodson.

Michigan Supreme Court Justice Kurt Wilder says he got hooked on law as a teenager.

"I caught the passion for law and told my high school counselor that I'd like to be a judge someday," says Wilder. "And now I'm on the state Supreme Court."

It's part of the reason he and the other justices twice a year hold session in public locations outside of Lansing.

"So that they can see what the court actually does, how it works, and how it functions," says Wilder.

"With this experience it really educated us all so much more on how important it is to have our justices and the lawyers and to see both sides of an argument," says Aldesteffer.

The court's decision on the case is expected in the first half of 2019.