Neighbors work together to keep Lake Michigan away from their homes

A group of homeowners in Norton Shores is sharing the cost of building a 315-foot seawall to protect their properties. 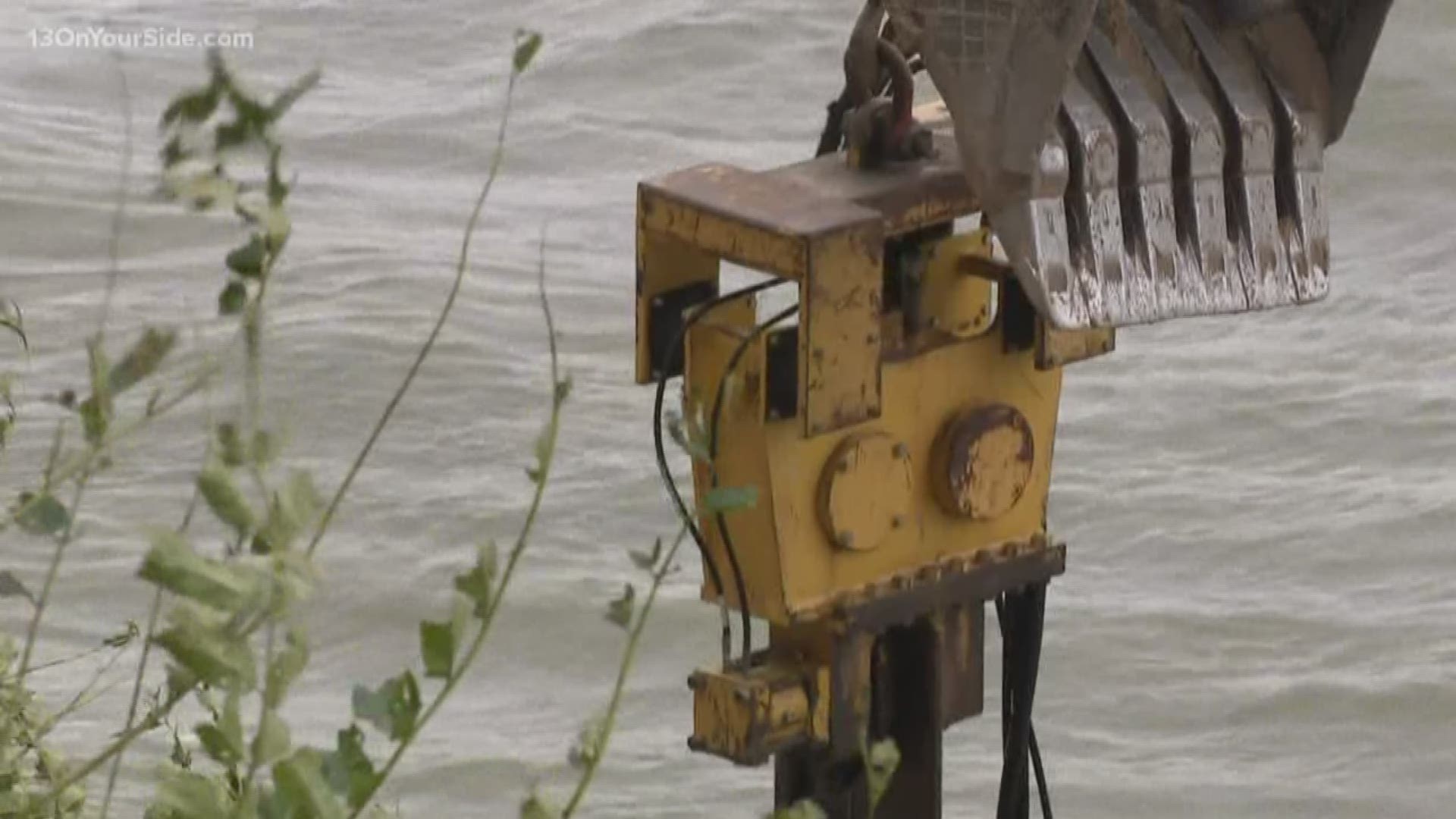 NORTON SHORES, Mich. — The wide beach that once attracted homeowners to lakefront properties in Norton Shores has shrunk. And little of it is above water anymore.

It's the result of a season of high lake levels on Lake Michigan.

And powerful waves from storms on Lake Michigan continue cutting deeper into the dune that protects homes along Norton Hills Road.

Paul Peter has watched the lake rise and fall for 25 years from his home high above the lake.

He can't recall a time when the beach was so narrow.

Peter's property has a small seawall that offers limited protection to his property and home. Other neighbors without seawalls are more venerable to erosion from waves and wind.

The job will end up costing the homeowners around $500,000. But when the work is completed the properties will be protected from future storms and big waves.

Perrin says requests for seawall started to pick up in the summer of 2018.

Big waves from Wednesday's storm kept crews from working on the new seawall in Norton Shores, but they returned to work at the site Thursday because the company has other jobs to complete later this year. Some as far north as Pentwater.

"That lake is one tough mama," Perrin said.

More lakeshore stories on 13 ON YOUR SIDE: