Cleaning up after the 2020 fire season will take years, not months

Fire crews are working to clean up the fire lines left behind while they were battling the largest fires in Colorado history. 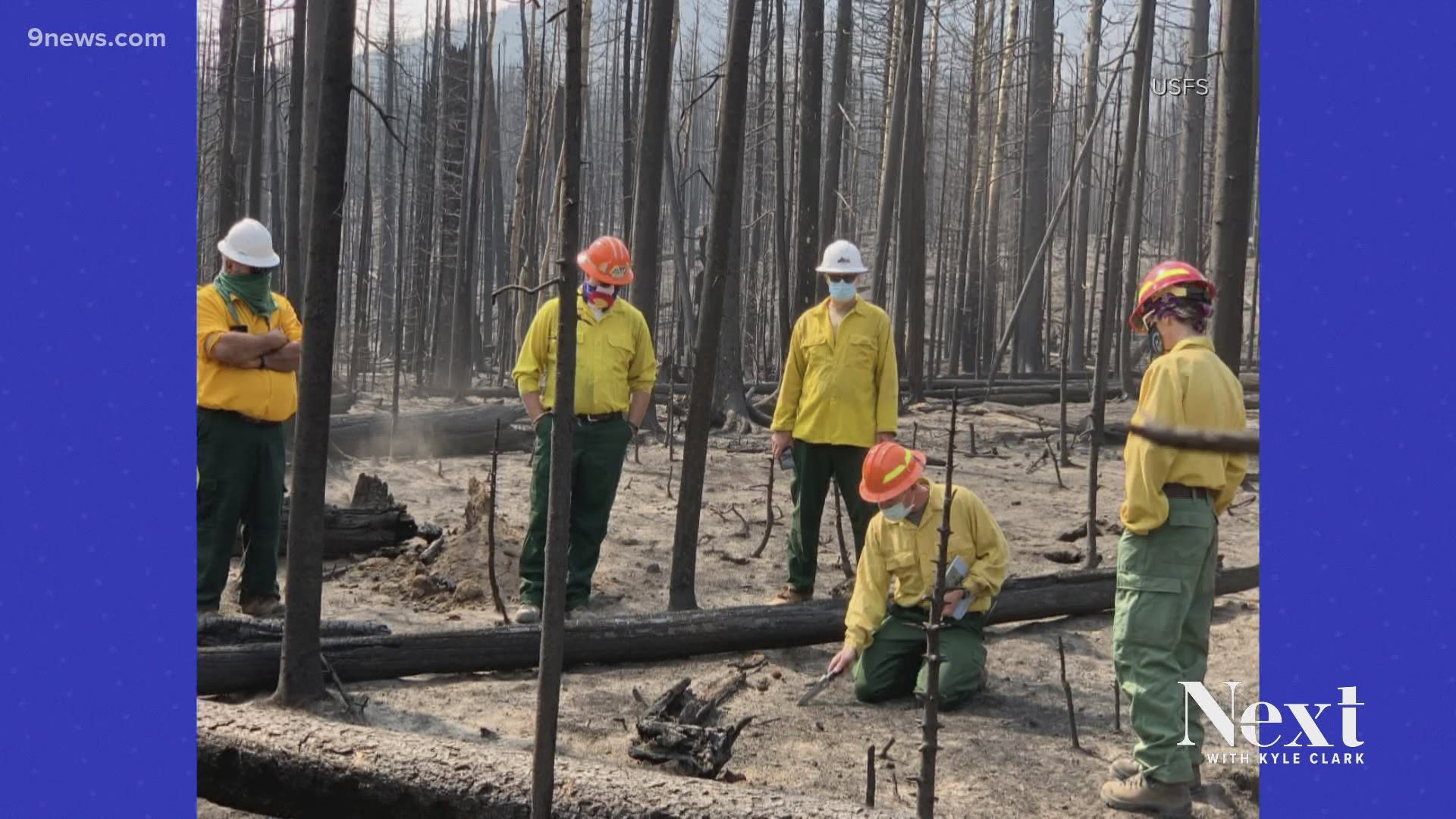 COLORADO, USA — Even as the start of the 2021 fire season looms in the not-so-distant future, there’s still work to be done to clean up after 2020 sets the wrong kind of records.

That’s because last year, Colorado saw more than 100 days of fire, and the two biggest wildfires in state history scorched a combined 400,000 acres.

“It is going to take years, not months, for us to recover,” said Reghan Cloudman, a public affairs specialist for the U.S. Forest Service (USFS).

The Cameron Peak Fire in Larimer County burned more than 208,000 acres, making it the largest in Colorado’s history. The blaze survived a September snowstorm, and even four months after being 100% contained, federal and local agencies are working on restoring the land that burned.

RELATED: Officials warn that 2021 has the potential to be another devastating wildfire year

RELATED: Forecast for spring: Nasty drought worsens for much of US

Cloudman said 36% of the fire was high or moderate soil burn severity. What this means is it’s harder for vegetation to regrow and for people to rebuild on the same land.

Part of the challenge from this round of fires is also cleaning up what firefighters left behind since they burned so late into the year.

“The first step is fire suppression repairs,” Cloudman said. “Those are hundreds of miles of fire line, whether they’re handheld fire line done by firefighters, the dozer, etc...

“We have to go back and repair that so we don’t have erosion issues, so they don’t open new roads in the forest where they shouldn’t be.”

This work will continue into the spring and summer when fire officials will likely be battling new fires.

SUGGESTED VIDEO: Full Episodes of Next with Kyle Clark