A crowd of about 100 people gathered at the Allendale park to protest for and against removing a Civil War Statue. 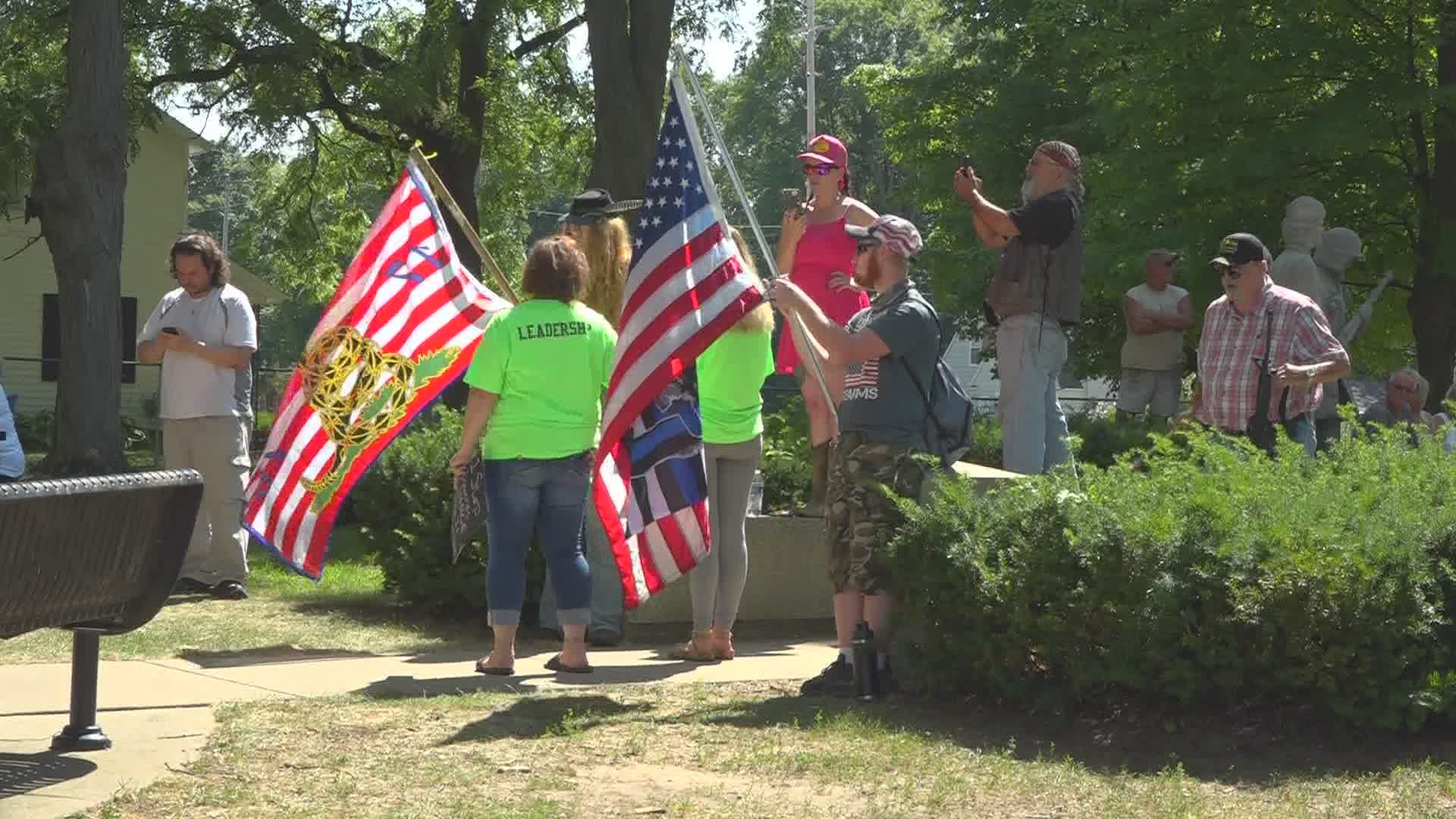 The statue depicts Confederate and Union soldiers standing over a Black enslaved boy in the park's Veterans Garden of Honor. It has been mired in debate over the past month as members of the community have called for it to be taken down in the midst of a nationwide call to remove Confederate statues.

At the end of June, the Allendale Township Board voted to keep the statue up but formed an advisory committee to present a recommendation about a master plan for how to move forward.

Sunday, a protest was planned by members of the community that still want to see it removed from the park. They were confronted with a group of counterprotesters who encircled the statue to prevent people from approaching.

"It is a racist symbol that needs to come down. This is a big community. It's not just Allendale, it's West Michigan or the state of Michigan and it is time to get rid of these racist symbols from the past. Take it down," said Sonja Schultz-Fryer, one of the organizers of the protest.

About 100 gathered in the park, some in support of the statue and some against it.

"I'm not protesting nothing," said Ron Huston who is against removing the statue. "I'm here to protect freedom. Like I did in the Marine Corps 50 years ago. So I'm still doing it and that's why I'm here."