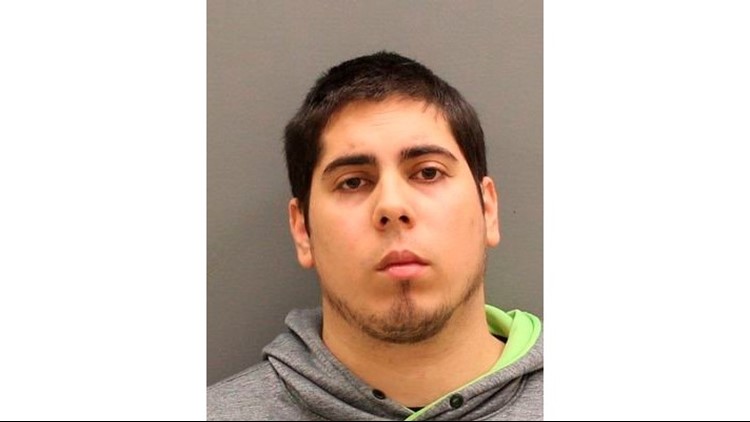 GRAND HAVEN, Mich. — (Grand Haven Tribune) - A Coopersville man pleaded not guilty to killing his wife when he was arraigned Monday in Ottawa County Circuit Court.

A trial date will now be set for Jaron Paul Chatman, 25, who is lodged in the Ottawa County Jail.

Judge Jon Hulsing re-established bond at $50,000 cash surety, noting that bond could not be denied in a manslaughter case.

Bond was denied in Grand Haven District Court following a preliminary examination on the manslaughter and felony firearms charges on Dec. 13, 2019. District Judge Craig Bunce said the bond decision was based partially on testimony of how Chatman had handled his weapon that day, despite his knowledge of guns and gun safety.

Following the lower-court hearing, Chatman was bound over to face the felony charges in Circuit Court.

Chatman was arrested following the Oct. 21, 2019, shooting. Emily, who was shot in the head, died almost two weeks later.

Chatman called 911 and told dispatchers that he accidentally shot his wife. Their three young children were also in the house at the time of the shooting.

Chatman was initially charged with reckless discharge of a firearm causing serious injury and felony firearms. The charge was upgraded to manslaughter following Emily’s death.

Testimony at the preliminary examination revealed that Chatman had a shotgun sitting on the couch, and that he went to pick it up and touched the trigger, accidentally discharging the weapon.

There was also testimony in which Chatman admitted to detectives that he and his wife were going through rough times and were considering divorce, but did not have the financial means to go through with it.

More Ottawa County News on 13 ON YOUR SIDE: