The victim sustained minor injuries. Deputies are looking for a white male in his 20s with brown hair. He's suspected to drive a black four-door sedan. 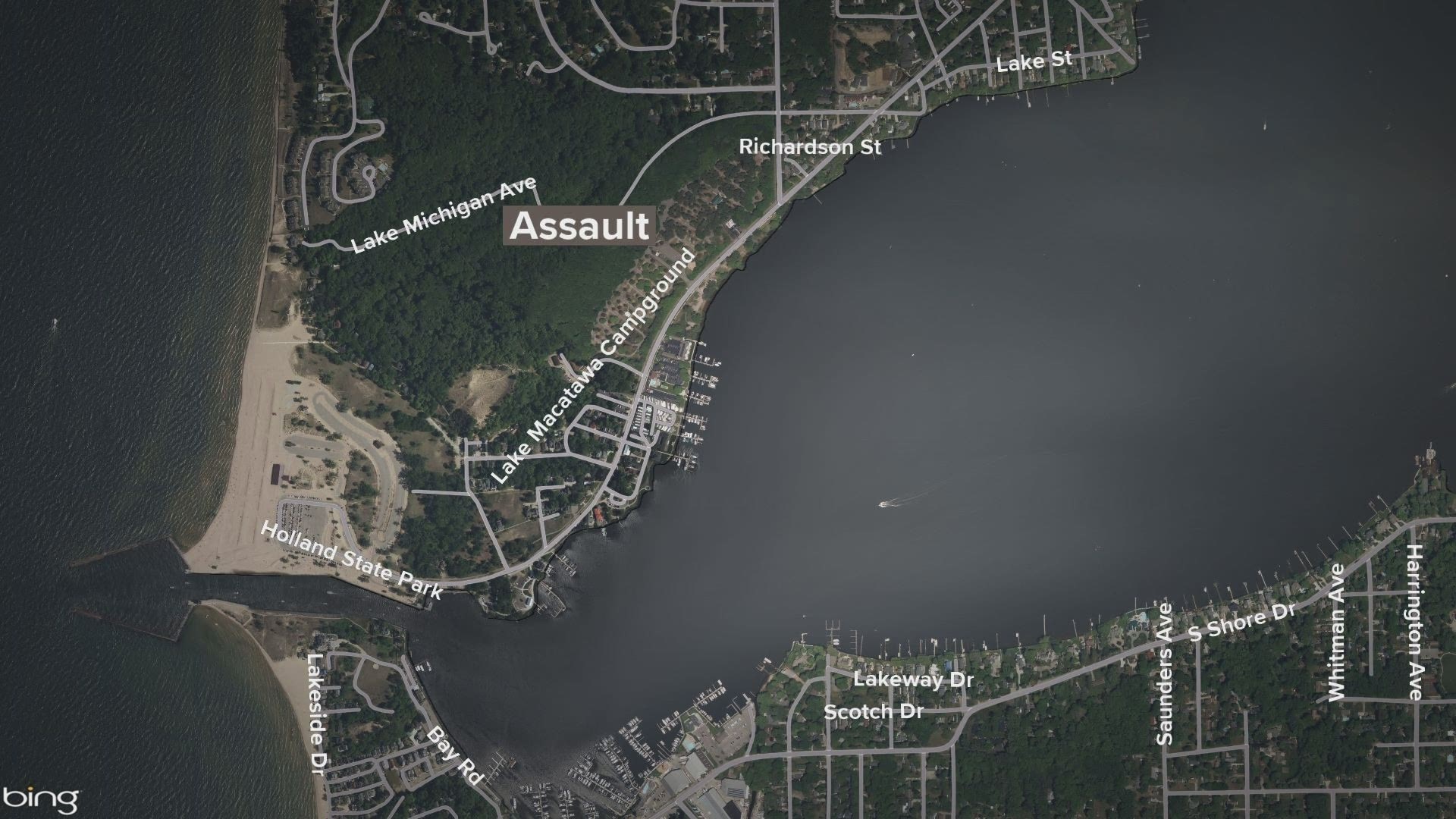 The department says the call came in around 7:30 p.m., but the assault itself happened sometime between 2 and 5 p.m.

The caller said near the bathrooms at the main pavilion, a man approached them with a knife and threatened them. The man forced them into a car before driving to an unknown location and releasing them.

The suspect is described as a white man in his 20s with brown hair, standing between 5'10" and 6' tall and weighing around 175 pounds. He was wearing black and blue shorts and a white t-shirt. He left the area in an unknown black four-door sedan.

The victim had minor injuries from the assault. Anyone with information is asked to contact Ottawa County Central Dispatch at 1-800-249-0911 or Silent Observer at 1-877-88 SILENT.