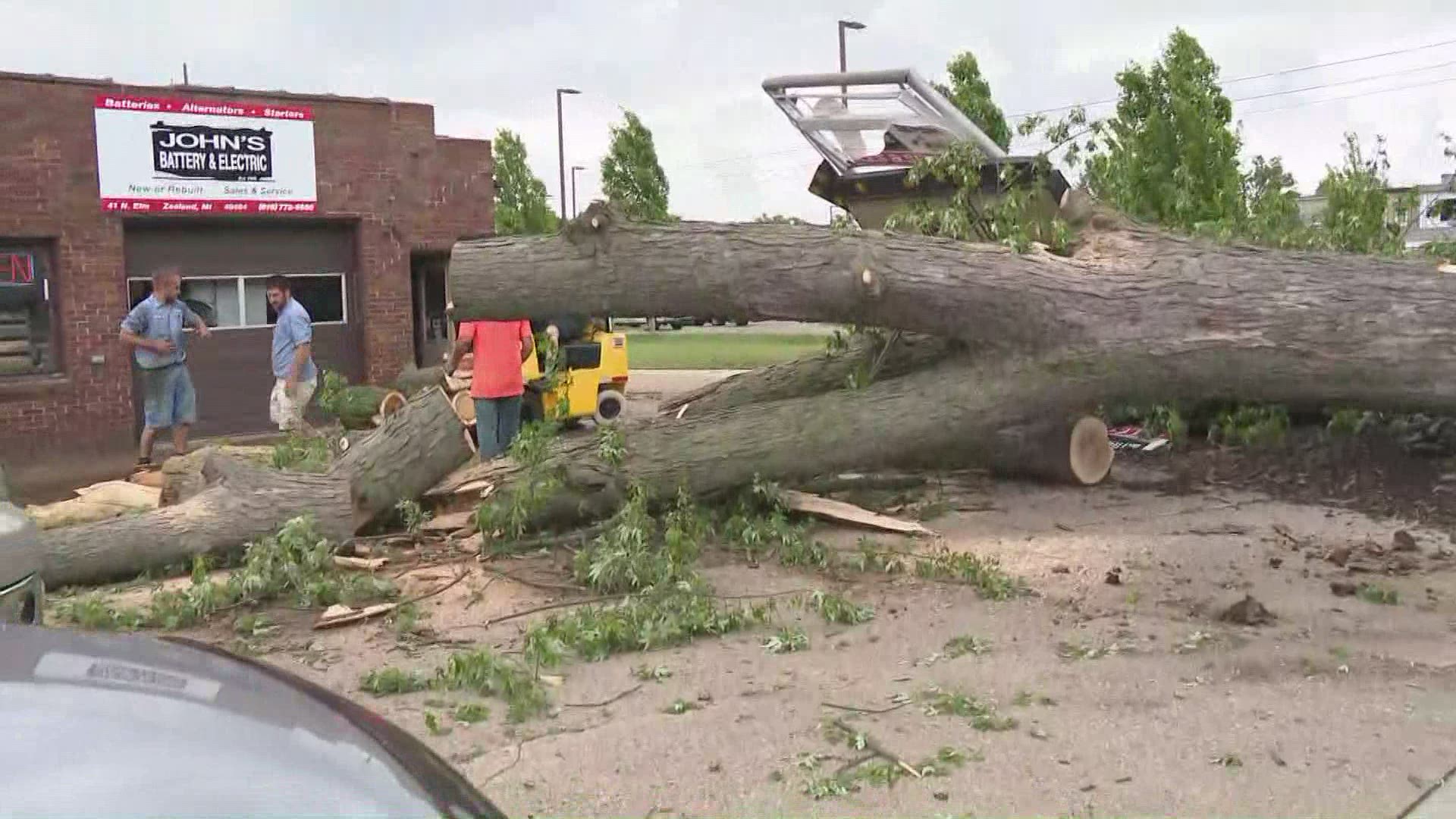 OTTAWA COUNTY, Mich. — Strong winds from a line of thunderstorms swept through Ottawa County Wednesday morning, damaging many trees and causing a semi-truck to roll into a ditch.

In Zeeland, winds uprooted many trees, including one that hit the side of home downtown and another that nearly crashed into John's Battery and Electric on N Elm Street.

"I'm glad I wasn't sitting under it at the time," Owner John Gras said. "We were in the back part of the building about halfway in. Then all of a sudden, the rain started going sideways. Branches started blowing through the building, and the tree came down."

The massive tree destroyed Gras' sign and damaged some nearby vehicles. The structure of the building remains intact.

"We'll have to cute the tree up and haul the wood away, but thank God nobody got hurt," he said.

A few miles away on Quincy Street, a truck driver lost control of his vehicle when a strong cross wind hit, according to the Ottawa County Sheriff's Office.

"The driver was uninjured in the crash, however he was trapped in the semi for a short time until personnel from Zeeland Township Fire Rescue could extricate him from the semi," the release stated.

The National Weather Service reported wind speeds of 59 miles per hour at the time of the crash. 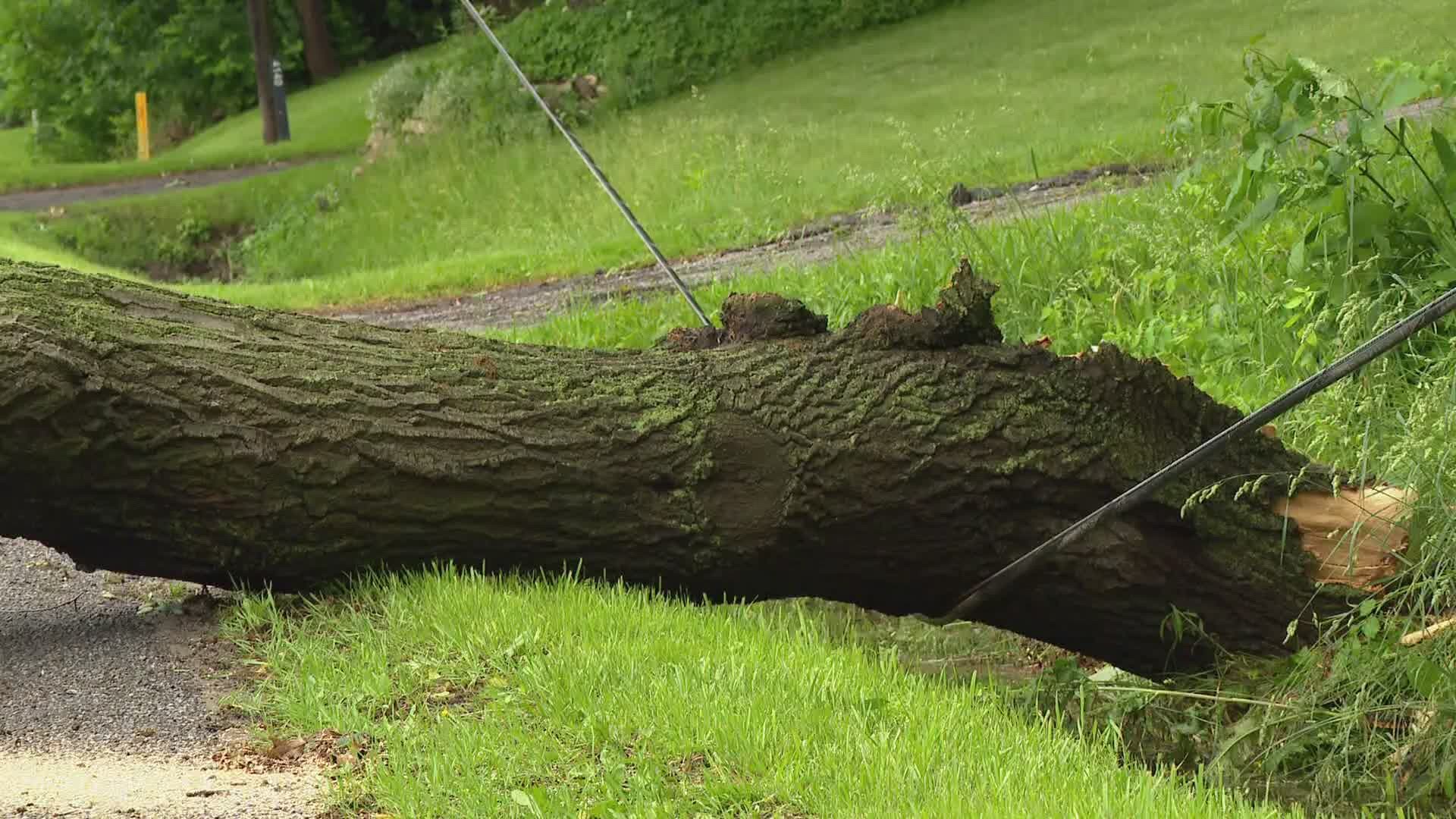