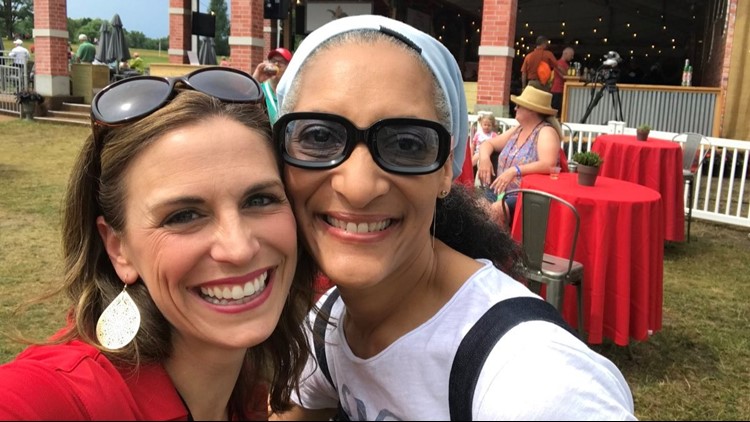 Hall was also joined by the The Cheese Lady on Saturday afternoon at the newly-expanded Grand Taste Garden.

Saturday morning's wet, rainy conditions delayed Hall's scheduled demonstration, but eventually everything worked itself out and the show went on.

The audience is getting ready for Carla Hall’s cooking demo at the Grand Taste! It’s been pushed back to 12:15 with a second one at 2:45. ⁦@wzzm13⁩ pic.twitter.com/BPutco3Ec4

The Grand Taste will be held June 15-17 during tournament week at Blythefield Country Club, and will feature more than 50 of West Michigan's best restaurants and breweries and Meijer. Tickets are limited and sold on a first come, first served basis and can be purchased online.