Max Haveman and Isaiah Brown turned in a billboard design to their teacher a year ago, and now they're being honored for their work. 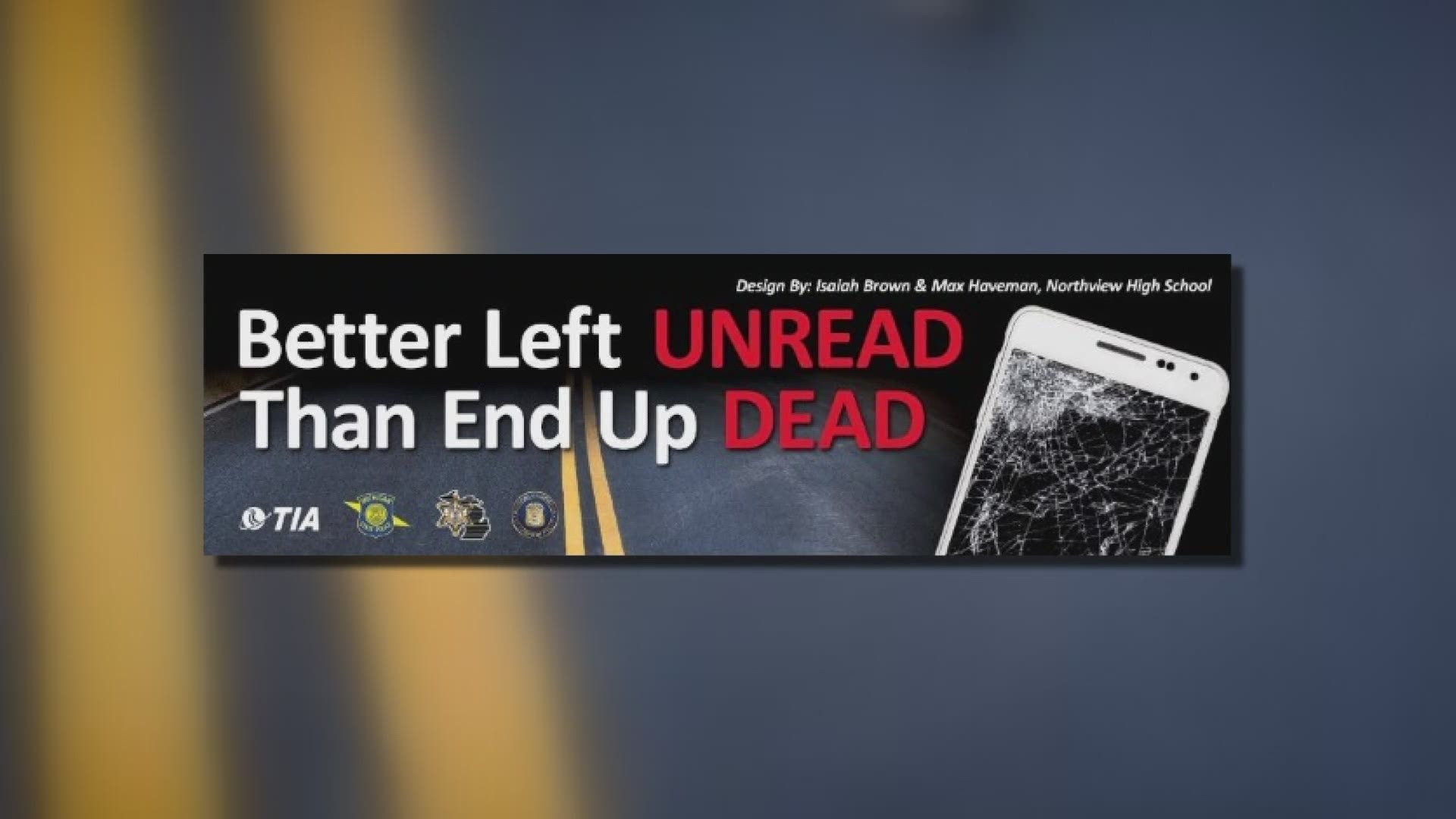 PLAINFIELD TOWNSHIP, Mich. — For years, Northview High School has been at the forefront in the fight against distracted driving. Their latest effort to make headlines in that fight is a billboard, designed by students, that caught the attention of drivers across the entire state.

Isaiah Brown, now a senior, and Max Havemen, now a sophomore, were part of Dave Tull's Adobe Photoshop class during the 2019-2020 school year. That class was tasked with designing a billboard encouraging drivers to put their phones down. It was part of a contest put on by the Transportation Improvement Association, Michigan State Police, and others.

"When they saw that they could win $500, that’s a lot of money for a high school kid, so you get them all psyched up, and I make it a graded project," Tull said.

The students were able to work individually or as part of a group. Brown and Haveman were working by themselves, but they were on the same wavelength.

"We each had the same slogan, and so basically what they did was they combined our billboards to one," Brown said.

Both students say they were pleased with the finished product and that it brought out the best in both of their ideas.

"It was kind of cool to see his ideas put onto it too. I thought it made it a lot better," Haveman said.

Brown and Havemen ended up winning the contest and their billboard was put up all across the state including on southbound U.S. 131 near Burton. But it wasn't until nearly a year after they turned in the project that the two found out about their victory.

"I found out probably three weeks ago maybe and I was surprised about it. I got the email I was like I totally forgot about that," Haveman said.

Brown and Tull had forgotten too, but they're thrilled about the honor.

"When you are given a platform like this to create awareness, it’s important to take it," Brown said.

This is the first billboard design Northview has had that was seen across the state, but they have won contests like this before that have raised awareness about distracted driving in Kent County.

"It’s never a subject you want to put on the backburner and forget for awhile, because our kids are always driving. They’re driving to school, driving to practices, driving to work, and they’re just young. So you’re just trying emphasize the importance of their responsibility not only behind the wheel but being in the car," Tull said.

Each year, the district hosts a simulation of a distracted driving crash that shows how police, firefighters, EMS workers, and emergency room doctors respond to critical incidents. It also includes a mock funeral for a deceased victim and a mock trial for the person who was driving distracted.

"It was shocking because I had never actually seen something like that. It was gory and I think that was sort of the bluntness that the situation needs. You need to take it seriously and you need to not sugar coat it or beat around the bush," Brown said.

The students say they're proud to go to a school that puts so much work into making sure their students. make responsible decisions.

"They care for the community and people around them," Haveman said. 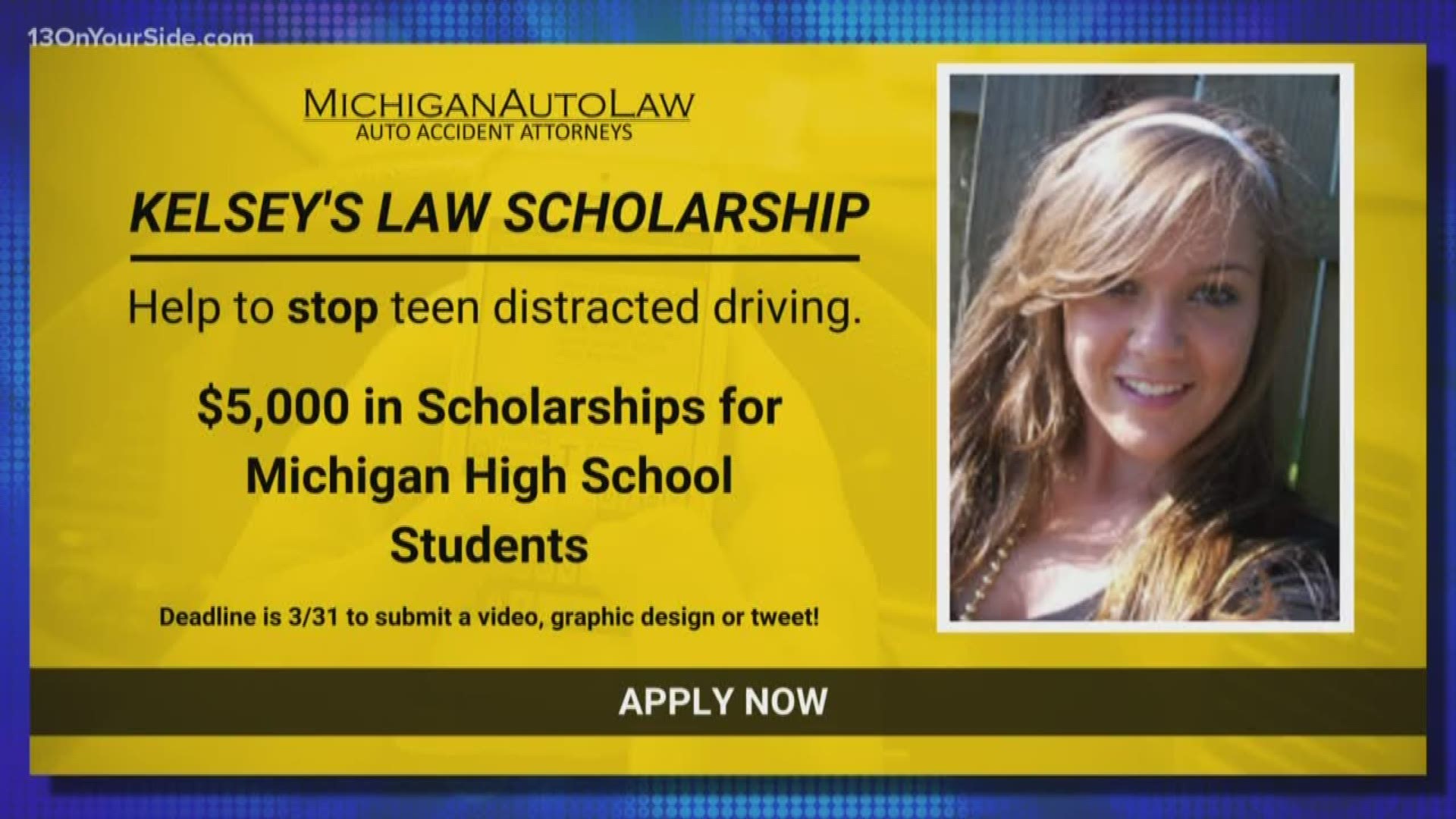