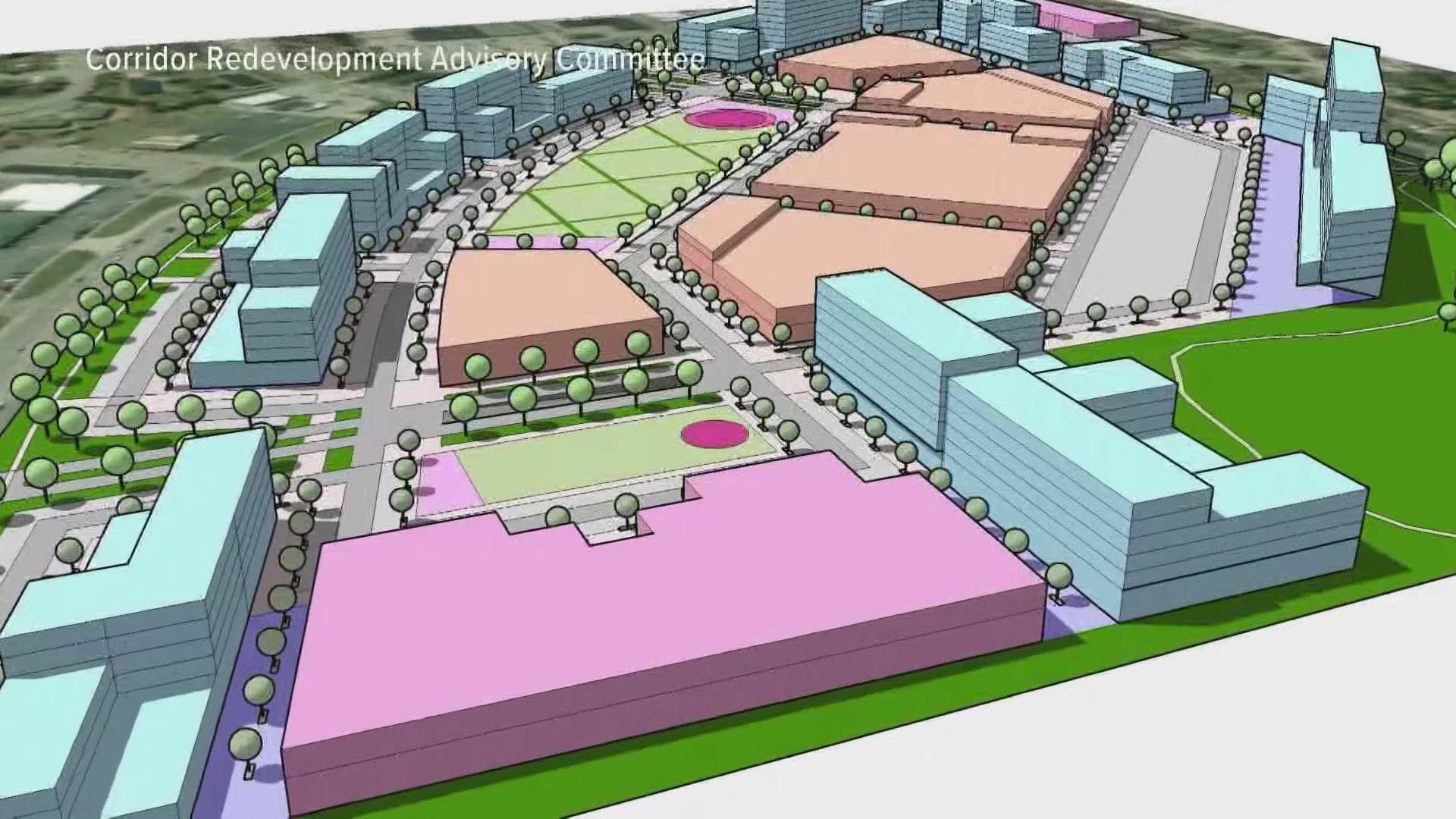 See the full plan by visiting the Township's website.

"We want to create a more sustainable area for residents, to attract business growth and reinvestment," said Ben Greene, the committee's chair. "and we want to retain the businesses that we have now, and the people that we have now."

Greene said the three town centers would be economic hubs, including residential and mixed-use spaces. They would be located near the Meijer store on Plainfield, near the former Witmark building, and where Plainfield Avenue meets the East Beltline.

Credit: 13 OYS
The area near the former Witmark building is proposed to one of the new town centers.

"I think the biggest challenge is really, we have this corridor that was largely developed after the Second World War," said Greene. "Really auto-centric, really built to help accommodate that kind of industry. And, frankly, the planning of the township over the years, it was well planned, because it has become what it was intended to do. Now, the problem with that is the the needs are changing, the wants of our residents have changed, the wants of people who want to make investment in our corridor have changed."

The plan is long-term, looking to be laid out over the next 20 to 25 years.

The first of a series of webinars on the project is April 7 at noon. Two more are on April 14 and 21. You can register for the webinars here.

An in-person open house meeting will be held on April 28 from 3 p.m. to 6 p.m. at the Plainfield Fire Station, located at 4343 Plainfield Ave. NE. Those attending will be required to wear a mask and follow distancing guidelines.

Another goal of Reimagine Plainfield includes making it more friendly for all modes of transportation, including walking. That's something Davide Uccello, owner of Flo's Pizzeria Ristorante & Sports Bar and vice-chair of the committee, would like to see improved.

Credit: 13 OYS
The owner for Flo's Pizzeria would like to see Plainfield Corridor a more walkable destination.

"We have minimal lunch business, and I feel and associate that with the fact that the corner doesn't have a walkable sense of being able to walk around and go into different shops, like a downtown would," said Uccello. "Creating pockets of little downtowns along the corridor will really allow all of the corridor to come together and increase that foot traffic, which will increase business, as well as that sense of community and product."

"It's kind of in my heart to see this over time," said Uccello. "and help the community get to a new place, a new reimagined corridor." 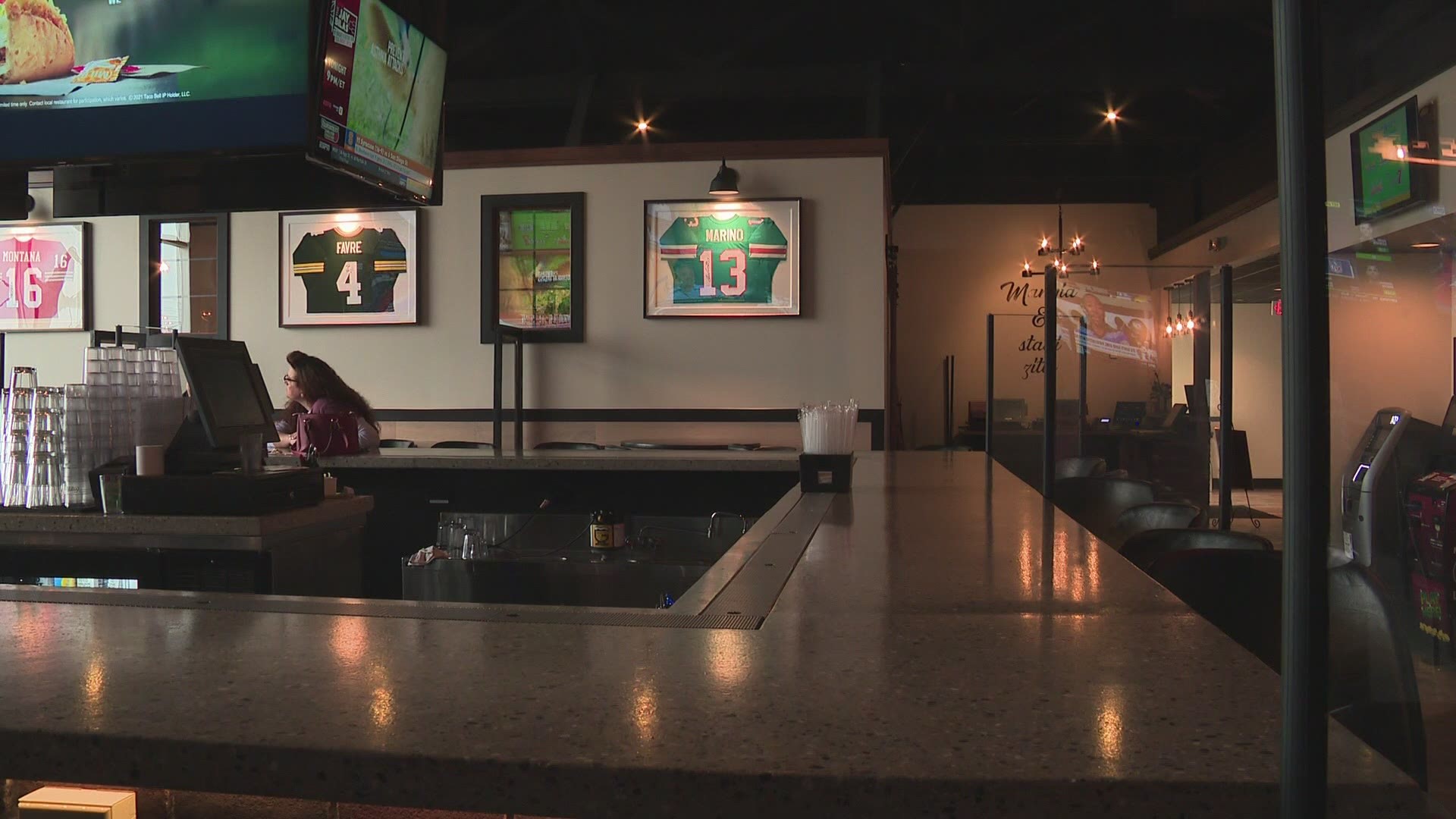