Michigan State Police claim that 63-year-old Johnny Owen King was holding a rifle, which was later determined to be an air-pump gun. 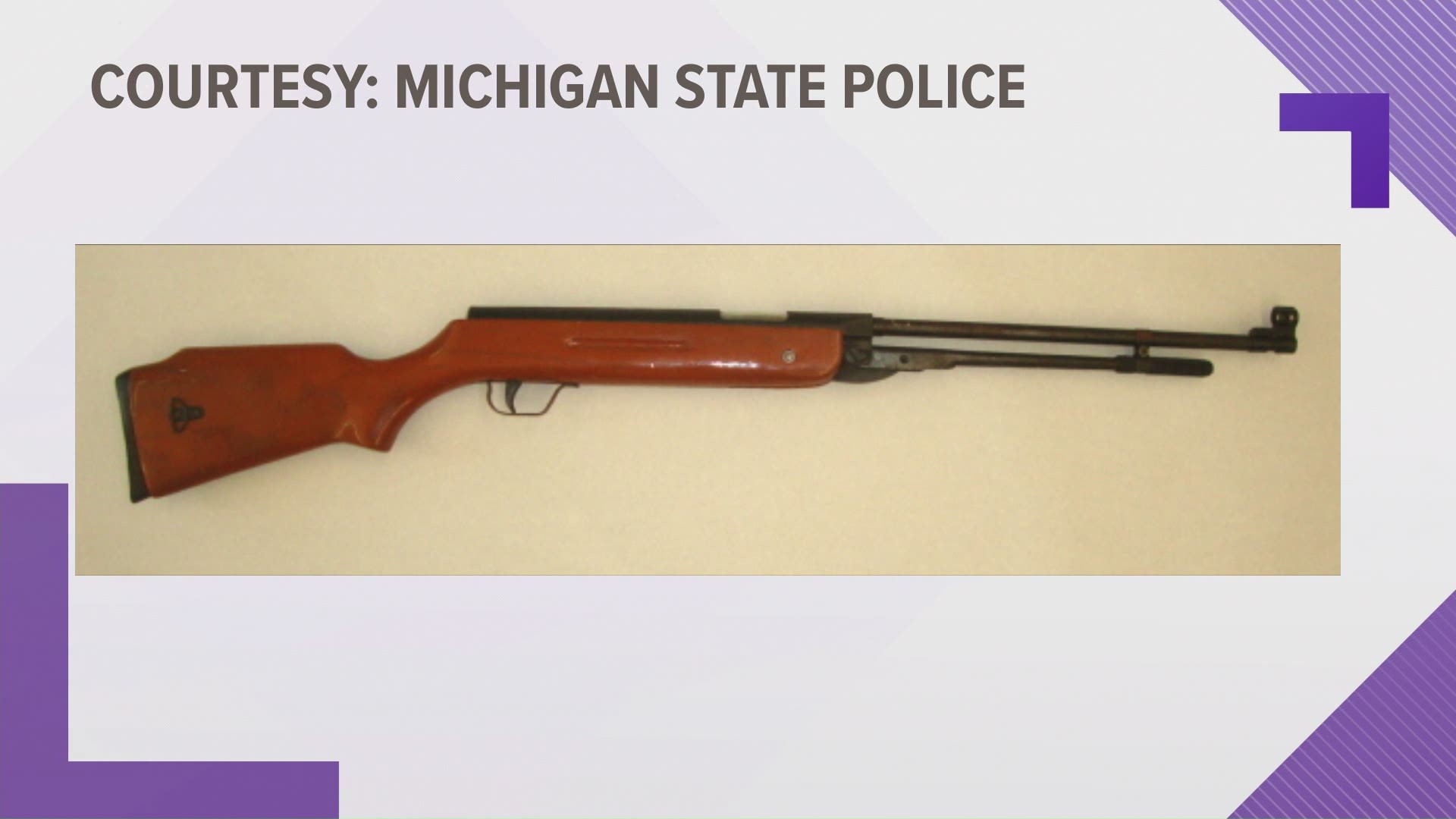 On Tuesday, Michigan State Police released the identity of the man fatally shot by police in Beaver Township, Newaygo County.

Police said 63-year-old Johnny Owen King "armed himself with what appeared to be a rifle, at which time he was shot." The "rifle" involved was later identified by police as a .177 caliber pneumatic gun, also known as an air-pump gun that shoots pellets or BBs.

King lived at the address where the incident occurred, according to MSP.

Police say they were called to the area for a domestic assault. The incident remains under investigation.

Police say they responded around 8:50 a.m. after a report of a domestic dispute in the 8000 block of W 10 Mile Road. Troopers said they were confronted by an armed man upon arrival and he was shot, police say.

According to police, the man was declared dead at the scene and the troopers have been put on administrative leave.

Investigators are on scene of an officer involved shooting. Troopers were not injured, the suspect is deceased. Investigation is continuing, updates will be provided as they become available.