The incident was discovered after photos of it were posted on social media.

Credit: AP
FILE - This July 19, 2002, file photo, shows the Mackinac Bridge that spans the Straits of Mackinac from Mackinaw City, Mich. Enbridge Inc. says it's setting a firm deadline for completing a proposed oil pipeline tunnel beneath a key Great Lakes channel linking Lake Huron and Lake Michigan. The Canadian company says it has pledged to Michigan Gov. Gretchen Whitmer that the tunnel under the Straits of Mackinac would be in service by early 2024. Enbridge spokesman Michael Barnes said Thursday, May 30, 2019, the company made a firm commitment to it in a recent letter to Whitmer. (AP Photo/Carlos Osorio, File)
Author: Amy McNeel (WZZM13)
Published: 12:53 PM EST December 2, 2020

ST. IGNACE, Mich — The Michigan State Police announced Wednesday that they're investigating a case of felony trespassing on the Mackinac Bridge.

Police say someone illegally climbed the bridge, endangering themselves and others. The incident was discovered after photos of it were posted on social media.

"This is not a harmless stunt; it's inexcusably reckless," said MBA Executive Secretary Kim Nowack. "This individual risked not only his own life but also the lives of those crossing the bridge beneath him, and would have threatened the safety of emergency personnel and Mackinac Bridge Authority (MBA) staff had a rescue been needed."

Michigan Department of Transportation (MDOT) Director Paul C. Ajegba, who is also a member of the MBA, has called for a thorough examination of security protocols following the discovery of the incident.

"It is very troubling that someone would put their own life at risk not to mention that of others just for photos and thrills on our state's signature bridge," Ajegba said. "While the Michigan State Police continue their investigation, I have also asked the MDOT employees at the bridge to conduct a thorough review and implement measures to prevent future incursions."

MSP is currently investigating the incident. Sgt. Gary Demers said his department is using “all of our resources to identify and prosecute this individual,” who could face felony charges of trespassing at a key transportation facility.

Police said the social media photos appear to have been taken from the top of one of the bridge towers. They said the photos could be related to an incident that happened in early November when an alarm was activated on the bridge.

“Though staff investigated the alarm, they could not immediately determine how it was activated,” an MSP release reads. “When another alarm was activated several hours later, they observed someone leaving the bridge. Local police were called to investigate but the person could not be located.” 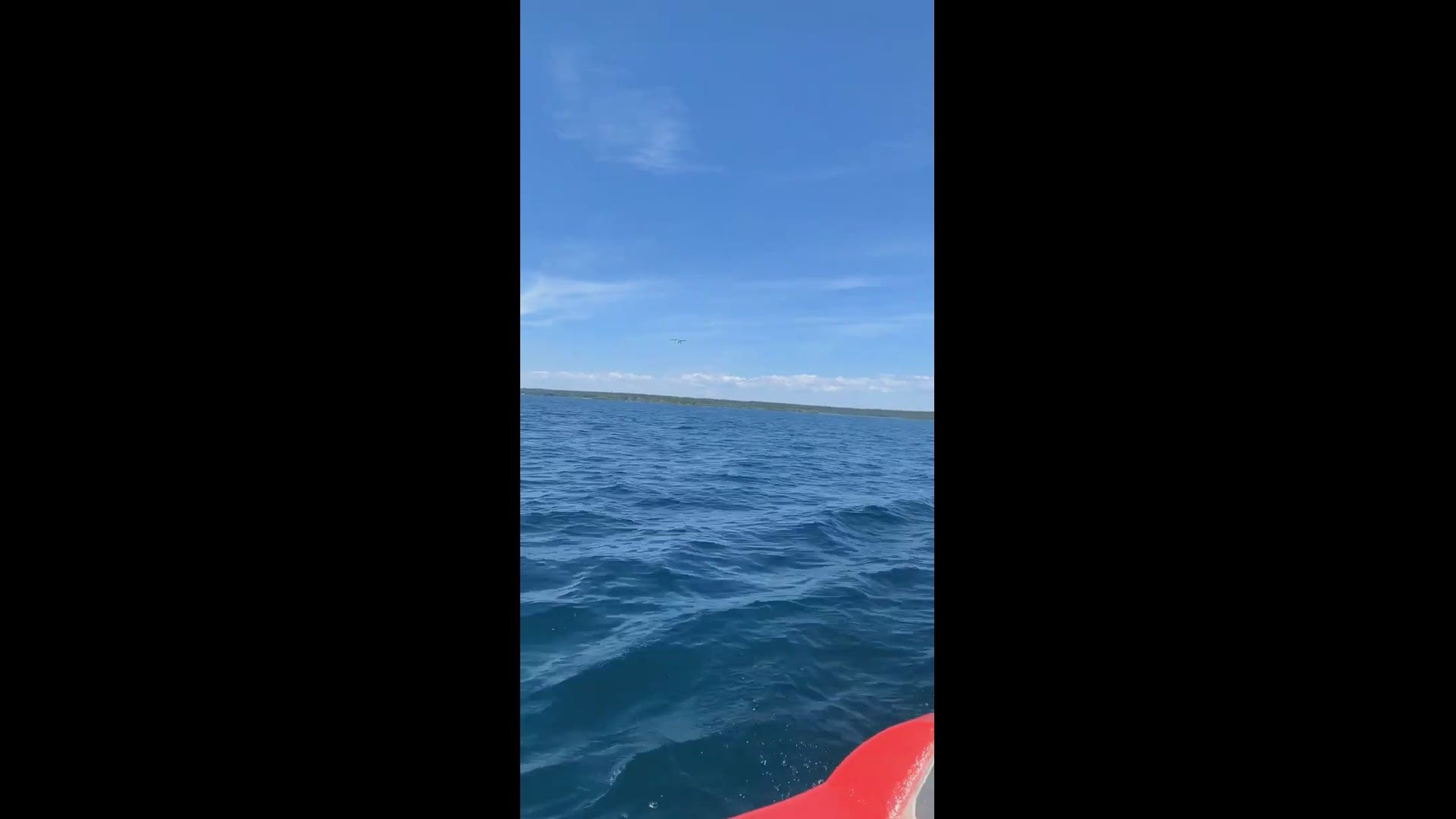