MSP: 1 killed in wrong-way crash on southbound US-131, alcohol a believed factor

The Michigan Department of Transportation said at around 7:50 a.m. that the roadway reopened. 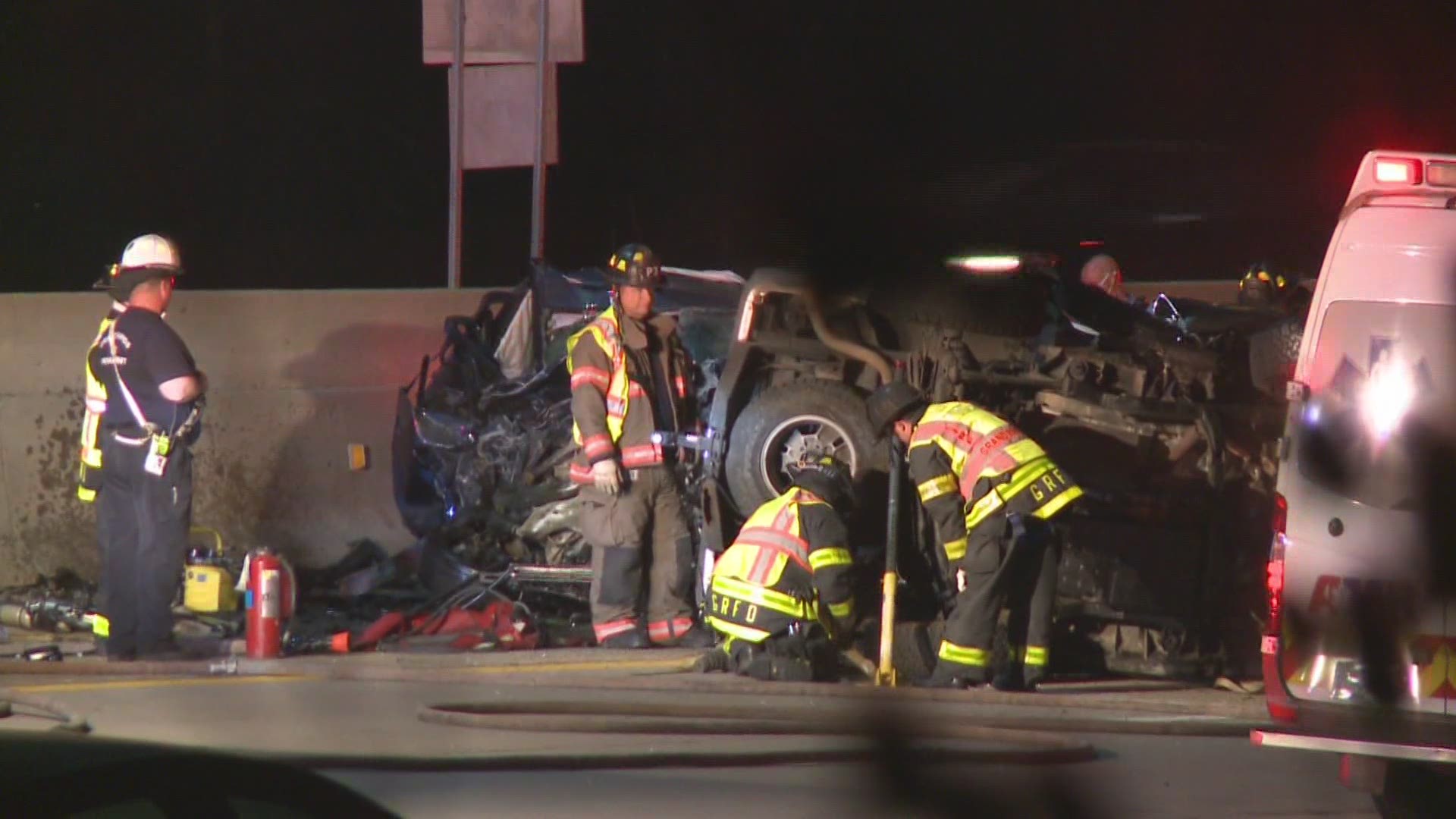 GRAND RAPIDS, Mich — One person is dead and another is seriously injured after a wrong-way crash on southbound US-131 in Grand Rapids Friday, police say.

Preliminary investigation indicates that a 1999 Toyota 4Runner driven by a 21-year-old Rockford man was traveling northbound in the southbound lanes of US-131. The vehicle collided head-on with a 2020 Buick Encore driven by a 59-year-old Wyoming woman.

The 59-year-old woman was pronounced dead on scene, police say. The 21-year-old man was taken to an area hospital with serious injuries.

The crash is currently under investigation by the Michigan State Police Grand Rapids Post. Police say alcohol is a believed factor in the crash.

US-131 at Ann Street, Exit 88, was closed for an extensive period of time Friday. The Michigan Department of Transportation said at around 7:50 a.m. that the roadway reopened.