"I don't know how to fix it but to get everybody back to work," said Matt Anderson. 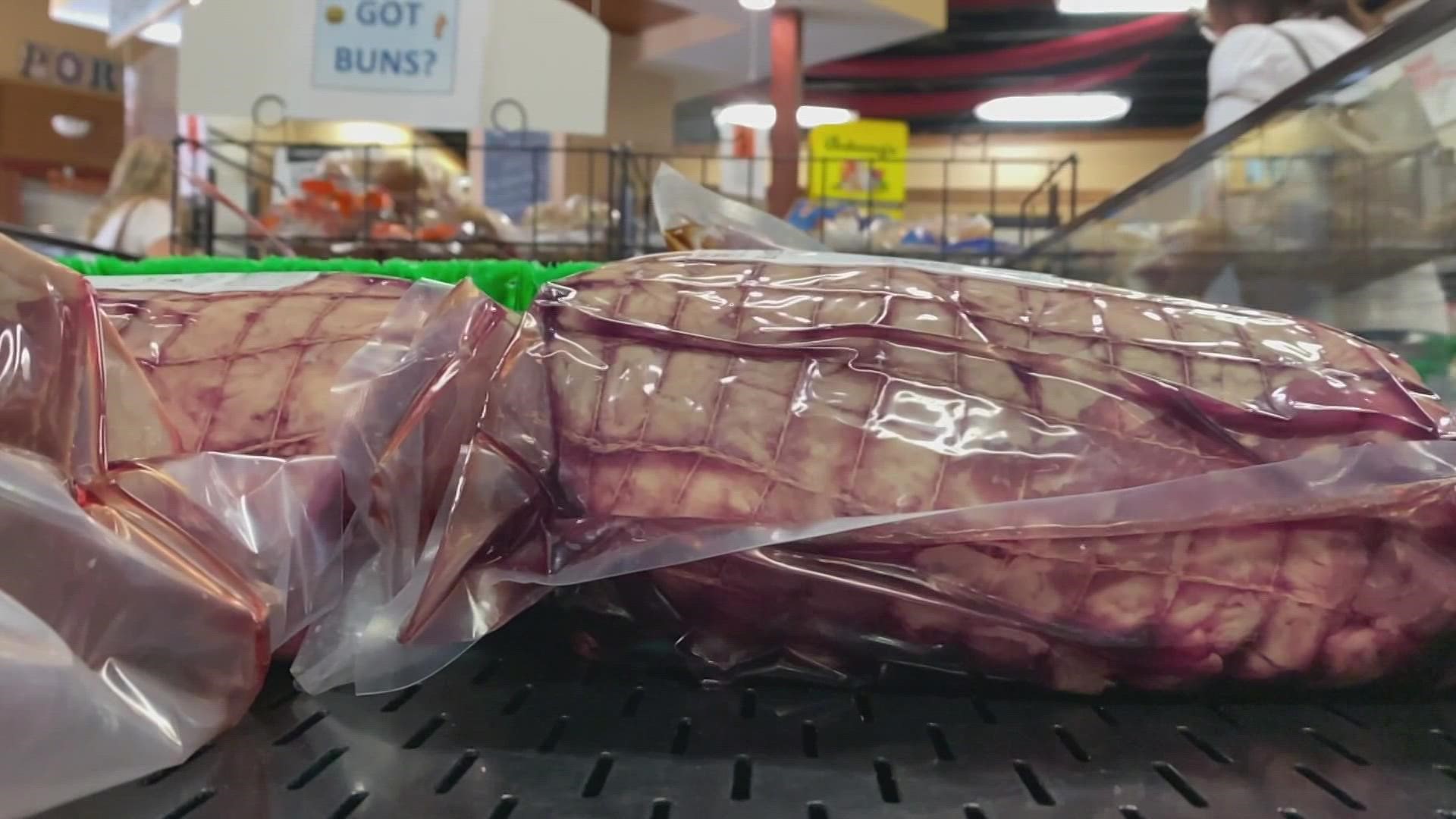 OTTAWA COUNTY, Mich. — Have you noticed that meat is costing a lot more these days? The price of bacon is up about 28%, the highest it's been in 40 years.

13 ON YOUR SIDE wanted to know more about the change from local meat industry experts.

"The meat industry is dealing with shortages, and the supply chain is clearly broken in every area," said Matt Anderson, Owner of The Meat Block in Muskegon.

For Anderson, a butcher expert, he said he's had to raise his prices to afford what they pay for the product.

"Whatever those prices are coming in," he said, "they are then being translated into consumer prices."

"Our prices coming into us are definitely higher, especially over the last two years than they've ever been before," Anderson added.

He also said he believes the meat industry is facing a major labor shortage, which is causing a delay in production.

"Especially because this is a laborious industry," he said, "you've got to break down the cattle, the chickens, and the pigs."

"I don't know how to fix it but to get everybody back to work," Anderson added.

"There are so many people who cannot find help to milk cows, run equipment, or get the crops out of the field," she said, "The labor shortage is a big problem."

"We can't afford all of those extras, and we for sure can't raise wages," she said.

13 ON YOUR SIDE also received a statement from the North American Meat Institute that said:

"There isn't a shortage, but meat prices are rising due to a more limited supply. There will still be plenty of meat at retail and food service, but like other goods and services, meat packers and processors face critical labor shortages that have slowed down production. They also have problems with transporting products. Meanwhile there is record demand for meat and poultry. All of these economic factors combine to create higher prices for consumers. Production is still well above levels experienced at the height of the pandemic in April and May of 2020."

"In a nutshell, I think that's where we're at," said Matt Anderson, "and I don't think it's going to go away anytime soon."

Heidi Hendrickson said it's always important to buy from your local famers, and shop small.