The plan would carve a 50-foot-wide, 7-foot-deep, 22.5-mile stretch of the river between Fulton Street in Grand Rapids and the Bass River inlet in Eastmanville. 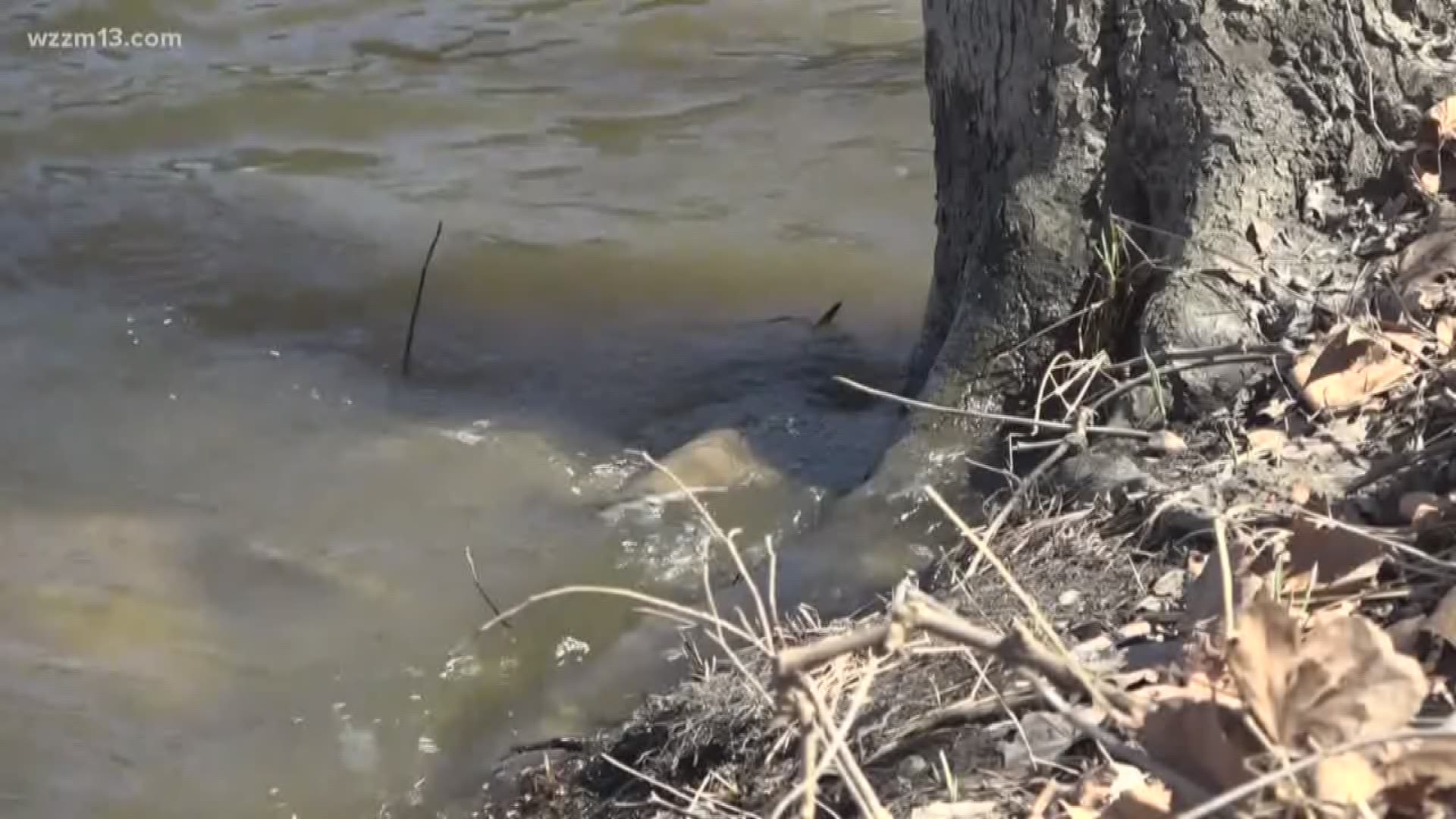 WEST OLIVE, Mich. (GRAND HAVEN TRIBUNE) - “Are there any positives?”

It was a serious question from Ottawa County Commissioner Francisco Garcia during Tuesday’s public hearing about a proposed dredging project on the Grand River.

The hearing before the Ottawa County Board of Commissioners took place at the county’s Fillmore Street Complex.

Dan Hibma, a property owner spearheading the Grand River Waterway project, defended an initiative he said would generate $5.7 million annually from increased visitor spending. Proponents say the investment would bring opportunities for development along the river, increase property values for residents and tax revenues for municipalities.

In the wake of studies on dredging feasibility and economic impacts, municipal authorities in downriver communities have said project proponents made too many assumptions about the benefits, and did not consider the repercussions.

Hibma told the Ottawa County Board of Commissioners, which is weighing a resolution to oppose the project, that a permit has not yet been submitted to the Michigan Department of Environmental Quality. He called the dredging feasibility study “surgical,” but said it’s up to state scientists to determine whether the activity can be approved.

“We’re way, way early in this process, even though I’ve been working on it for a long time,” Hibma said. “You don’t know until you know, and I guess that’s my appeal to everyone here. Let the process continue.”

Bobbi Sabine, an organizer with the Ottawa County Parks Foundation, said the endeavor would be counter-productive to the county parks department’s work to preserve the river landscape. She said the river contains 50 species of rare plants and animals, including 18 shellfish whose habitat would likely be disturbed by dredging.

“We have spent decades and tons of money very carefully planning and creating a park and trail system along the Grand River,” she said. “This project has absolutely no positives, as far as I’m concerned, and all negatives.”

Ottawa County Sheriff Steve Kempker outlined the need for increased law enforcement if the project is approved. He estimated a need for three additional patrol boats costing $600,000, and $86,000 in spending per year — not including fuel and operating expenses. Additional training and specialized equipment are needed to conduct work on the river, which Kempker said would see increased boating accidents and criminal activity.

There’s also the question of the 490 buoys needed to demark the dredged route. “The Sheriff’s Office is not in the buoy business,” the sheriff added.

Ottawa County Water Resources Commissioner Joe Bush estimated the project would lead to a total of $798,000 annually for the department, which he said currently spends zero dollars on the river. The removal of debris alone would be a tall order, Bush said.

Spring Lake Township Supervisor John Nash said he and other municipal leaders along the river are opposed to the project. Grand Haven Mayor Geri McCaleb shared concerns about the cost of the initiative and the prospect of increased boat congestion in an already-busy harbor.

O’Keefe said the river’s velocity will increase if you dig a deeper channel, causing increased erosion that he called “like pinching a hose, but the hose is made of sand.” He said the Grand River has “dynamic equilibrium” with its erosion and sedimentation processes, but erosion from dredging would have impacts not just downriver, but upriver, as well.

The project would damage fish habitat known as “riffles,” which are uneven sections of the riverbed used for breeding, O’Keefe said.

“When you dredge, you get rid of those riffles, by definition,” he explained.

O’Keefe’s findings are gathered in a new paper produced by the Michigan Sea Grant.

Steve Maas, mayor of Grandville and a Grand River Waterway advisory board member, said the project would not undercut uses like kayaking.

The Ottawa County Parks & Recreation Department approved a resolution opposing what Parks Director John Scholtz told the county commissioners was not a desired outcome for river stakeholders. Scholtz said the dredging initiative would devalue the river for “quieter” users like kayaks and canoes. The county has designated its stretch of the river as a water trail for this type of recreation, he said.

“Throughout all of our years of planning, we’ve never heard from the boaters that there’s a need for more deep-water boating opportunities,” Scholtz said. “What we have heard people express a desire for is more high-quality natural lands.”

At the end of the meeting, Hibma said he had “learned some things today” after hearing concerns, and said he would approach the initiative with those considerations in mind.

With the community feedback, the County Board of Commissioners is expected to consider a resolution to oppose the project, which officials say could then be adopted by the local municipal units who share this view.