"Our job is to continue to fight, that was not the end all," said Taylor's cousin, Tawanna Gordon. 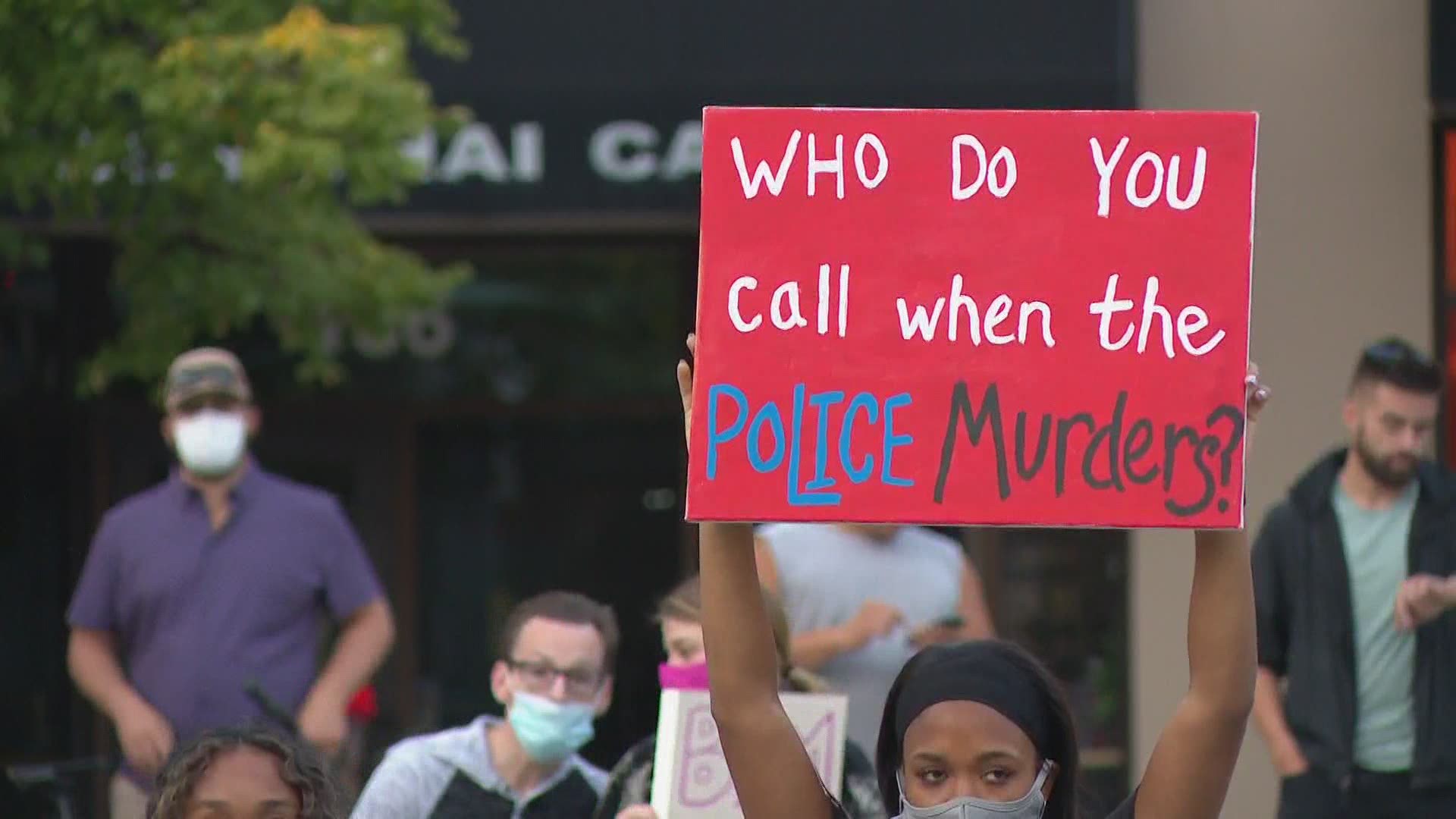 GRAND RAPIDS, Michigan — Breonna Taylor's name echoed through downtown Grand Rapids on Wednesday just hours after the announcement came that no one would be charged for her death.

"It's March 13 all over again," said Tawanna Gordon, Taylor's cousin.

Taylor, a 26-year-old Grand Rapids native, was shot and killed by police back in March. She was shot at least five times, but the charges issued by a Kentucky grand jury on Sept. 23 were for the shots fired into a neighbor's apartment.

Former Louisville detective Brett Hankison, who was fired prior to the charges, faces three counts of "wanton endangerment."

A Louisville solidarity rally organized by Justice for Black Lives and Family Over Everything, and largely led by Breonna Taylor's family, started around 7 p.m. in Rosa Parks Circle.

"Today, the judicial system did another injustice to our family," Gordon said to the crowd of people. "This country thinks that it can pay out money to a grieving family for a life. That life is priceless. What you gave us means nothing. Until we get legislative changes then Breonna will have died in vain."

Gordon and other speakers challenged the City of Grand Rapids to step up and see the change out in the city that Taylor first called home.

"We need more people down here in this circle," Gordon said as she looked at the crowd gathered in Rosa Parks Circle. "If you're not here, you're not involved in the change."

Gordon called on residents to support Black business owners, hold lawmakers accountable at every level and vote. She also brought up Kavosaye Phillips, a man who was injured by a Grand Rapids Police officer earlier this year during an arrest, saying his name should also be known.

The group led by Gordon and other family members marched to the Grand Rapids Police Department and chanted for Chief Eric Payne to come out.

Payne, who met with Taylor's family earlier in the day, did come out eventually. At Gordon's request, he took a knee for 26 seconds before hugging both Gordon and Erica Eaves, another family member.

"I ask you all to understand that we are grieving. I ask you to continue to say Breonna's name," Eaves said into a megaphone through tears. "We will not be silent, we will get louder."

"This fight is not over," Gordon said. "We need to prevent another Breonna Taylor anywhere in this country. So, we have work to do and it starts now."