The first Blockbuster opened in Dallas in 1985. The new documentary 'The Last Blockbuster' focuses on the company's rise, fall, and the last store in America. 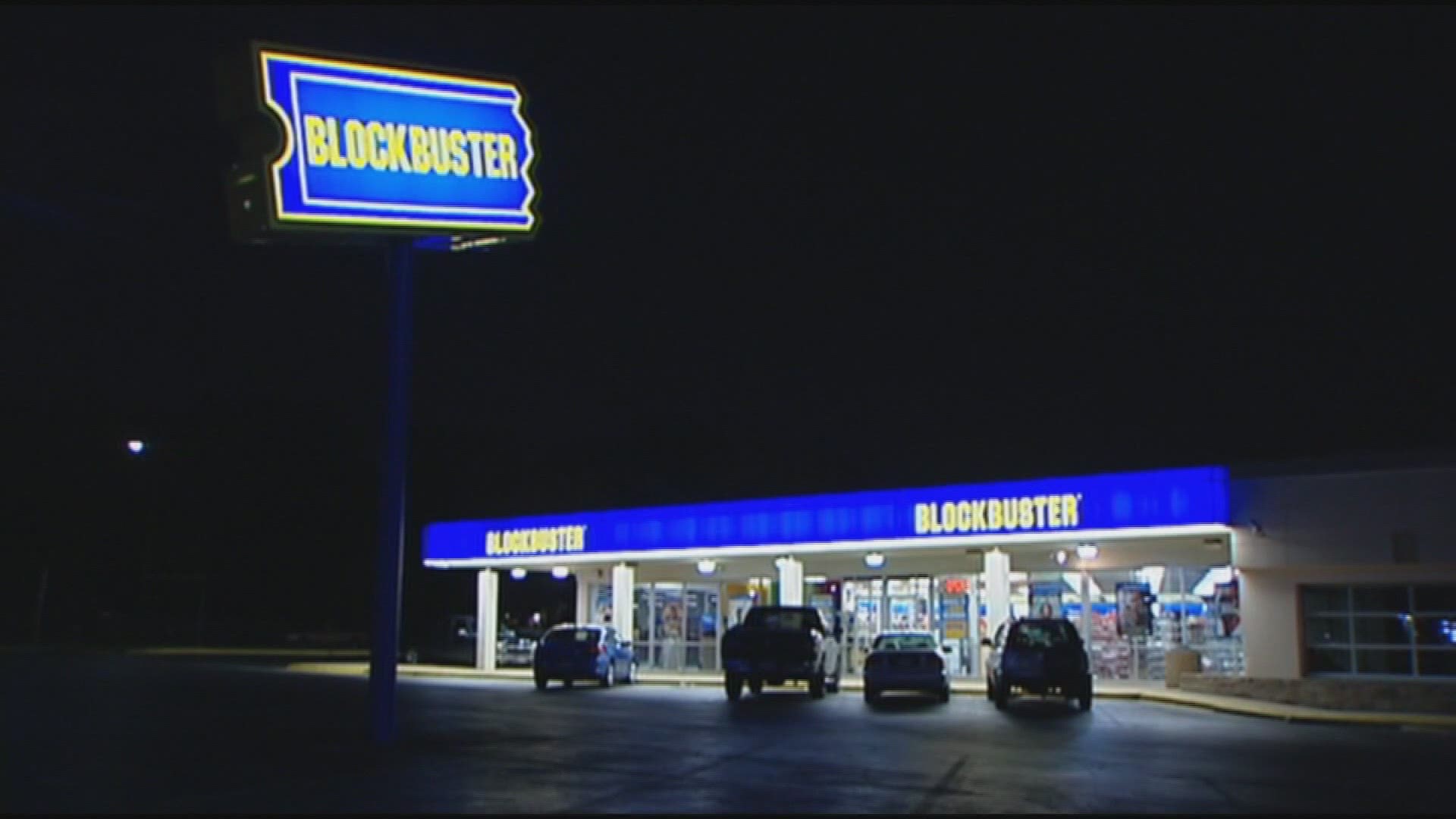 DALLAS, Texas — A pop culture relic from the 1990s and 2000s is back in the spotlight, and it has many once again saying, "Be Kind, Rewind."

The documentary "The Last Blockbuster," now available to stream on Netflix, focuses on the beloved video rental chain's rise and fall and puts a spotlight on the final store left in America.

It's a huge nostalgia trip and fascinating look inside the last Blockbuster store in Bend, Ore.

Many likely don't know that the first Blockbuster ever opened in Dallas in 1985 in the Medallion Shopping Center off E Northwest Highway and Skillman Street.

Its corporate headquarters were once in the Renaissance Tower in downtown Dallas during the company's heyday when it owned more than 9,000 stores and employed more than 70,000 people.

RELATED: Reports: Netflix test could crack down on password sharing

The pair were once executives for the company before it went bankrupt in 2010 and closed all of its corporate stores in 2014 due to constant competition with streaming services.

"Almost anyone who had an experience with Blockbuster looks back at it fondly," Rod Murray said.

Murray used to be the vice president of video game merchandising.

"When I tell people that I worked at Blockbuster, they say, 'Oh man, that must have been fun!' But, back then, they were always asking if I could take care of their late fees," Murray said with a laugh.

Kuterbach still has some memorabilia from the video rental chain, including a hideous and hilarious yellow-and-blue-striped Blockbuster polo he had to wear at a convention one time.

Credit: Matt Howerton
Brian Kuterbach shows off one of his old Blockbuster polos.

He used to be the director of general merchandise for Blockbuster and secured candy and food for the stores.

"There are a few things I can't seem to get rid of," Kuterbach chuckled. "This polo was less than stylish, but it has an appeal, right?"

I called Murray and Kuterbach, not only because people are reliving the glory days of walking into a building to rent a movie, but also because the final store in Bend is receiving a lot of support since the documentary premiered.

According to ABC News, the documentary brought even more interest in the form of visitors, mail, and online orders.

The store has received lots of calls too, mostly from people just wanting to thank them for staying open this long.

"Nobody wants to see that last store go away," Kuterbach said.

Credit: Matt Howerton
The one thing you needed to rent movies back in the day: a Blockbuster membership card.

The store doesn't have any plans to close, and the interest from the documentary shows that people still have a nostalgic love for renting a movie the old-fashioned way.

"It was an event to go to the store and hunt for a movie," Kuterbach said. "That was really the only way to get new content at the time."

Kuterbach, who lives in Ovilla, said he often passes by an old store and thinks back on the good ole days of "Make it a Blockbuster Night."

Murray, now living in Seattle, said he misses what made Blockbuster so great: the employees.

"People in our stores really knew their stuff. They got to know the customers who came there and could always recommend things you'd never watch unless you talked with them," Murray said.

"It was kind of like a community," Kuterbach added.

Most kids nowadays will never know the excitement of realizing a movie they want to see is in stock or the arguments you might have with your parents over renting a movie, or even what it was like to hustle to the video drop-off box before school to keep from getting a late fee.

But time moves on, and so did Blockbuster. Its once original store is now an Applebee's. All that's left now are memories.

Credit: Matt Howerton
What was once the original Blockbuster is now an Applebee's in the Medallion Shopping Center in Dallas.