Every year, a remembrance ceremony is held in Grand Rapids to honor those killed on 9/11/2001. 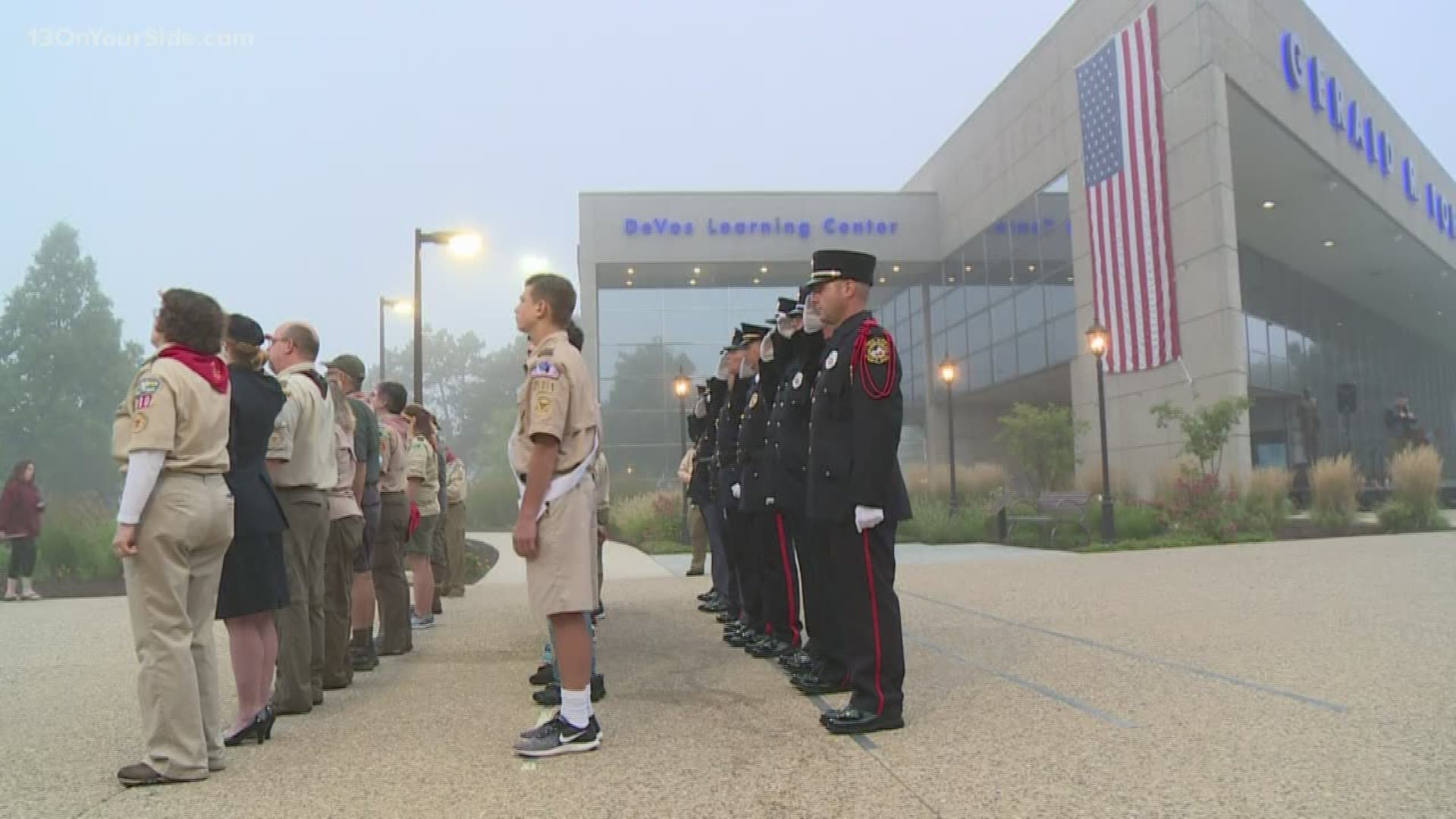 18 years ago, the world changed. Commercial passenger planes were used as weapons and smashed into well known sites in the United States, killing thousands. Every year, groups honor the lives lost and the people who fought to help those hurt and killed in the attacks.

In Grand Rapids, a remembrance ceremony will take place at the Gerald R. Ford Presidential Museum. It's an annual event. Since 2002, The President Ford Field Service Council and Boy Scouts of America have worked with the Grand Rapids Police and Fire Departments, the Salvation Army, American Red Cross, SpartanNash, Girl Scouts of Michigan and other organizations to lead a "Scout Salute" on September 11 to pay respect to all those who died during the terrorist attacks.

The schedule for the Scout Salute and remembrance ceremony looks like this:

7:19 AM Opening/Invocation/Introduction of Honor guard

9:37 AM Ring Bell for Pentagon

There are also other events happening at the Museum throughout the day to mark the occasion.

Flags for the Fallen in Ah-Nab-Awen Park

Hands only CPR in a tent on the plaza, provided by The American Red Cross.