It comes as the American Society of Civil Engineers is working on next year's report to see if the state's infrastructure has improved from a C- rating in 2018. 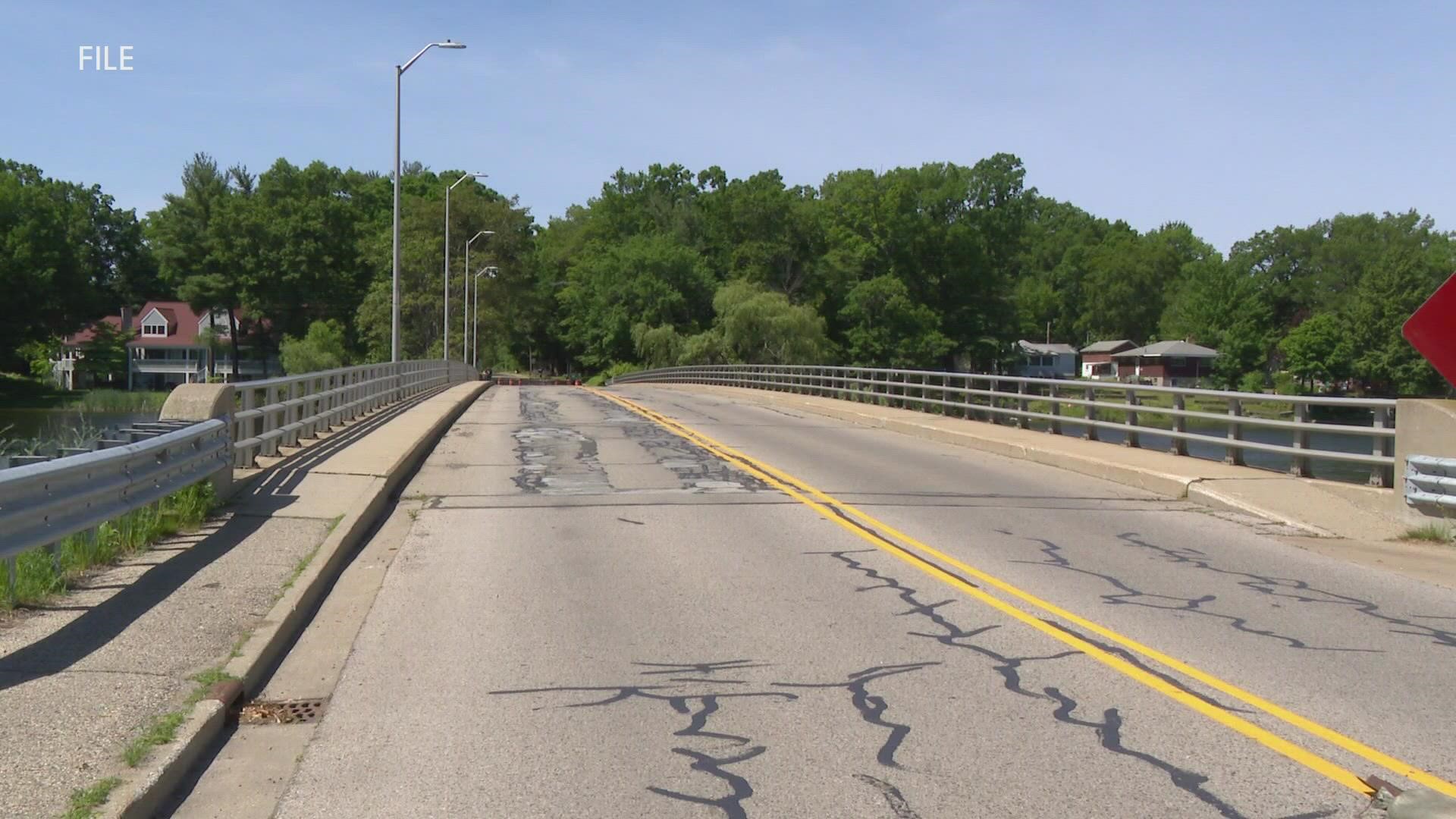 State leaders hope Michigan roads and bridges could get a much-needed facelift soon, if the infrastructure bill passes through Congress.

It comes as the Michigan Chapter of the American Society of Civil Engineers is working on next year's report to see if the state's infrastructure has improved from the previous report card which have the state a C- in 2018.

"Any time we do reconstruction, it's not like we can put back what is there," he says. "We have to modernize and look at the safety aspects and unfortunately that means those projects are a significant investment."

1,100 of the state's 13,000 bridges are rated in poor condition right now, and it would cost about $4 Billion to bring every bridge up to good standards.

Tim Bradshaw, President of the Michigan Chapter of the American Society of Civil Engineers says he's hoping there'll be an improvement from the last report card's rating of C- for Michigan bridges.

"It was just like when you were a kid in school, where a C- indicates we're getting by and there's room for improvement," he says. "I', cautiously optimistic that with the increased funding we've seen, bridges will see some improvement over the last four years."

That rating doesn't mean all bridges in Michigan need repairs though.

"There's some that are really bad throughout the state, but they're closed because we know about them," Bradshaw says.

If more funding comes Michigan's way, it'll be up to MDOT to take care of about 4,500 bridges and the rest are up to city and county road commissions to repair.

"So we're looking at a fairly major investment between trunk line and local agency bridges here in the state of Michigan," Chynoweth says.

He says here in West Michigan, the development and infrastructure is newer so there are bridges over M-6 and M-231 that he believes are in good shape and will last for years to come.

One bridge that Bradshaw with the ASCE called a success story is the brand new 100th St. bridge over M-131 which was recently raised.