Founder of 1890 Men’s Grooming Parlor pursues her passion despite a lifetime of struggle. 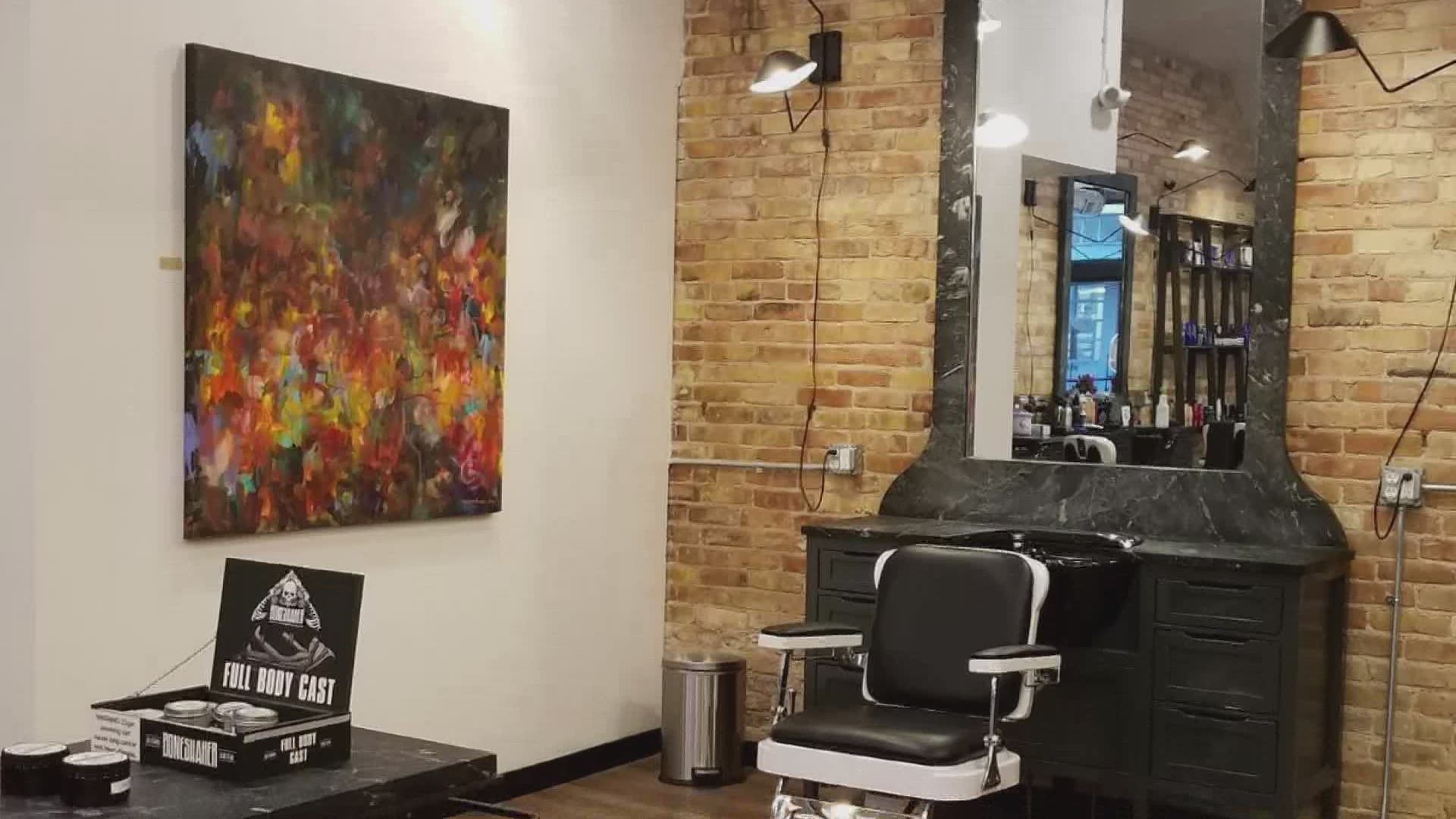 Founder and owner of 1890 Men’s Grooming Parlor, which opened at 610 Bridge St. NW in Grand Rapids in April 2019, Zuiderveen walked a long road to business ownership.

She was born in Costa Rica, where she lived in poverty and neglect and was orphaned along with her two sisters at a young age. While waiting for adoption, she survived serious trauma in a foster home. When Zuiderveen was 10, she and her sisters were adopted by a family in Hudsonville that already had six biological children — five boys and one girl.

Starting over in Hudsonville as a young Latina girl was extremely difficult for her, Zuiderveen said. Not only did she not know the people, and no one looked like her, but she was experiencing culture shock. While she was “overall very grateful,” she felt her adoptive family was ill-equipped to help her with the transition.

Zuiderveen worked hard to overcome the hurdles in her path.

“English was not my first language. It took me two years to learn it,” she said. “I was very shy, and I didn’t feel like I belonged here. I would say, ‘Oh boy, how am I going to make it?’ Soon after, I realized, ‘Okay, I need to speak English. I need to learn and understand these people if I want to succeed and make it.’ So, then I graduated high school, but it was very difficult.”

During her senior year of high school, Zuiderveen discovered her passion for cutting hair and dual enrolled in beauty school at Careerline Tech Center in Ottawa County to earn a cosmetology license. She said a classmate’s mother, Sheila Davis, helped her carry the burden by letting her move in with her while she finished cosmetology classes, as things were not going well with her adoptive family at the time.

“Sheila’s family became more of a family to me than my adoptive family,” Zuiderveen said. “She provided a lot of love and comfort and that mother nourishment, so she is like a mother to me.”

Zuiderveen also praised her mentor and former teacher of 11 years ago, Linda Koster, for helping her in her cosmetology school journey, along with many others.

“I was always ashamed about asking for help, but at the same time, I had to understand it to pass it. I didn’t want to be stuck, you know?” Zuiderveen said.

“(Linda) was the first one I called to tell that I passed my cosmetology test. That was a big deal, because I wasn’t very good at the bookwork; I was very good at the hands-on cutting hair. So it was really exciting to share that moment with Linda, and since then, Linda and I have been like best friends. We talk weekly, she is very encouraging, and ever since, we’ve been really close, because she knew, and I also knew, that I wanted to do something bigger and accomplish a goal. She saw that in me, and she’s the one who helped me through all those studies.”

In cosmetology school, Zuiderveen’s favorite chapter was on men’s haircuts and beard trims rather than the chapters on “girly” updos and braids, which she reflected is probably due in part to the fact that she grew up with five brothers and has tended to feel more comfortable with “guy friends” throughout her life than with women.

With that in mind, after school, she spent about six years working for the Jude’s Barbershop chain to gain experience. Early on, she knew she wanted to eventually leave the quick-cut business — which she said focuses on quantity over quality — for a more relationship-oriented approach. She cut hair in a couple of locally owned places before deciding to take the leap and go into business for herself.

She decided the “up-and-coming” West Side/Bridge Street corridor was a great location to put down her own roots, with the new Bridge Street Market and a ton of other business activity happening in the neighborhood.

Zuiderveen started going to a bourbon and cigars networking event after work on Tuesdays at the former Grand River Cigar Lounge on Fulton Street downtown — where she was the only woman in attendance — and she made friends there whom she told about her goal to open a salon. The contacts she made there, as well as the loyal clientele she had been building over the years and the business leaders and entrepreneurs she had been learning from at about 10 other networking events across the city, gave her the confidence to secure her current location.

Thus, 1890 Men’s Grooming Parlor was born, named after the former meat market that was in the building that smoked and sold meats starting in 1890. Zuiderveen said, to her surprise, she discovered a couple of her clients have fond memories of their childhood days when it was a meat market — one older man whose dad was a butcher and brought him along on deliveries, and a younger client whose father used to own the meat market many decades ago.

When Zuiderveen came on the scene, the building had been vacant for a couple of years and had to be brought up to code for a salon, including raising and leveling the floors and installing all new electrical. She said her vision came to fruition after a lot of hard work.

The place is hardly recognizable now, she said, going from old school to “upscale and beautiful,” as one of her clients recently put it.

The spa side of the business — situated in the fully remodeled former meat smoker room in the rear of the building — offers back waxing; shampoos with a head massage and hot towel; facials; manicures and pedicures; and scalp, shoulder and body massages.

Customers also can get their shoes shined at the salon.

Zuiderveen said she still pinches herself over being able to run her own business.

For the first five months, she was the only stylist and worked all day every day, but now, she has four other stylists who work on a competitive commission, with room for a couple more.

Although COVID-19 kept her salon shut down for three months, and she had many anxious days during that time, Zuiderveen was able to reopen and continue doing what she loves best: creating an atmosphere where clients feel comfortable and known.

“When the customers walk in, you can just feel that they have to deal with the world’s problems, and the kids, and the wife, and just drama,” she said. “… Seeing them walk in, you can just feel their energy is just that ‘blah’ feeling, and then literally, you can see it as soon as they put the cape on … they unwind and just relax and smile and have a fun conversation with their stylists.

“We have these amazing shampoos that we do for each customer and style their hair, and we make them look really good before they leave. And when they’re paying and leaving, you can just feel it: Their shoulders are lifted, they’re confident, and now they can leave, and they can handle the world.

“That is so rewarding to my heart, when they leave, and they feel just like kings.”

Having heard from many customers that there aren’t enough salons in town that only cater to men — where they can get their manicures and pedicures and facials done without the opposite sex judging, and where they can feel completely comfortable — Zuiderveen said she hopes to open at least one more location eventually.

“It is not something that I have written, that ‘I have to do this’ — this is enough for me right now. I’m really happy with what I have going on. It’s beautiful.” 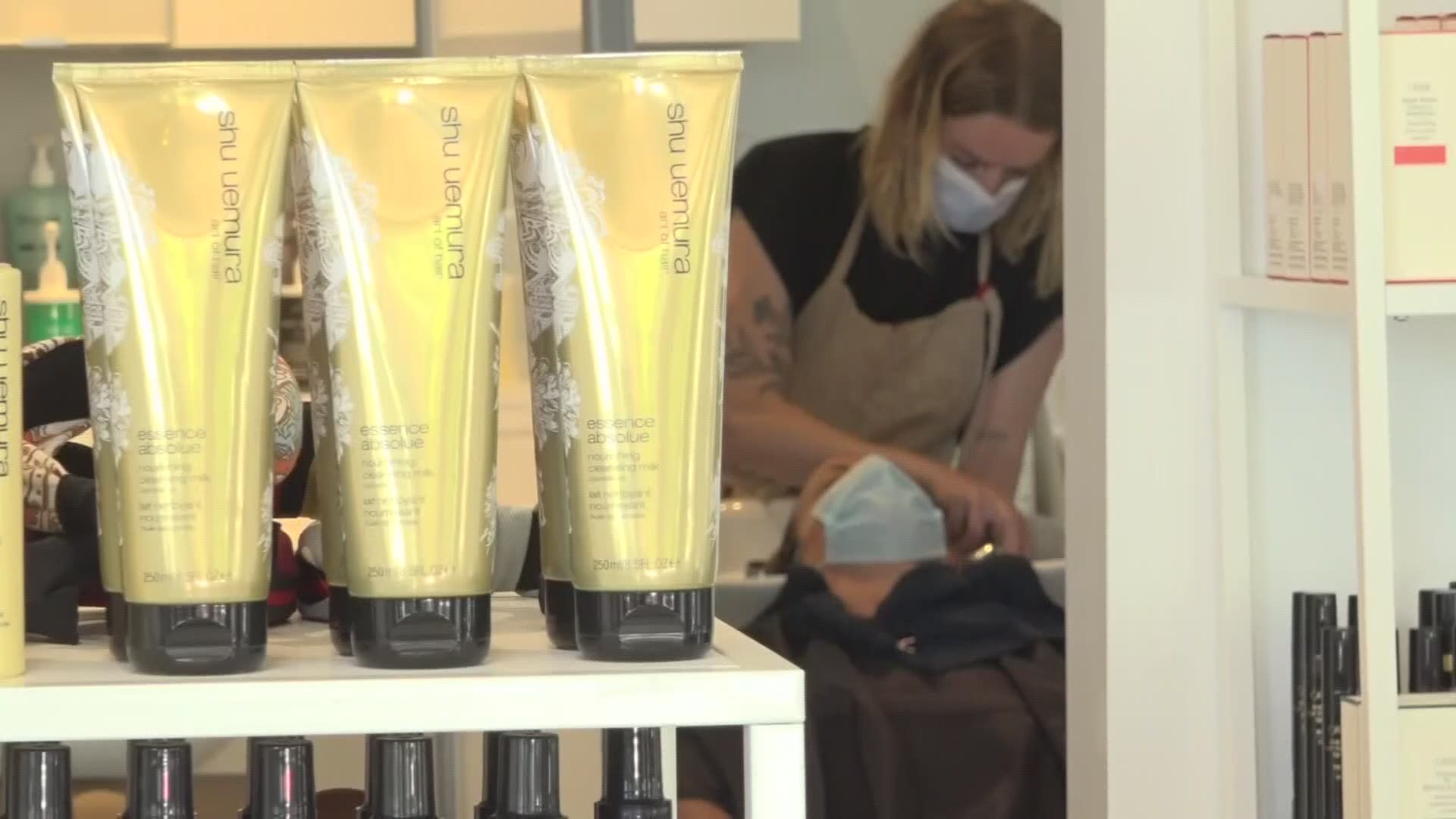