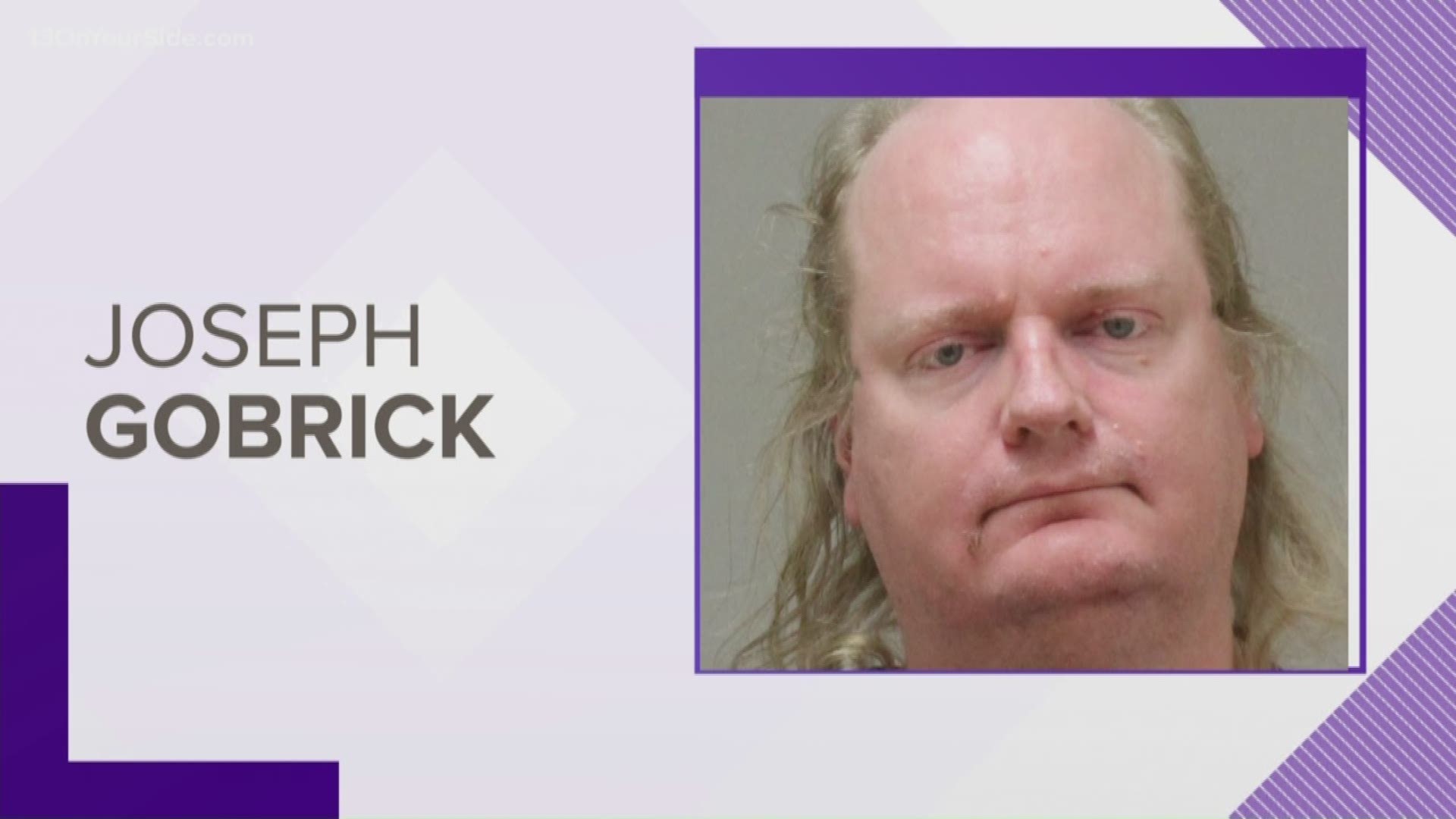 GRAND RAPIDS, Mich. — He tried to convince a Kent County judge that images of kids being raped wasn’t child pornography because they were computer-animated and protected by the First Amendment.

And now, 44-year-old Joseph Ryan Gobrick is facing decades in prison for child sexually abusive activity and using a computer to commit a crime.

Gobrick, a convicted sex offender, was arrested last year after a 17-year-old Ohio girl listed as endangered/missing was found at his Grand Rapids home.

Investigators say eight child victims were identified in the pornography recovered from Gobrick’s computer. He was living at a home on Pine Avenue near Fourth Street NW at the time.

The Grand Rapids man argued he did nothing illegal.

In a letter to Judge Paul Denenfeld, who presided over the one-day trial, Gobrick asserted that he did not download “real child pornography’’ from the internet.

“I did not have sex with children to create child pornography,’’ he wrote. “We made those ourselves using GIMP, the GNU image manipulating program.’’
GIMP, or General Image Manipulation Program, is a free image editing program.

Gobrick was charged with four offenses, including three counts of child sexually abusive activity, a 20-year felony. He was booked into the Kent County Jail in June of 2018.

The case was put on hold while Gobrick underwent a forensic exam to determine if he was competent to stand trial and could assist in his own defense.

He was eventually found competent, setting the stage for trial.
Gobrick this week fired his court-appointed attorney, opting instead to represent himself. He was found guilty on Tuesday, Nov. 5.

He returns to court for sentencing on Dec. 18. Gobrick is being held without bond in the Kent County Jail. His priors include a 2001 sexual abuse conviction out of New York.