She was killed in a drive-by on her way to get ice cream. Now 11 people are indicted in connection with 10-year-old Makiyah Wilson's murder

Makiyah, just a fifth-grader, died in the shooting at Clay Terrace in Northeast DC on July 16, 2018. 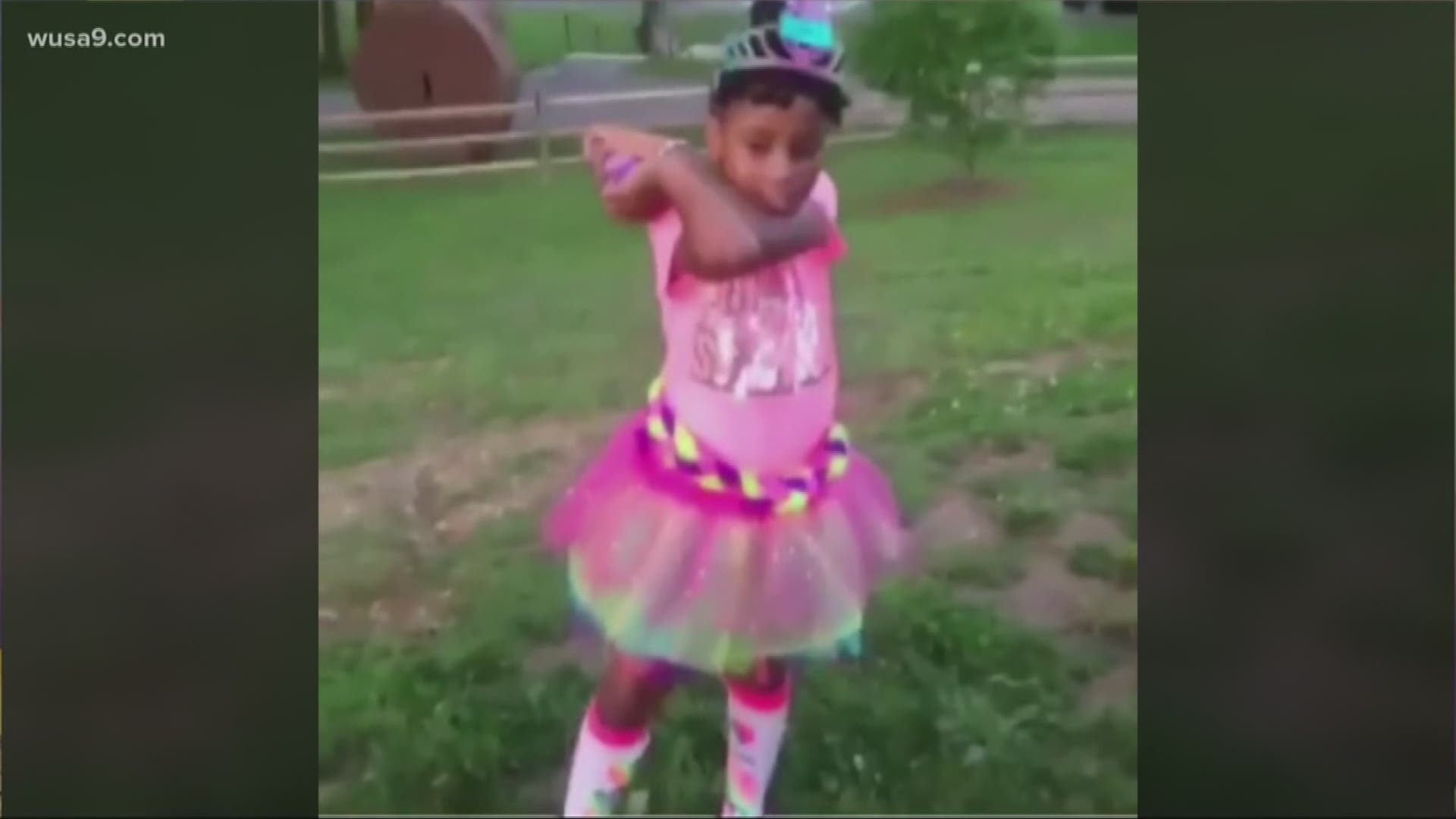 WASHINGTON -- Makiyah Wilson was on her way to an ice cream truck when she was caught in the crossfire as a group of masked men hopped out of a car at her apartment complex and opened fire on a crowd of people.

Makiyah, just a fifth-grader, died in the shooting at Clay Terrace in Northeast D.C. on July 16, 2018.

Seven people had already been charged in the 10-year-old’s death, but the new indictment listed four additional suspected conspirators.

The indictment also identified the four men suspected of being the masked gunmen for the first time: Isaiah and Antonio Murchison, Gregory Taylor and Qujuan Thomas.

All of the suspects are believed to be part of a gang known as "DF," and "Glizzy Gang (GG)." The indictment referred to the organization as "Wellington Park."

According to the indictment, the gang texted and Instagram direct messaged about the locations of weapons, cash and a getaway car and driver.

A tentative trial date for August 10, 2020 was set when the initial seven defendants appeared together in court. It's not immediately clear if that date is still on the docket with the new indictment.

Wilson’s family is suing the District of Columbia Housing Authority as well, accusing the office of failing to provide security gates, guards, or even functioning security cameras -- all of which they say might have prevented the shooting.

That lawsuit, filed in April, is for $30 million.

Makiyah’s mother, Donnetta Wilson, has previously told WUSA9 she was happy with the progress the Metropolitan Police Department has made handling the case.