Should this flag fly? Homeowners have no plan to take down flag swearing about President Biden

The homeowners say it's their right to express their beliefs. 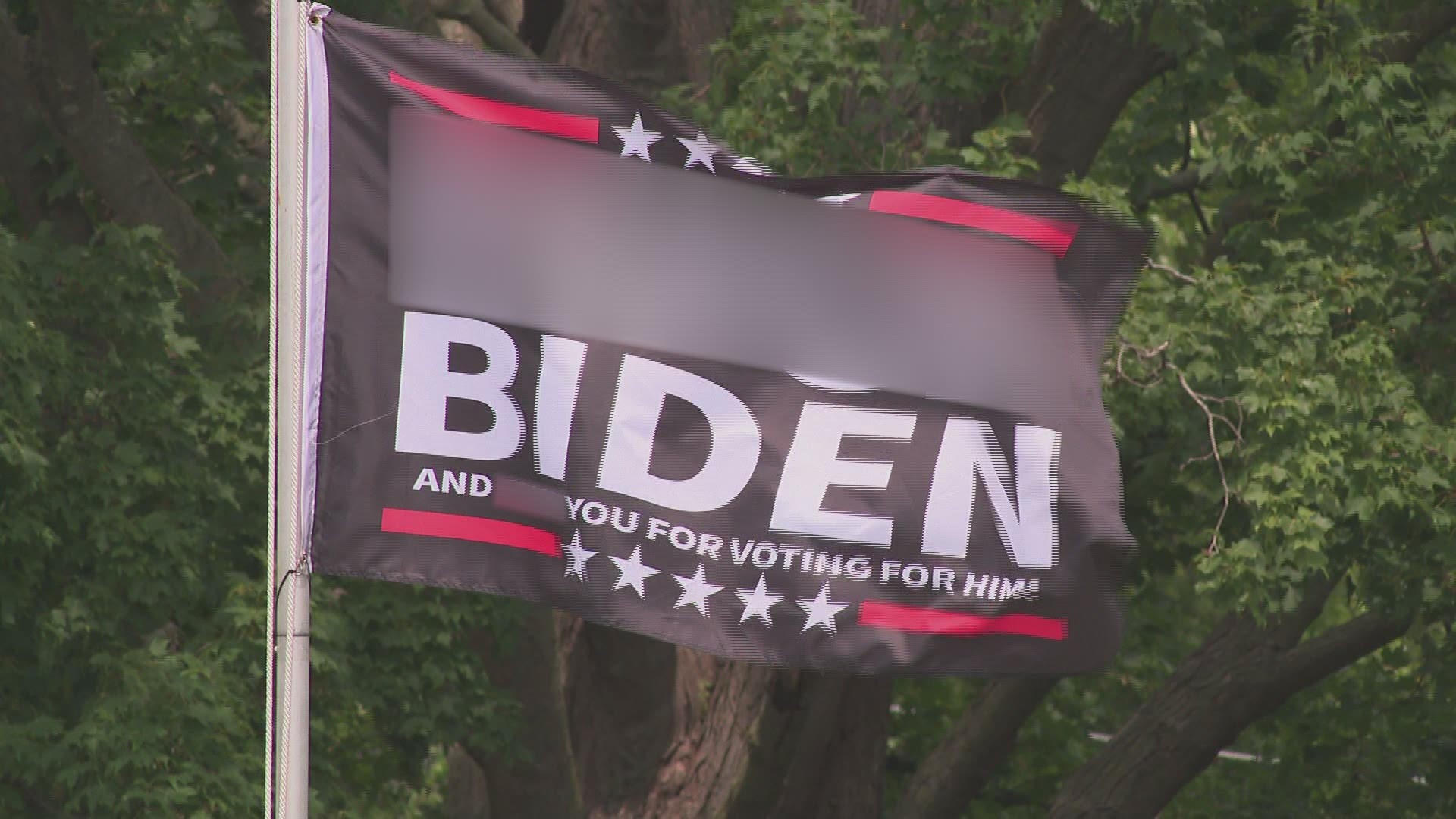 KENT COUNTY, Mich. — Driving down the roads of Algoma Township you'll see many signs expressing political beliefs, some more colorful than others. But a flag that went up last week was raising a few more eyebrows than usual.

"F--- Biden" in big bold letters flaps in the wind. "And f--- you for voting for him" fills in the lower part of the flag. It sits in the yard of Jamie and Jason Taylor.

The Taylors have no issue expressing their beliefs. The couple makes their own shirts with political commentary. They did not make the flags themselves, but they say until this morning, nobody raised any issues.

"Actually it's quite the opposite," says Jamie. "People love the flag, and agree with it...We'll have people that honk as they go by, or they yell out the window if they see us in the yard."

13 ON YOUR SIDE heard about the flag from viewers, and other people have reached out to the township supervisor to express concern over the language used.

Kevin Green, the township supervisor of Algoma Township, says the messages he's gotten have been split. Some people say they enjoy the flag, others say it shouldn't express vulgarity so close to a church.

Green visited the Taylor home Wednesday morning to share those concerns with the flag fliers, and in the morning, he says the conversation was constructive.

"They seemed really open to trying to make sure they express themselves," Green says, "but in the best way possible."

Green walked away from that encounter believing that Jason and Jamie would alter the language on the flag. After a few more hours to think, the Taylors decided to stick with the flag, which sits on their own property.

"I did for a second think about maybe we should take it down on Sunday, because we do have a church nearby our house," Jamie said. "But then I was like, freedom isn't five days a week or six days a week. You either have freedom or you don't."

Jamie says she understands why people are concerned, but disagrees that the flag is any more of an issue than the content kids are seeing on their screens daily. To them, their flag is not detrimental, but a way to start a conversation.

"This gets one person's attention and they stop by to ask a question or they look something up for themselves," Jamie says. If that happens, they say they've done well by putting up the flag.

When asked for comment, the church across the street said they support their neighbors' right to express their beliefs under the same first amendment. 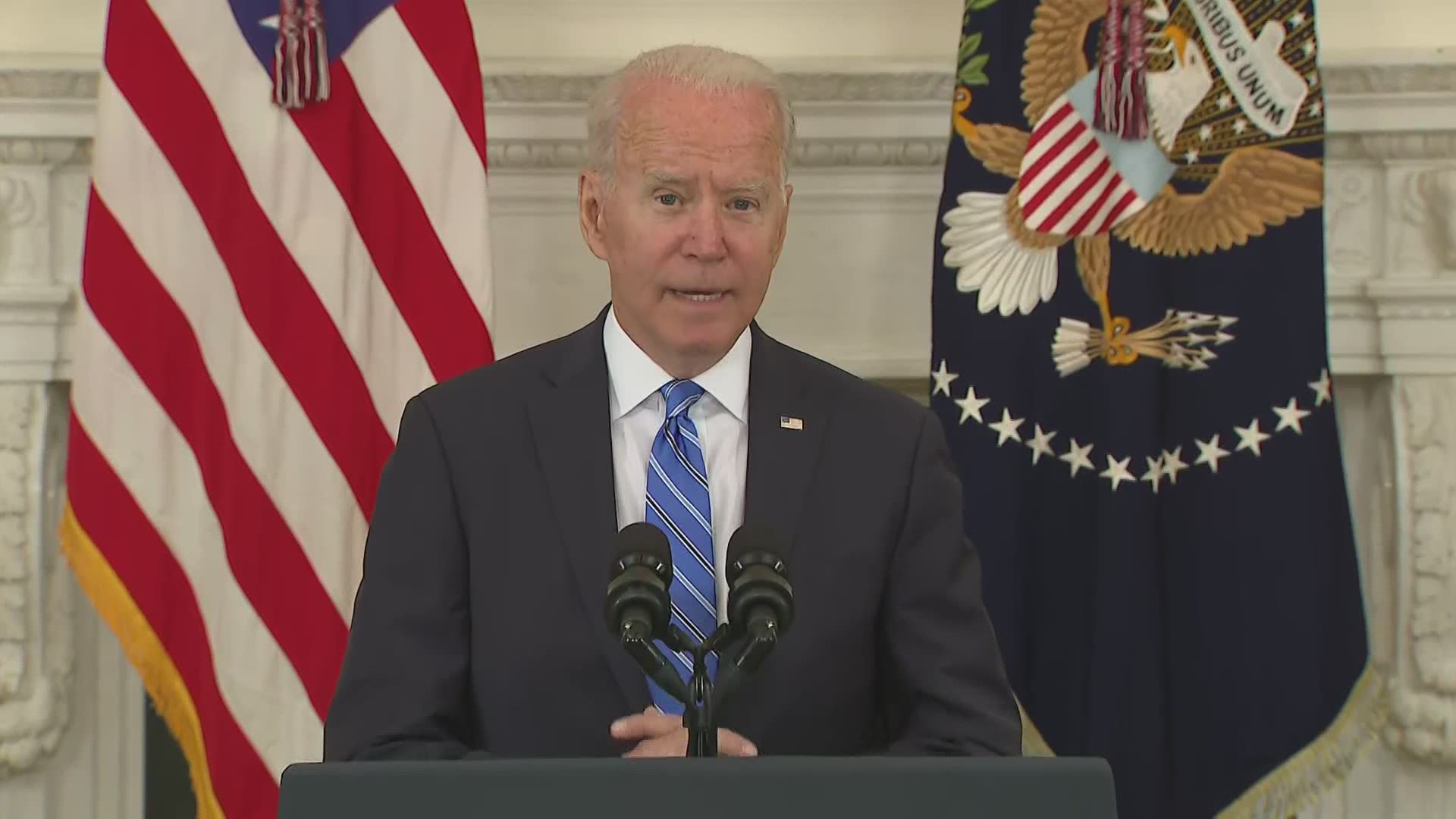