The plane took off from the Grand Haven Memorial Airport headed for Muskegon, but equipment problems forced the pilot to abort the flight. 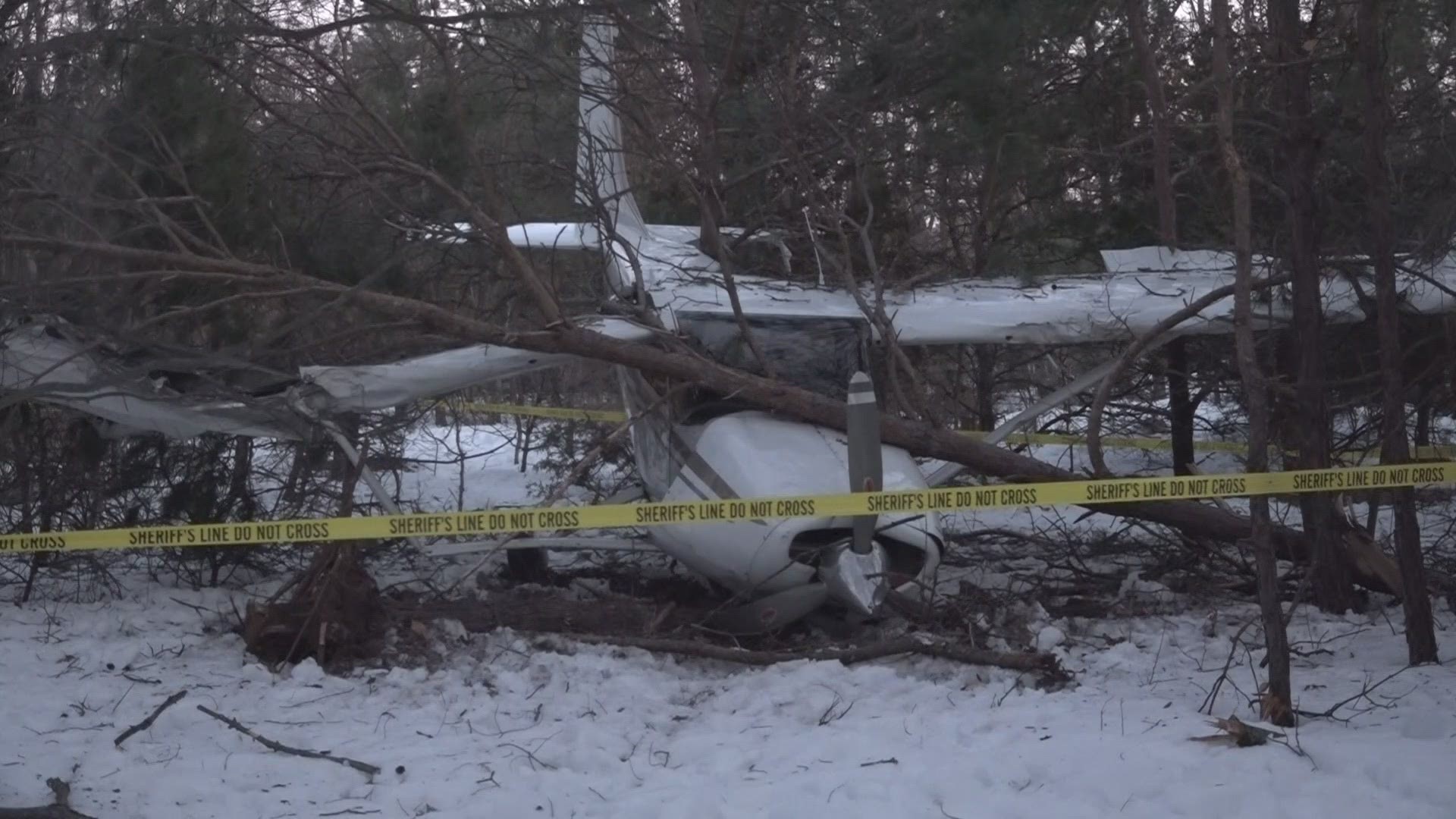 OTTAWA COUNTY, Mich. — A 52-year-old Marne man survived when his single-engine airplane crashed into a wooded lot off Ferris Street on Tuesday afternoon.

Emergency crews responded to the scene a short distance east of 160th Avenue shortly before 4 p.m.

According to Sgt. Dennis Luce of the Ottawa County Sheriff's Office, the plane took off from Grand Haven Memorial Airport with the pilot intending to fly to Muskegon.

Equipment problems forced the pilot to abort the flight. He was looking to land in a nearby field, but lost air speed too quickly and crashed into the woods about 50 yards off the bike path in the 16000 block of Ferris Street.

The male pilot was the only occupant of the plane. Police said that he suffered minor injuries and was able to walk away from the crash. He was checked over by North Ottawa Community Hospital paramedics at the scene, but was not transported. His name was not released.

A Hazmat team was called to the scene to deal with fuel leaking from the plane.

Grand Haven Township Fire Chief Brian Sipe said there was about 20 gallons of fuel in tanks over each wing and it appeared that just a few gallons had leaked. Material was spread around the area to sop up the spill.

A representative from the Federal Aviation Administration was on scene investigating the crash.

Grand Haven Tribune at the scene of the crash: