The lawsuit claims the Confederate obelisk was not a public nuisance. 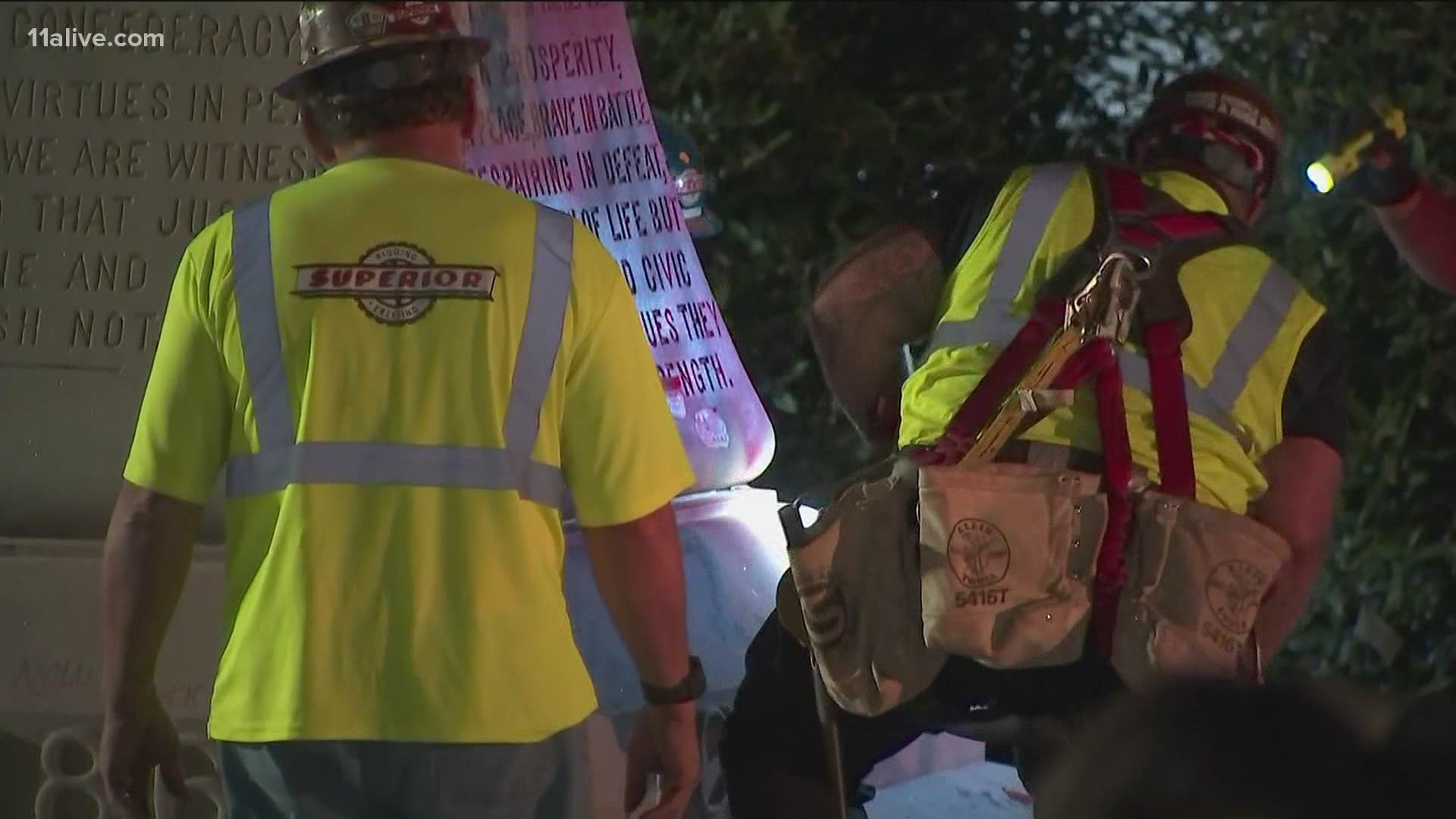 DECATUR, Ga. — A new lawsuit challenges DeKalb County to return the Confederate monument that stood in front of the Decatur Courthouse Square.

The controversial Confederate monument was removed on June 18, 2020, after a lawsuit was filed alleging that the century-old monument was a “nuisance" due to vandalism and requested its removal by June 26, 2020.

The lawsuit, filed against DeKalb County and City of Decatur on Wednesday by Sons of Confederate Veterans, states Judge Clarence Seeliger gave no one the opportunity to file for intervention or defend against the suit.

"DeKalb County did not file an answer and only two days later Judge Seeliger held a video conference between the parties and issued an order that very day," Sons of Confederate Veterans said in a press release.

Their lawsuit claims there were no findings that the Confederate Obelisk was a public nuisance.

"The world is full of controversy," said attorney Walker Chandler, who filed the lawsuit, in an interview with 11Alive News. "And if we were to say anything that causes controversy is a public nuisance, that’s an endless road to go down."

The suit says the monument's removal was contrary to Georgia Law §50-3-1 which protects Georgia’s historic monuments.

"The return of the Confederate Memorial Obelisk to its place of prominence and honor on the Decatur Courthouse Square will send a message around the state and nation vindicating our laws," the Sons of Confederate Veterans said in a statement.

Decatur city attorney Bryan Downs said in an email that the order removing the monument was consistent with state law, and was done in part to protect the monument itself.  Downs declined an interview request, citing pending litigation.

No hearing has been scheduled in the case, according to online court records.