"It's great elation that we accomplished the goal and especially successfully, really on the first attempt that we made at the landing." 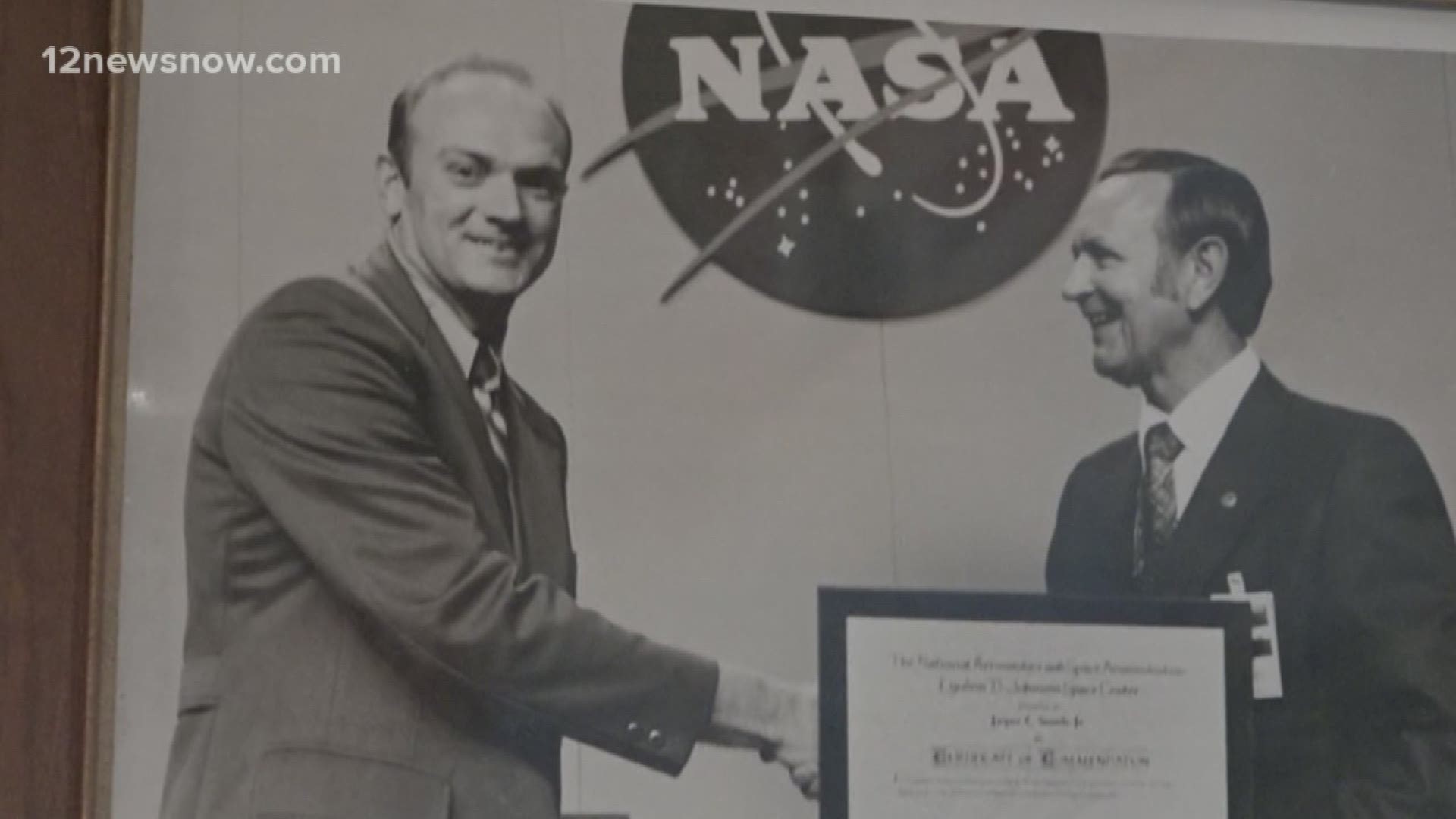 BUNA, Texas — This week a Buna man is recalling one of his proudest acomplishments as America remembers the Apollo 11 moon landing.

Thousands of NASA engineers like J.C. Smith Jr., 83, of Buna, who spent 30 years as an engineer at NASA starting in 1964, were part of the team that helped pull off the moon landing 50 years ago.

"It's great elation that we accomplished the goal and especially successfully, really on the first attempt that we made at the landing," Smith told 12News on Thursday.

This week as America celebrates the 50th anniversary of the mission, he said he's just grateful to have been a part of it.

"I'm not a hero or anything, the real heroes are the astronauts. They take all the risk. I'm just one of the many thousands of engineers that happen to be lucky enough to be involved in that program," he said.

Smith was born and raised in Buna, and regardless of where life has taken him, he said Southeast Texas has always felt like home. Throughout his home, he has several items commemorating his time with NASA.

Till this day, one of his proudest accomplishments was his part the Apollo 11 mission.

RELATED: 'In Event of Moon Disaster': Nixon’s speech if Apollo 11 astronauts did not return

RELATED: Apollo 11 moon landing remains one of the most watched TV moments

RELATED: The forgotten and loneliest hero behind Apollo 11's success

Smith worked on the Gemini program and Apollo program. He also graduated from Lamar University, where he studied mechanical engineering. During his time with NASA, he helped train several flight crews and worked on the docking system.

Smith retired in 1994 and has spent the past 20 years helping out at his church and reflecting on the memories that were created while at NASA. His only hope is that more people continue to pursue a career in engineering.

"There's a shortage of engineers in all areas. For some people to now be interested and going to college to getting their degree in engineering that's a very worthwhile effort," Smith said.