"These people who don't believe it's real or think it's a hoax, they haven't seen what I've seen. They haven't experienced the heartbreak and the loss." 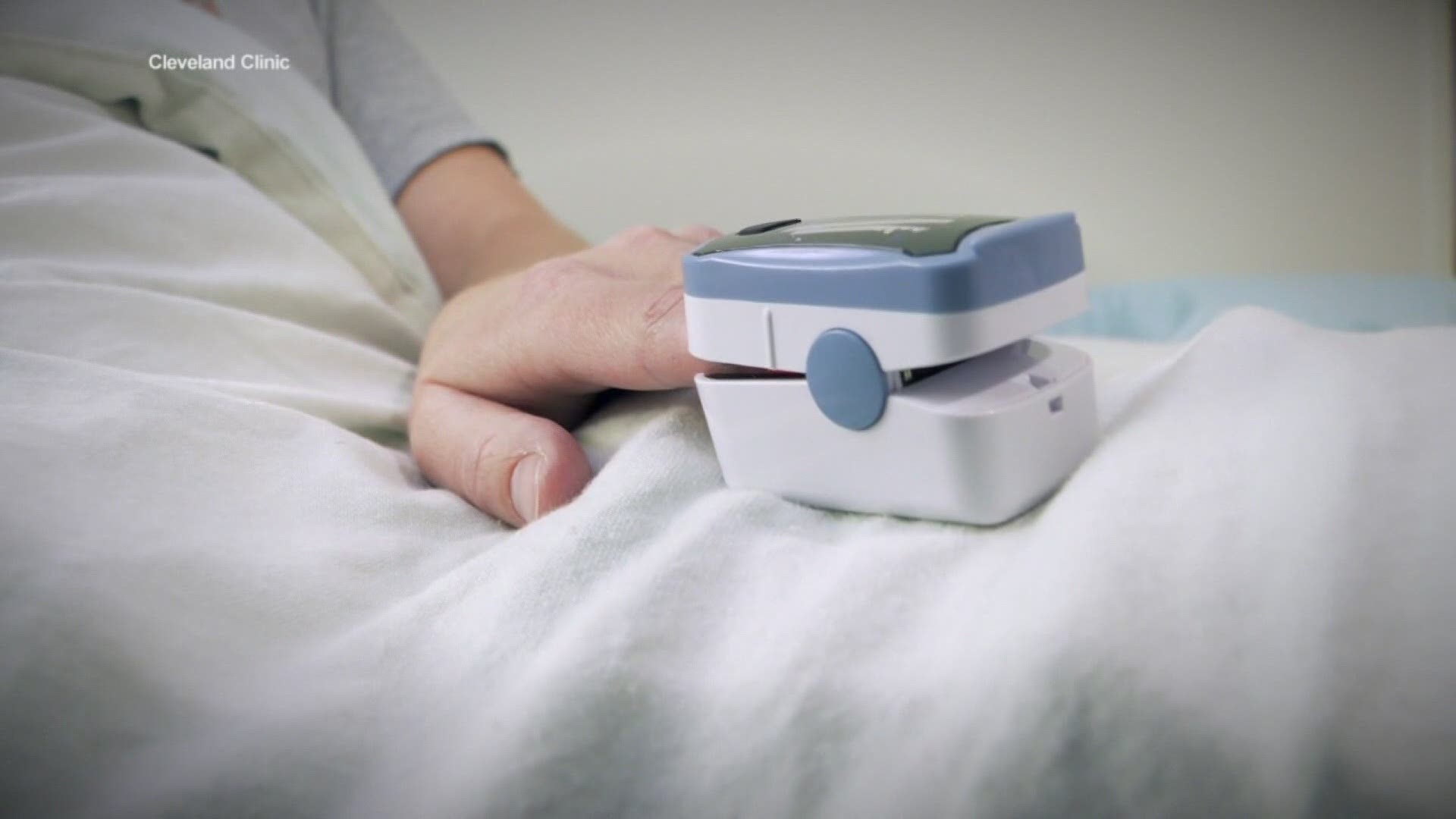 Two weeks ago, he noticed symptoms of COVID-19: cough, fatigue and a fever. He battled the fever for a couple days, and then his condition improved for a couple more.

Then, on day six, he felt that something was not normal.

"I walked to front door, and felt like I ran a marathon," said Burkard. +"I was panting, and called my program director and said something feels off."

He tested his oxygen, and it was low. The next day, it was even lower. He was then admitted to the hospital — the same one where he works.

"It was surreal," said Burkard. "We never expect as physicians to be on the other side. It feels really funny asking for help when you’re so used to being the caregiver."

Credit: David Burkard
Burkard took this photo in a mask as he was discharged from Spectrum Health.

Eventually, his condition improved and he went home from the hospital Sunday. During that time, Burkard tried to remain positive, but he had "some scary thoughts" while lying in bed. He called the experience isolating, only seeing his nurses for days.

Burkard now knows what it feels like to be a COVID-19 patient, after treating patients with the virus since March. He called his co-workers heroes, who care for patients all day and put their lives on the line.

"We’ve seen so much heartbreak throughout his pandemic," said Burkard. "People are making their last phone calls to their loved ones to say goodbye before we put a breathing tube in, or Facetiming their family to say, 'I don’t know if I’ll come off this.' That has been such a heartbreaking thing for us as providers to watch happen."

This week, Burkard posted on his Facebook page about his story, asking people to take the virus seriously. The post has now been shared more than 5.7 thousand times.

One thing Burkard made clear is that it is not just older, immunocompromised individuals who are experiencing extreme reactions to COVID-19.

"It’s not just how it affects me, but anyone who I spread it too," said Burkard. "It’s about the people who are vulnerable, and it turns out even the people who work out five times a week and are young and healthy are at risk too."

Spectrum Health reported 328 patients in their care with COVID-19 Tuesday. Burkard said that is the largest rise in cases they have seen yet. He urged mask wearing, even though people are fatigued. Also, he suggested not gathering with family this Thanksgiving.

RELATED: US coronavirus hospitalizations hit new record, up 23% in one week

"I love Thanksgiving. I’m so close with my family, and its heartbreaking imagining not spending Thanksgiving with them," said Burkard, "My mom has MS, and is immunocompromised, and it’s just not smart to go home. So we’ll do something over Zoom. I’d rather do that than risk not having Thanksgiving next year. I know that sounds so dark and morbid, but it’s just the reality of the situation we’re in right now."

Burkard also hopes the West Michigan community knows how hard Spectrum Health nurses, doctors and staff work for their patients during this difficult time. He said while he was alone in the hospital room, they made him feel less lonely.

"Every shift that I go on, I go on with a smile," said Burkard, "because I love the people that I work with. And we are so lucky as a community to have that here and to have an emergency room in a hospital system that truly values people."