Despite citations, no wake violations still common in Spring Lake 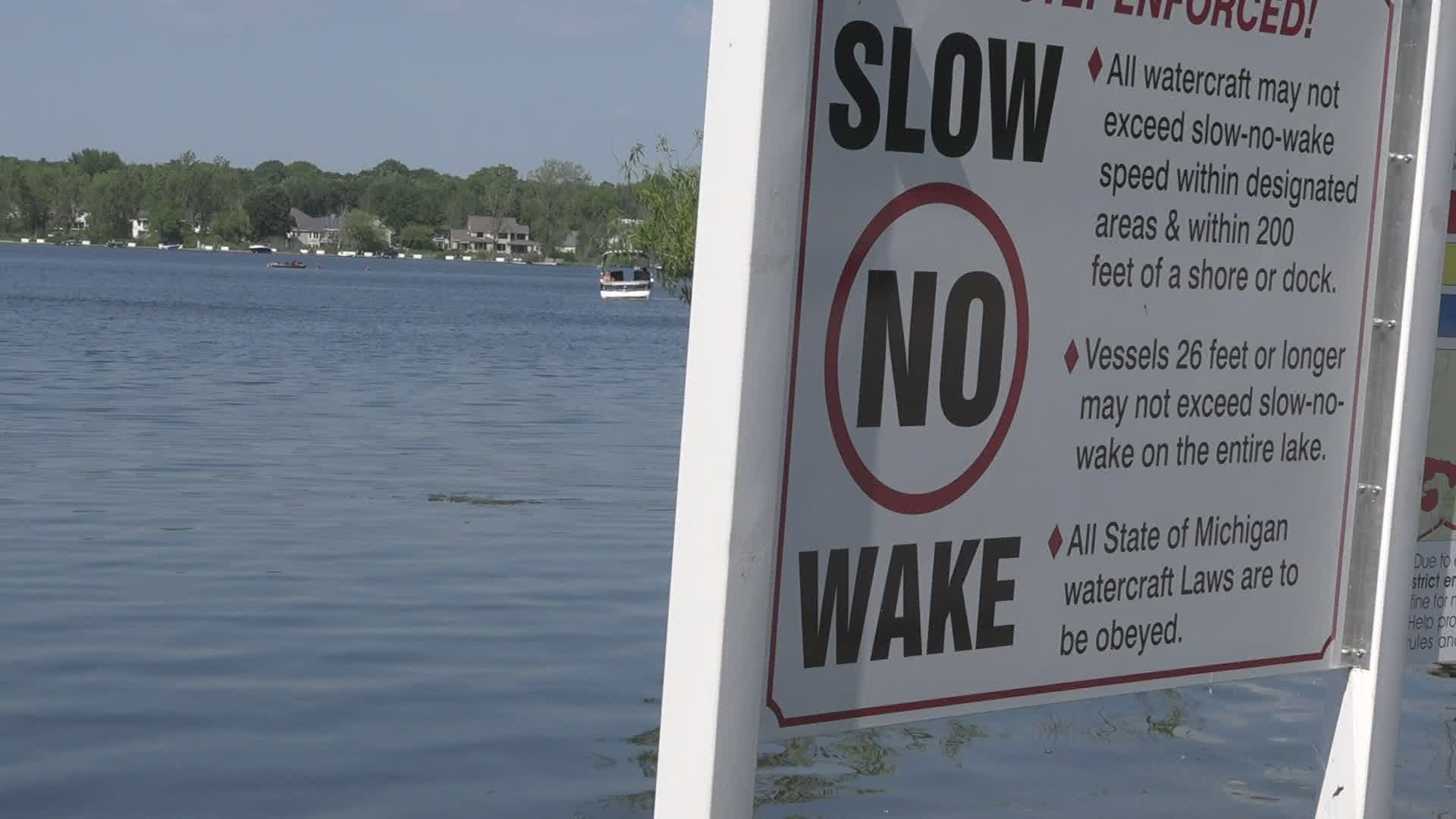 SPRING LAKE, Mich — Jim Schaap has lived on Pettys Bayou for 17 years. Six years ago he says a sandy beach reached out to the end of his dock. Now, the water is in his yard.

"This is the highest water we’ve ever had," he said.

Along Spring Lake, Ernie Petrus is having similar problems. We last spoke with him around Memorial Day and since then his dock has gone under water.

"I’m losing my yard basically. The grass used to be up to the wood over here and now it’s probably a foot and a half down," he said.

Both Schaap and Petrus notice the problem is getting worse because of high wakes. On Spring Lake, boaters are not allowed to create a wake within 200 feet of the shore. The entirety of Pettys Bayou is a no wake zone. But in both cases, neighbors say people don't obey the rules.

"I’ve had a boat that came in here and knocked down 12 of our sand tubes and knocked down probably 15 to 18 of the neighbors cement blocks putting up two to three foot wakes. It’s not unusual," said Schaap, who expects to see about 15 to 20 people per day breaking no wake rules during the holiday weekend.

"So many people either don’t care or they’re just uneducated as to the no wake rules."

While 13 ON YOUR SIDE interviewed Schaap, two young men on a personal water craft sped by. Schaap and other neighbors yelled to let them know about the no wake zone. Some even used the siren on a bullhorn to get their attention.

"We have an army out here now trying to enforce it ourselves. Letting them know that you can see the damage that this has done to our properties," Schaap said.

Leaders from the Spring Lake area have been trying for awhile now to educate boaters about the rules of the lake and the bayou. But Village Manager Chris Burns says that time has passed and that starting this year most violators have been issued a ticket carrying a $125 fine.

"Ferrysburg and Spring Lake Village have each contributed an additional $5,000 per community to pay for overtime patrols with the Ottawa County Sheriff’s Office," she said.

Spring Lake Township has also paid for signs warning boaters. They've been placed in Spring Lake, Ferrysburg, and neighboring Fruitport in Muskegon County. Those signs have gone up since Memorial Day, but Burns says the village still hears excuses from boaters.

"You name it, we’ve heard it. Those excuses don’t carry any weight anymore. If you’re violating the law, you’re going to get a ticket."

In the meantime, people who live on the waterfront are doing what they can to protect their properties.

"We had to have our lift raised this year to keep our boat out of the water and keep it safe. I have water dams to prevent erosion throughout the whole yard. We’re having rocks brought in to build a higher wall," said Petrus, who also put his own buoys 200 feet out from shore. 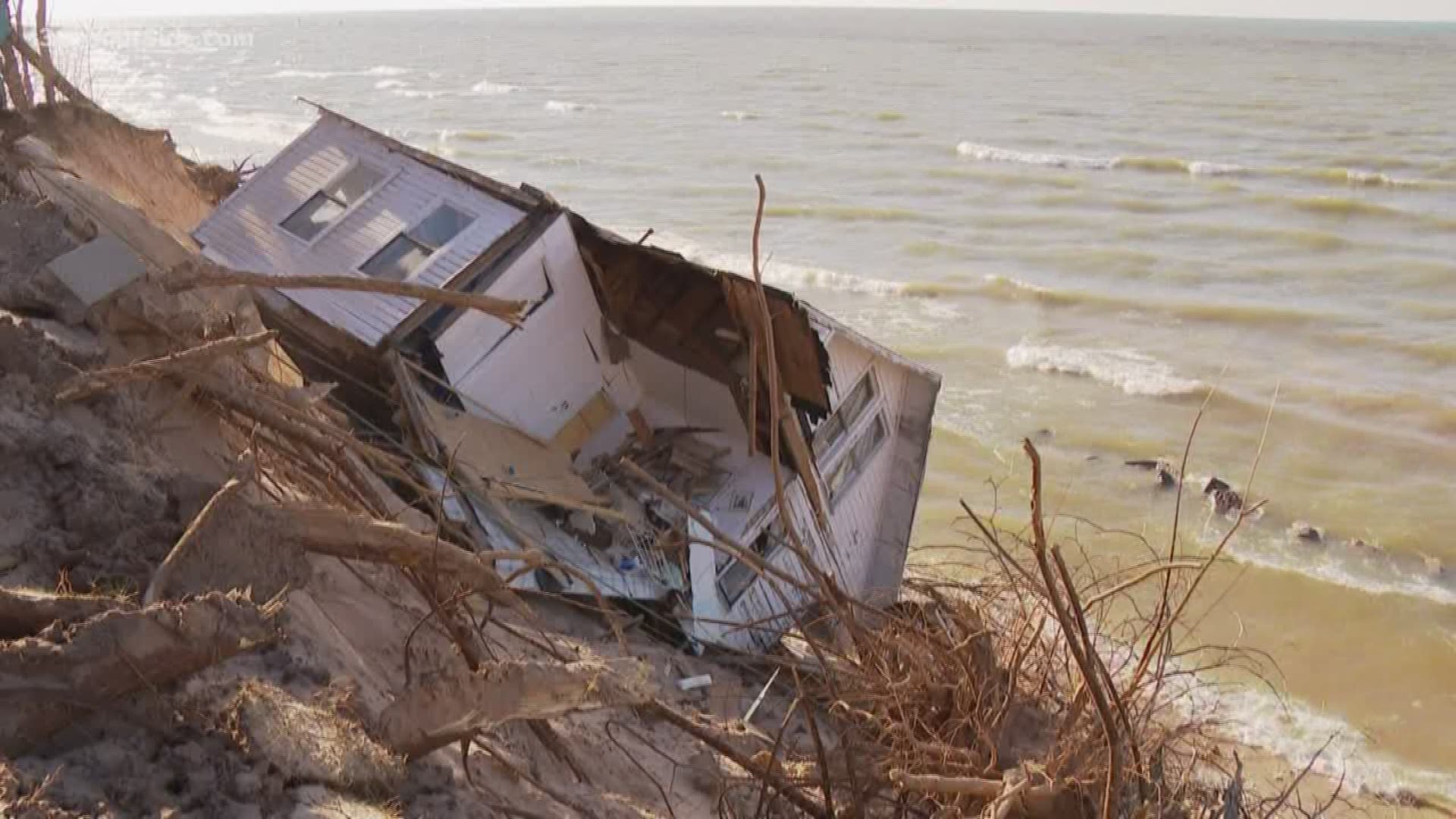