Teen dead for 45 minutes, alive today because of sister's CPR

"I just couldn't see him not making it through, not coming back fighting. Because he was fighting the entire time. And I just helped," Miliaris Santos said. 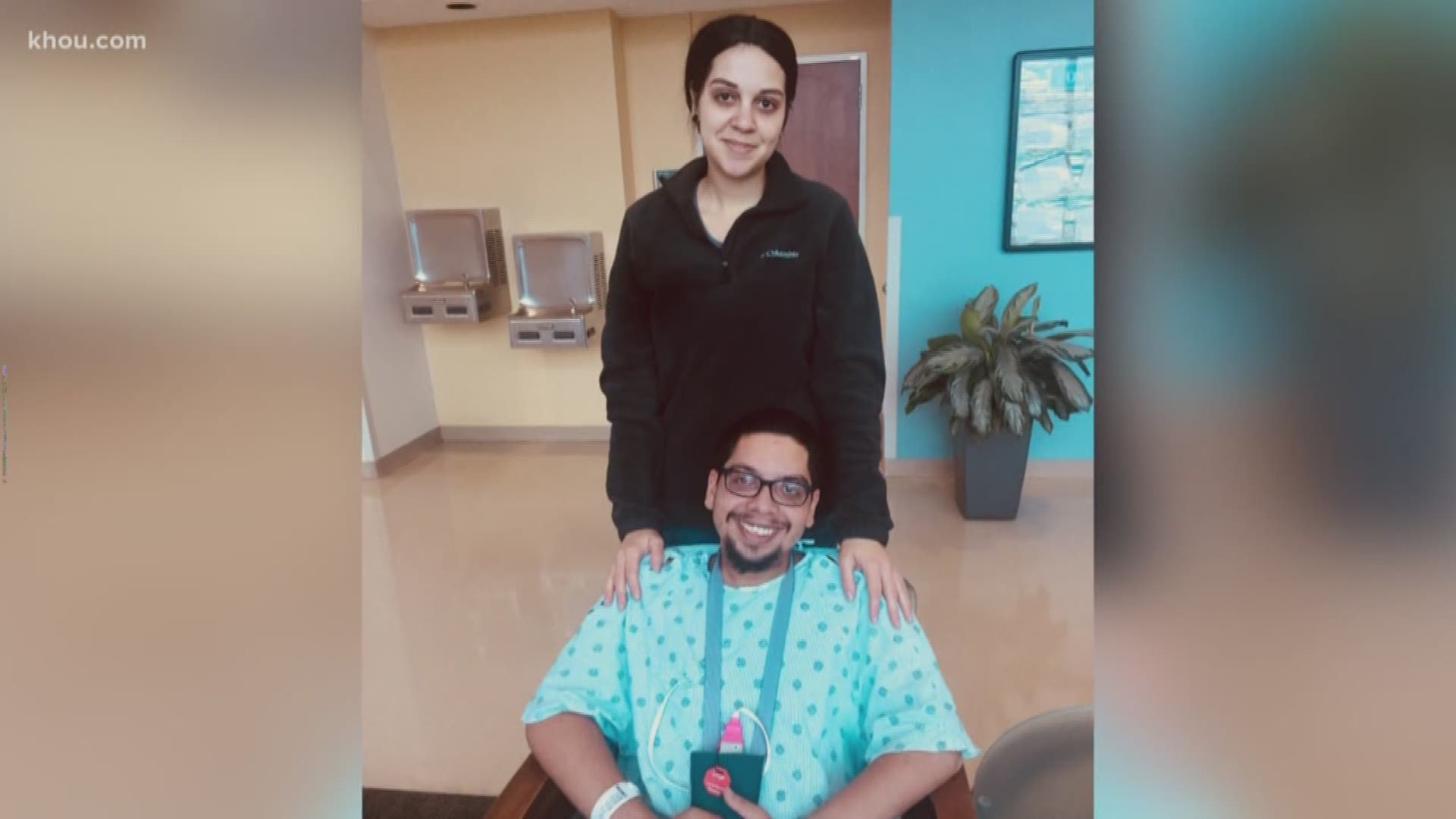 HOUSTON — He was her younger brother.

“That’s when Nathan collapsed, then he died in front of me," Miliaris Santos said.

The little buddy she was meant to protect.

“You know when you see somebody’s life flash right before your eyes," Miliaris said.

“You know when they’re just gone, the eyes," Miliaris said.

So how and why is he sitting here today?

It’s because of his sister.

“That’s when I started the compressions, going as deep as a could, with both of my hands on top of his chest," Miliaris said.

Only 19 years old, Nathan suffered cardiac arrest. At the 911 operators commands, his sister Miliaris started CPR, and for 10 minutes alone with her brother’s lifeless body, she became his heart.

“I just kept going, and I didn’t stop," Miliaris said.

It wasn’t like his heart had stopped for a few seconds or even a few minutes. Nathan was legally dead for 45 minutes, and even after paramedics arrived.

“They didn’t give up on him either, they kept trying and trying until they got a pulse," Miliaris said.

They got a pulse and got him to Memorial Hermann Southwest, where they discovered Nathan had a rare heart condition called Wolff-Parkinson-White Syndrome.

“Which is an electrical problem, resulting in rapid heart rhythm and rarely cardiac arrest," Dr. Sohail Jalal with Memorial Hermann Southwest said. “He totally recovered neurologically, did not suffer any damage.”

His heart’s been fixed. And today, it’s like it never happened.

“I don’t know. It's just a little weird that I don’t really believe it almost," Nathan said. “I don’t know. I thought it would feel different after you die."

All because she wouldn’t let him go.

“I just couldn’t see him not making it through, not coming back fighting. Because he was fighting the entire time. And I just helped," Miliaris said.

This 19-year-old was dead for 45 minutes. He's alive today because of her. His sister. Their miraculous story, tonight on #khou11 at 10:00. pic.twitter.com/FCIJMYsRLN