Geoffrey Craigie, 29, suffered a traumatic spine injury on New Year's Eve in 2017 that paralyzed him from the neck down. 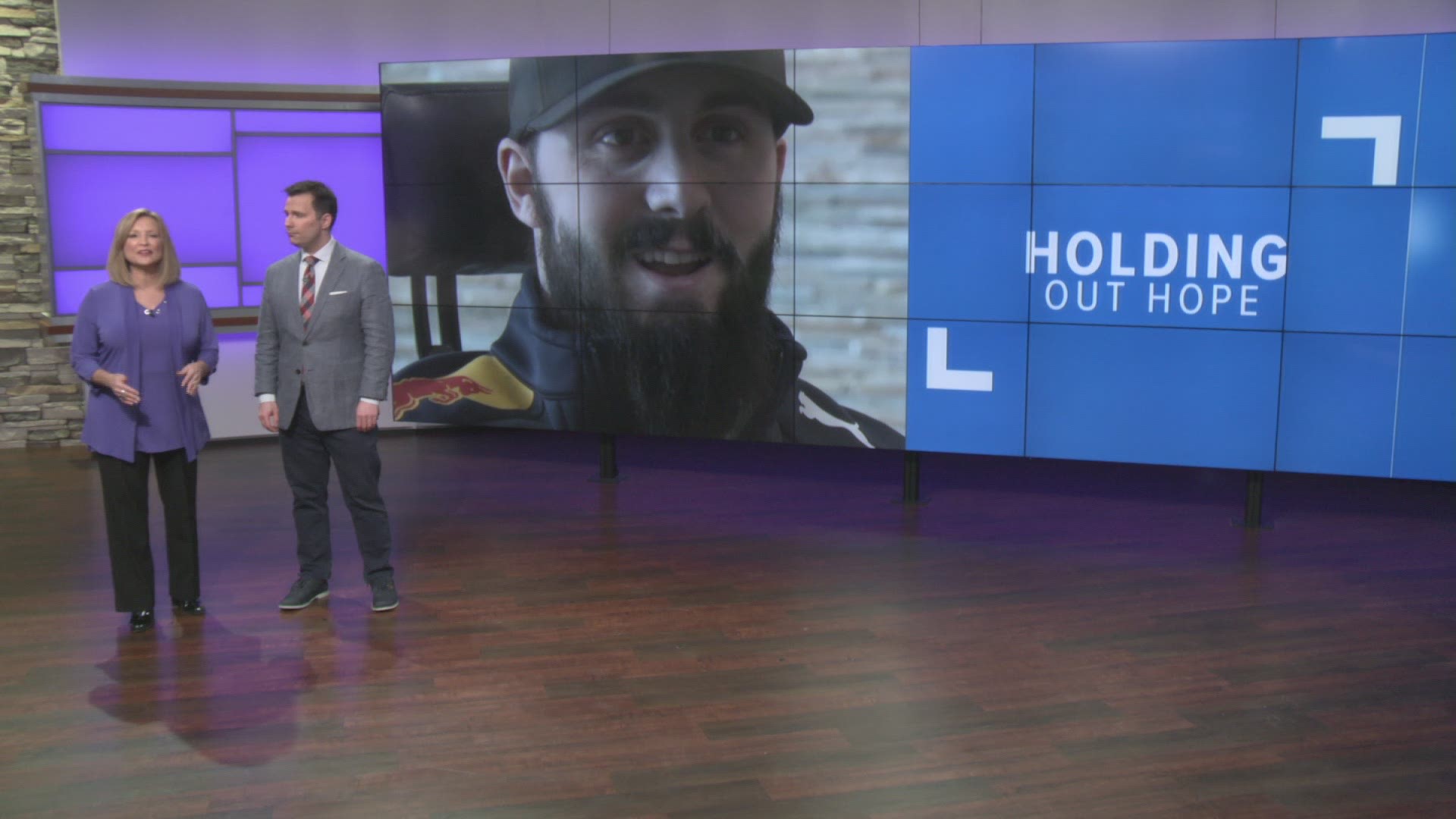 GRAND RAPIDS, Mich. — Nobody knows exactly what happened on New Year's Eve 2017 that caused a 29-year-old Muskegon man to lose all feeling in his body.

"Just jumped in and that was kind of it," said Geoffrey Craigie. He was celebrating the holiday up in Traverse City with friends and family when he dove into the pool.

Craigie said he blacked out briefly, but came to as his friend was pulling him out of the water. He surfaced without a scratch and doctors never found signs of head trauma, but he was paralyzed from the neck down.

"Not exactly sure what went wrong. Surgeons, doctors -- nobody could really figure that out," Craigie said Friday.

"Most of the first month I was actually in bed," Craigie said of his time at Mary Free Bed. Eventually, Craigie was able to begin physical therapy.

He remains in outpatient therapy at Mary Free Bed to work on things like opening a pop can and the refrigerator. For now, he relies on caregivers full time.

Last year, Craigie found out he had been selected to be one of 10 people nationwide to take part in the Mayo Clinic's first ever stem cell therapy for people with a traumatic spinal cord injury.

Craigie said they took cells from his abdomen in November and reduced them to stem cells. He received the injection just three weeks ago and said he can already feel a change.

"I can feel to like the middle of my chest," Craigie said. "So far so good, it's pretty exciting."

The hope is that the stem cells will create neurological pathways so the brain can communicate with the muscles again. The Mayo Clinic will continue monitoring Craigie's progression over the next four years.

"Honestly, any gain is a step in the right direction."

The Mayo Clinic covers all medical expenses, which Craigie says costs more than $1 million per patient on average.

"You know, when I got hurt I was in a pretty dark place, depressed, thinking this is the end of the world type of thing," Craigie said.

"It really isn't, there's a lot of support out there for people like me."