'They are not treated differently': West Michigan counties respond to ICE hold allegations

The counties are accused of potentially violating the fourth amendment. 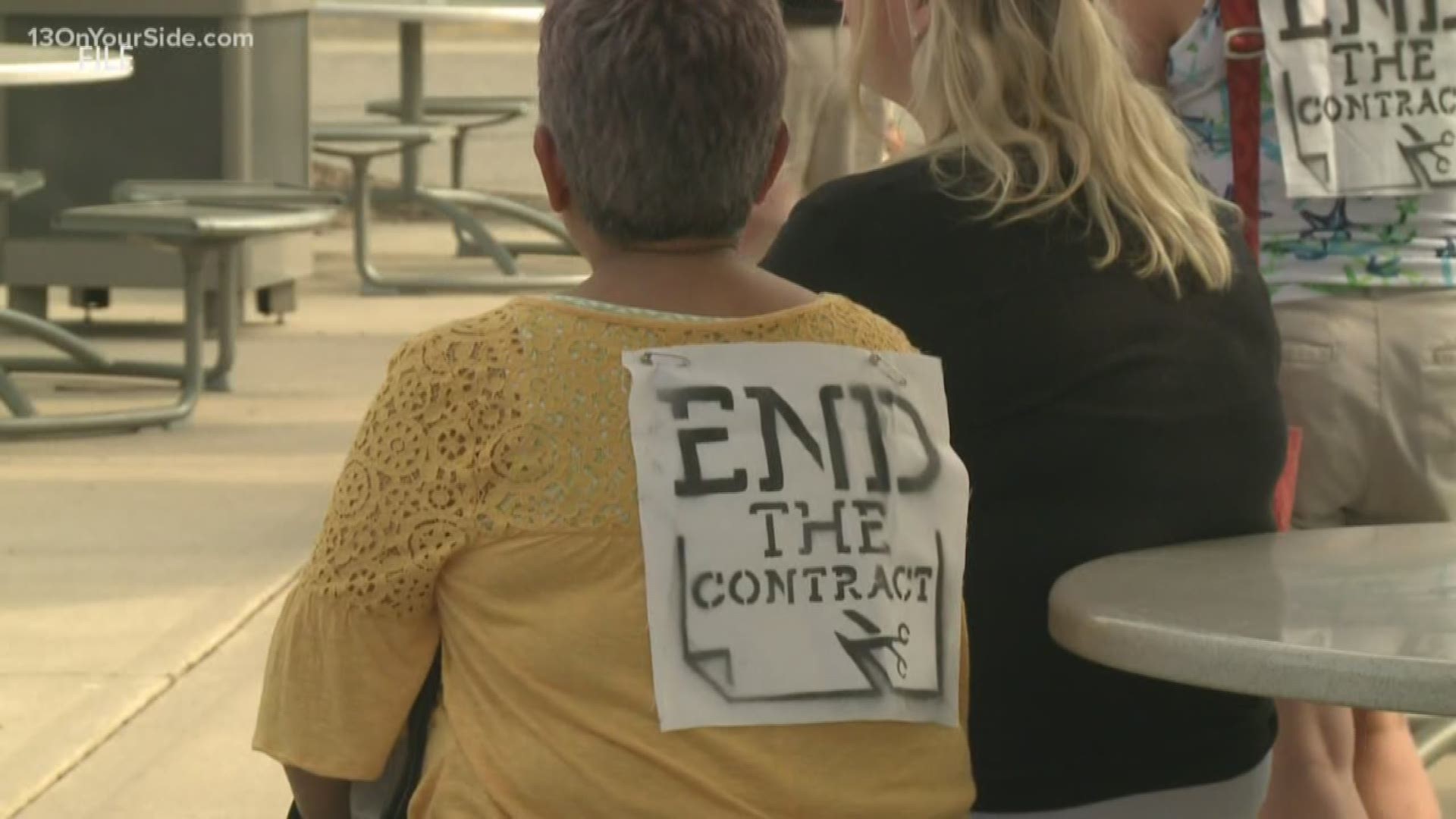 In joint letters from the American Civil Liberties Union of Michigan and the Michigan Immigrant Rights Center, 11 law enforcement agencies were urged to stop "detaining people in jails at the request of [ICE} without a court order."

The detentions, which are typically for an additional 48 hours, violate the fourth amendment right against unreasonable searches and seizures, said Ruby Robinson, a co-managing attorney at the Michigan Immigrant Rights Center.

"Courts have found across the country that detainer requests do not, on their own, establish sufficient probable cause to effect continued detention or custody," Robinson said.

Sheriffs in Ottawa, Allegan, Oceana and Muskegon counties received the letters. ICE arrested 258 people held by the four agencies between Oct. 2014 and May 2018, according to the immigration data collection organization TRAC Immigration.

The ACLU and MIRC's statement cited Kent County's decision last January to stop holding detainees for ICE without judicial warrants. ICE announced recently it will not renew its contract with the Kent County Sheriff's Office, which allows detainees to be held for up to 72 hours.

The agencies were asked for their "detainer policies and records beginning from Jan. 1, 2018." All four West Michigan agencies replied to the request, which Ottawa County described as "unnecessary harassment and frivolous."

Ottawa respects an ICE hold like it respects a hold from any other law enforcement agency in the United States, said Douglas Van Essen, the county's corporate counsel.

"We have never respected ICE detainers longer than 48 hours," Van Essen said. "We have released people that ICE would've liked us to have held, but at the 48-hour mark, if there's no judicial order...then our view of the Constitution requires us, even if it disappoints ICE, to release that person."

The Oceana County Sheriff's Office will also hold detainees for up to 48 hours at ICE's request if the proper forms are filled out, said Sheriff Craig Mast.

In an email, Muskegon County Sheriff Michael Poulin said the office has established guidelines on the proper treatment of undocumented immigrants that are jailed in the county.

"It is the policy of the Sheriff’s Office to not hold or detain any person solely on an Immigration Detainer," Poulin said. "Our staff will continue to notify ICE that a suspected illegal immigrant is in custody per department policy. Once a person has completed their custody time, or posted bond, the inmate is free to leave."

"If they fear they're going to be detained because of ICE, fewer people are going to report crimes that of which they are victims," he said.

Robinson said it's too early to tell if the ACLU and MIRC will take any legal action against the law enforcement agencies.

"Right now, we're trying to get more information and get a better picture of the policies across the state before we take any further steps," he said.