"It was a coincidence that it's a day before the huge storm."- Tressa Johnson 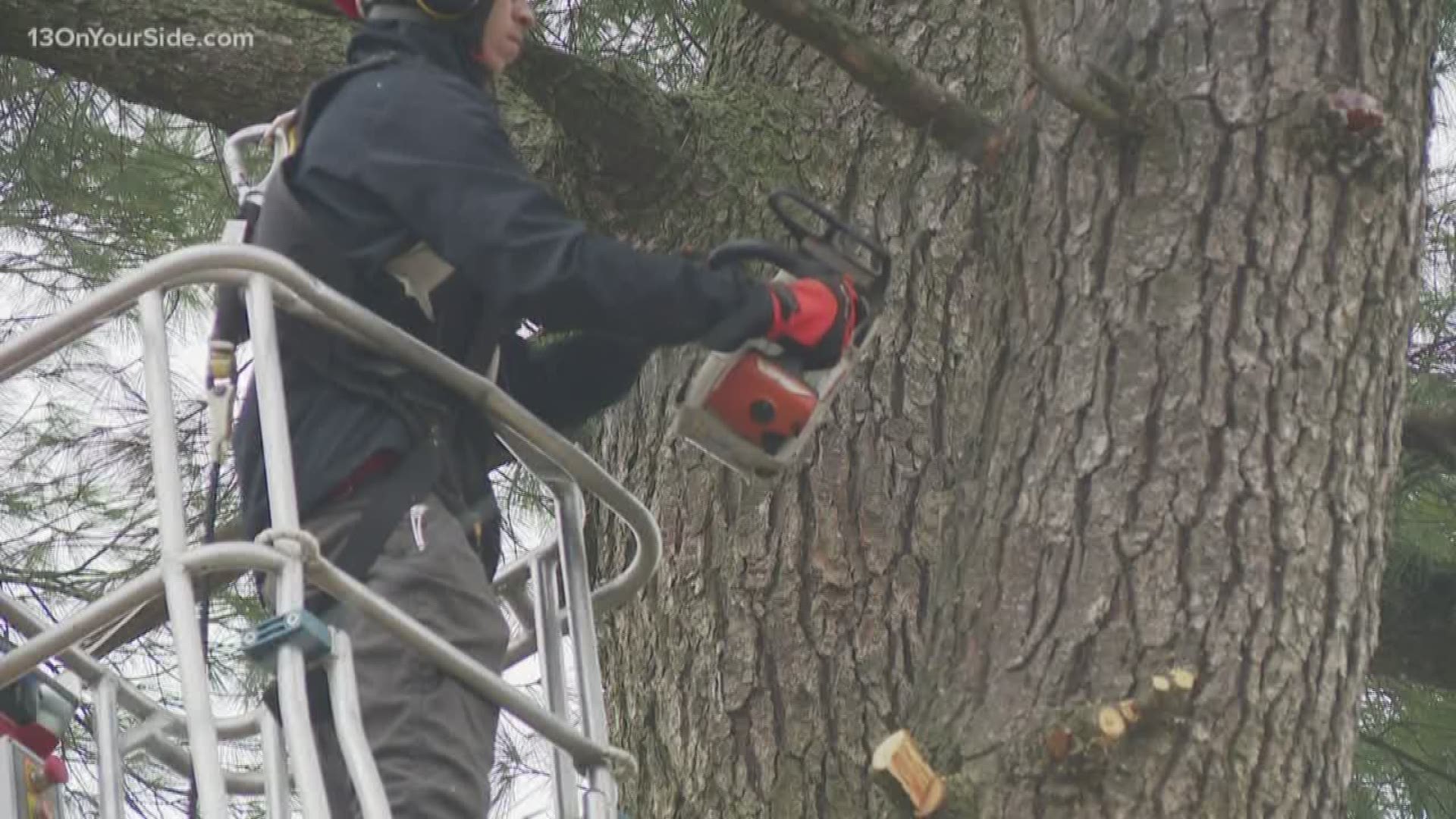 GRAND RAPIDS, Mich. — When there's freezing rain, there are many potential safety hazards, which include downed power lines and tree limbs.

Those hazards will no doubt be at the forefront of many people's minds this weekend as the first winter storm of 2020 moves into West Michigan.

A Grand Rapids woman, whose backyard is chock-full of power lines, made a decision three months ago that will likely keep her lights and heat on as this pending storm bares down.

"It's a great coincidence," said Tressa Johnson, who moved into a home on Dunham St. near downtown Grand Rapids in the spring of 2019. "The day before this huge storm hits ends up being the day I was able to get scheduled to have this tree removed."

Johnson says she didn't really think about the tree being a problem when she moved in, but as she got to know her neighbors she learned the tree has been an annual source of frustration.

Credit: WZZM
An arborist from Monster Tree Service hoists himself up high as he cuts down a giant White Pine tree in Tressa Johnson's backyard.

"The landlord next door told me about the problems in years past, usually in the winter time when a storm hits," said Johnson. "Branches come down and take out power lines.

"So I figured it's going to do damage and cost me money. Or cost me money and I'll take it down and it won't cause damage."

In October, Johnson says she got quotes from several tree removal services. In the end, she settled on Monster Tree Service. The date that was scheduled for the removal was Jan. 10, 2020.

Who knew then that date would be the day before a major winter storm was going to roll into the area.

"I feel like cutting down a tree is probably bad karma," said Johnson. "But, I would rather have bad karma than a destroyed home."

Andy Chulski, who was one of the "Monster Tree" arborists helping take down Johnson's tree, says others can learn from Johnson's luck.

"After this storm happens, it may not break a branch that could've been broken," said Chulski. "It wouldn't hurt to contact us and have the branch evaluated, then possibly trimmed or removed, so come the next storm there won't be as many worries."

Chulski adds that people shouldn't try and cut tree branches down themselves. He adds that it can be dangerous and should be done by a professional. If the downed branches have power lines in them, he says to stay away and contact Consumers Energy immediately.

"Consumers Energy will come out and de-energize the power lines," said Chulski. "Then you can schedule our crew to come out and remove all the debris."

As for Tressa Johnson, she knows she's extremely fortunate to have gotten her tree removed when she did, and if power lines could talk, the many she has snaking through her back yard would likely be telling her, "thank you!" 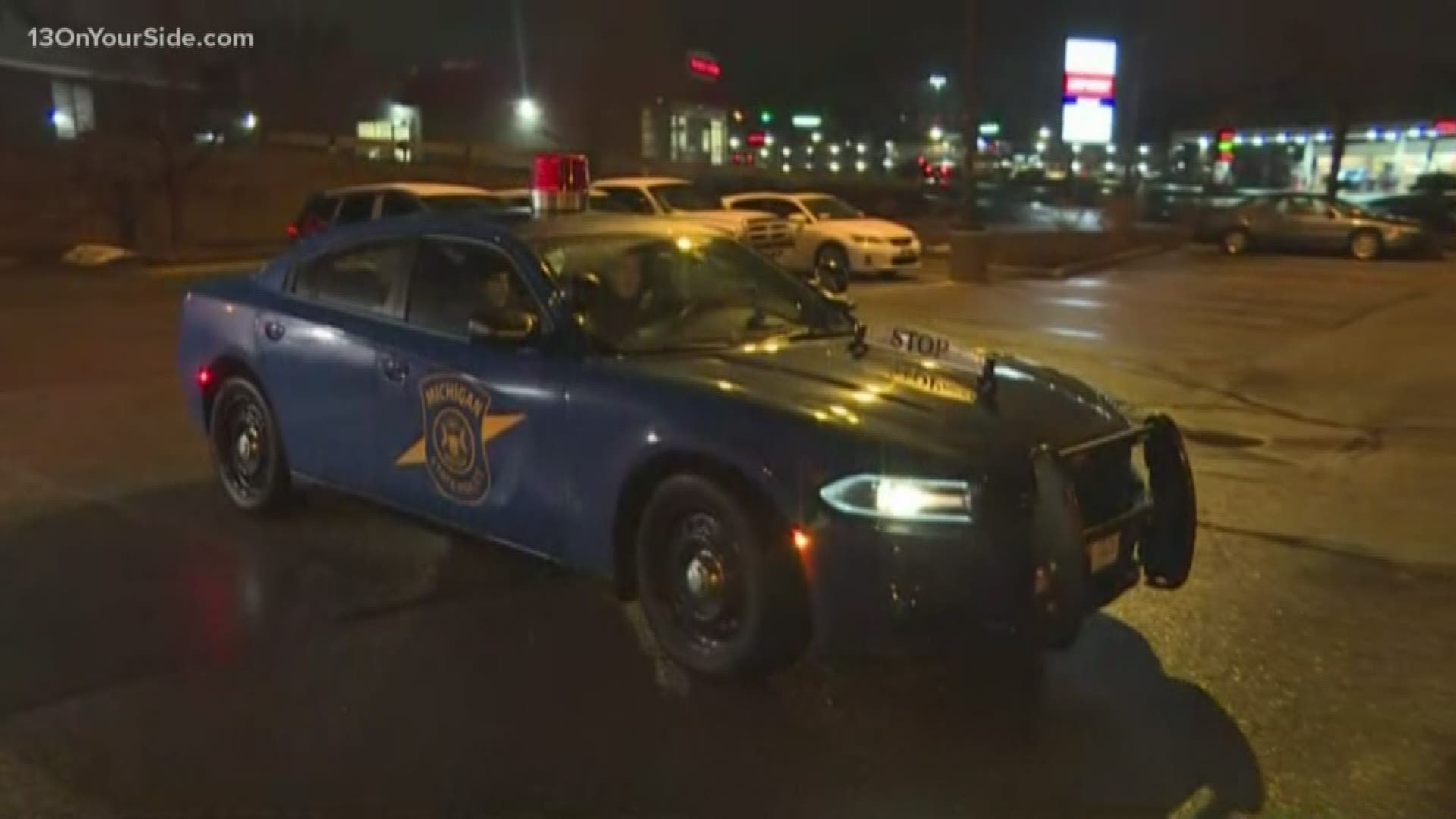